A quick summary of this episode:

The episode begins with where episode 1 left off – Yui, the Empress of Enastoria, holding an interview with the press. There’s a rude reporter but Yui faces him head-on.

The OP cuts her off  so we don’t actually get to hear her measurements. But Yui does answers. The nation’s top secret are compromised!

Yui has a conference with her inner circle. They talk about the Fall of Rimegarde. Apparently everyone in that country / city disappeared overnight.

After Yui’s inner circle brings up how the one of the mechas at the pier resembeled the one from the Rimegarde incident, Rena confesses that it was her, both times. We find out there’s a difference between Regalia and Regalia Gear. I guess Regalia Gears are knock-offs. Rena, of course, is a Regalia. They also talk about how the enemy seems to be after Rena.

They are unsure of what to do and postpone the decision until Yui feels less tired. Aoi offers some words of encouragement to Yui in the hallway.

The unnamed sisters are seen being dropped off. Guess they were using Uber or something. It seems like they’re camping? Maybe they’re drifters. 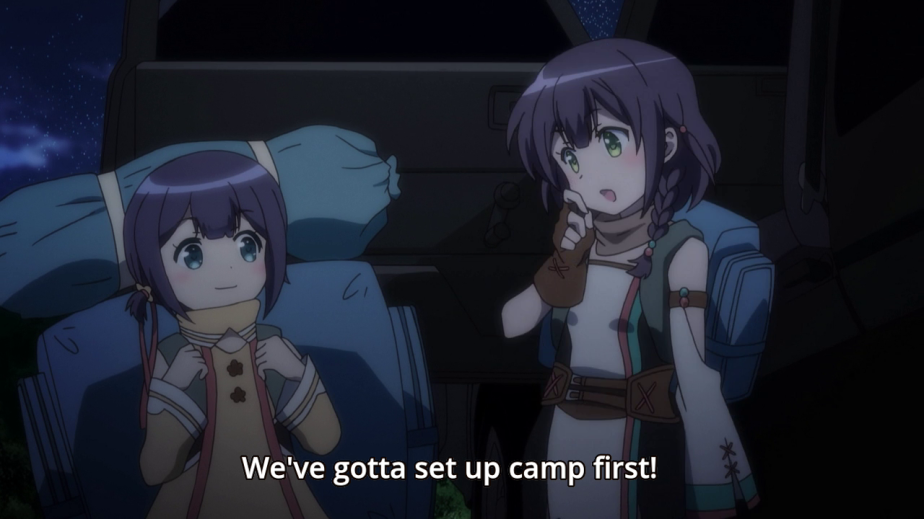 The scene then jumps to Rena lying in bed, wondering if she’s allowed to be here if she’s  just going to cause trouble for everyone. Yui reassures her.

Then the scene changes to lunchtime. Retsu / Retty is having lunch with Yui and reminds her that national secrets have been leaked! Apparently men and women alike are ordering underwear that are Yui’s size. What a popular empress!

Retty knows Yui is conflicted about considering both Rena and the citizens and points out that Rena is just another citizen to protect. This helps Yui to decide to protect both. As thanks, Yui kind of tackle-hugs Retty. After struggling not to hug Yui back, Retty jokingly (?) asks Yui to marry her. It seems like Rena has competition!

Retsu then leaves. Yui is sitting alone until Ingrid walks up to her and begins a conversation. For an empress, Yui has like no protection. Where are her bodyguards?

Ingrid introduces her organization as Yui’s enemy and asks for Yui to hand over Rena. Yui refuses. In response, Ingrid says that Rena isn’t even human. I wonder if she feels the same way about her sister, Kei. Ingrid then leaves along with the rest of the organization.

Yui then gets cornered in the alleyway by the green haired person who showed up at the end of the episode (I thought he was a girl, oops) and the rude reporter. Apparently he didn’t want the public talking about Regalia, which is why he asked about Yui’s three sizes. Turns out they’re Ingrid’s associates, too. Where the heck are Yui’s bodyguards?

Yui gets invited to a “party” by the two, who seem to be stage magicians, and is told to bring Rena. They then make a stage exit.

At home, Yui says she doesn’t have to listen to them since they obviously just want to capture Rena. After Rena tells Yui to think of the people first, Yui replies that Rena is important, too. Then they hold hands.

Yui has a conference with her inner circle. The old guy promises to send a wave of military stuff to the meeting place. However, this is a mecha series, so that’s a pointless consideration. Only mecha can fight mecha!

Yui decides she doesn’t want to abandon Rena to the enemy organization so the two of them decide to meet the enemy after holding hands again. Aoi looks pretty upset at this decision. Don’t tell me she’s gunning for Yui, too. Yui and Rena meet up with Jonny and Johann. To no one’s surprise, they summon a Regalia and they fight. Seems like Johann is the core to their Regalia. True to their mannerisms, Jonny and Johann use a ton of magic tricks to play around with Yui and Rena. It seems like Rena is doing all the work, by the way. Perhaps Yui will later rise to the occasion and become an actual pilot.

The episode ends with them trapping Yui and Rena inside of a magic box. If they can’t escape within 3 minutes, the box will explode.

While this was happening, the unnamed sisters are shown eating. They’re the reason why I’m interested in this show, to be honest.

Then the ED plays. There’s minimal animation, but there are some very pretty pictures that are similar to paintings. We get to see Yui growing up with Rena, the drifter sisters, and Ingrid with Kei. 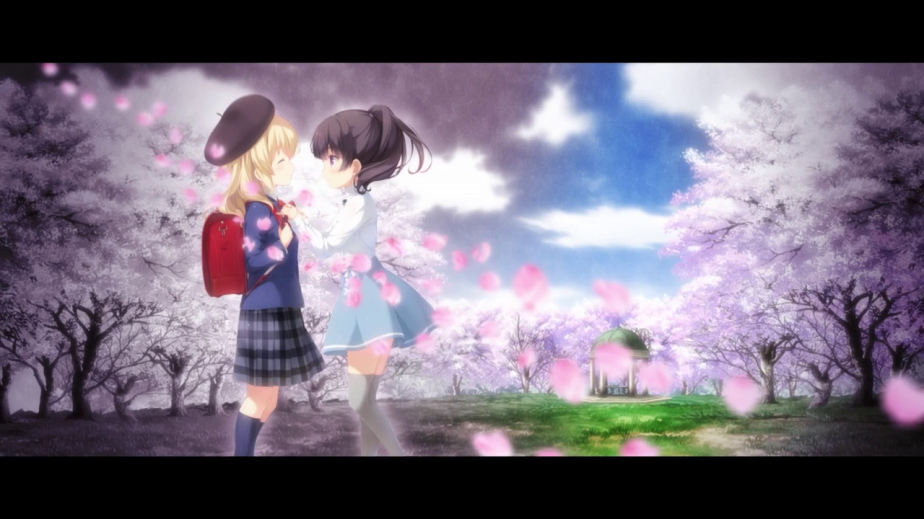 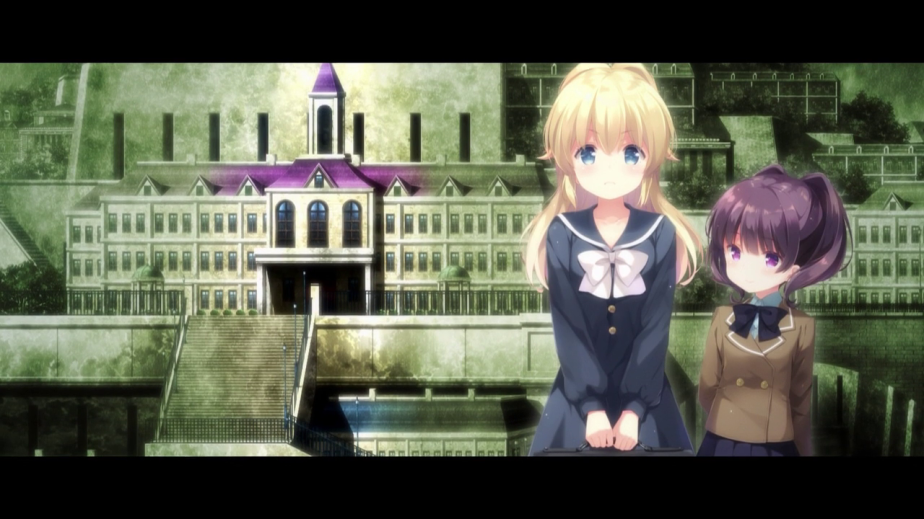 The name of the next episode is “Sincerity.” See you next week!