This week I wanted to write a short article about comic relief.

What do I mean by comic relief? The (slightly insulting) term refers to a character whose primary role within the show is to relieve tension through goofy and funny antics. In short, they are put into a series in order try to make the other characters (and the audience) laugh.

Oftentimes the comic relief role is given to a younger character (which I guess makes sense since kids sometimes do not fully understand a situation’s gravity or tension). However, that isn’t always the case; they are plenty of teenager, young adult, and older characters who serve as the comic relief and who attempt to keep everyone from stressing out too much through jokes or pranks and such. At any rate, posted below is a picture set of Hisanuma Sayu (from Nagi no Asukara) making the audience laugh through the power of her naivety. 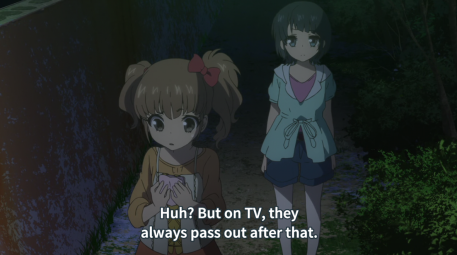 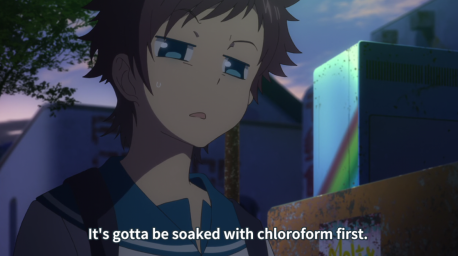 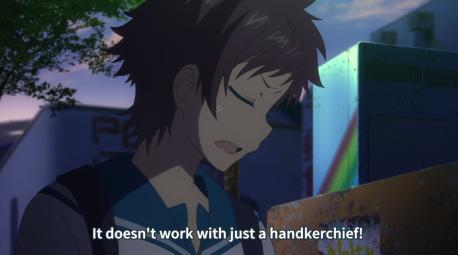 Since their purpose is to relieve tension, comic relief characters also tend to be resistant to dying. An example of this would be Isaac and Miria, the goofy outlaw couple from Baccano! They are basically never injured despite being in a series that is crammed with murder and violence. In an amusing twist, however, they are revealed to be immortal the one time they receive a critical injury.

However, it doesn’t mean that comic relief characters are completely immune to disappearing. When the goofy character is killed off, suddenly stop appearing within the show, or start acting super serious, it almost always means that everything is about to get worse. The tragic, dramatic moments would be diminished if there’s someone is acting silly, you see, so they gotta go (or stop being goofy) in order for the characters and the audience to feel completely miserable! I won’t provide any examples here since that would probably be spoilers.

Not all is good for the comic relief, let it be known. Some readers/viewers/watchers may dislike them, claiming that they don’t really serve much of a purpose outside of providing a laugh or two, that the way they break the fourth wall is silly and unneeded, that they don’t really fit the mood or genre of a show, and so on. Puck and Isidro from Berserk would be examples of characters who receive flak for being comic relief. Your mileage may vary in regards to whether or not they deserve that sort of reception.

What do you think? Are comic relief characters needed to lighten the mood? Do you have any favorites?

2 thoughts on “Wednesday’s What About: Comic Relief”