Lewdness: 3/3 (Lots of Yuri Sex should you install the Director’s Patch)

It turns out I was mistaken about this game since you do have the option of playing as a girl. Seems like I messed up at the very beginning.

There’s a lot of choices throughout the story, but the only one that matters is the one at the end where you choose which girl to be with. The illusion of choice is prevalent here.

No voice acting, either, which is fine. Having the option to just read characters’ lines really speeds up your progres in a visual novel, after all.

The OST is uninspired and monotonous. It actually got on my nerves within a few minutes of playing. I’m not saying that the OST is pai and is probably the weakest point of the visual novel, to be honest.

The story is passable. I do like how it explores some important themes (such as self-confidence, social interactios with others, bullying, etc), but the exploration is shallow and takes a back seat to the fanservice scenes.

The character art is pretty (as expected of Razz), but I do find it hilarious that Dawn is wearing the memetic keyhole turtleneck (aka the boob window sweater) since that’s a dead meme by now. At least the characters aren’t completely one-dimensional since they displayed considerable hidden depth (typically whenever you and the girls have some heart-to-heart talks). 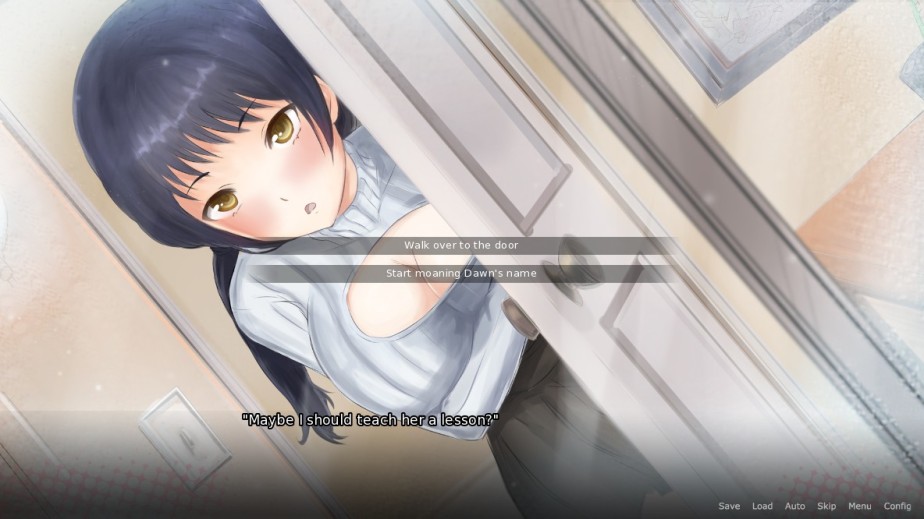