It’s been over a week since you kindly nominated me, I’m sorry! But thanks, D!

You all should really check out D’s anime blog if you’re looking to read detailed anime reviews, by the way. The blog doesn’t disappoint! 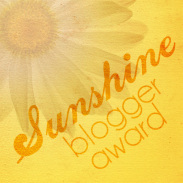 1.   Your opinion on the manga vs anime discussion?

I appreciate how manga is quicker to browse through. But anime does have shiny bells and whistles such as music and voices. I guess I dislike how studios have to cut out things in order to make the episode fit neatly into their timeslot, but that can’t be helped. It is nice when shows add stuff that makes sense, too. I’m probably not answering this question correctly since I feel like these are two mediums that have their own strengths and weaknesses. However, I do think that if you’re a fan of the series, you should at least check out both the anime and the manga if you have the time.

Hmmm. It’s probably when I got socked in my lower back. I got a little upset when one of my classmates in Chinese school laughed at how I bumbled an easy translation, so I jabbed him in the face. However, he got super angry and I cowered, which allowed him to punch me freely. I couldn’t really run properly for a while, haha. It’s my fault for losing my temper so quickly.

It’s either that or when I spilled piping hot chicken cup noodle on my leg. It became super puffy and looked more like a balloon instead of a leg for weeks. It was painful putting on pants!

Last time I answered a question similiar to this, I had said Aim and Ignite by fun. is my favorite album. But right now I’m rediscovering how much I loved “I LOVE YOU,” by lasah. So I guess my current favorite is lasah since I have had her album on loop for the last week or so?

It’s not that I hate it, but horror keeps me up at night. Not the kind of “I’m-thinking-about-what-could-have-been,” either. More like “those-characters-might-not-have-deserved-their-fates-yet-still-got-screwed-over-because-they-had-the-bad-luck-to-run-into-the-supernatural.” I have a hard time accepting how innocents suffer, actually. It just doesn’t feel right.

5.   A fictional character you wouldn’t mind marrying (or living with platonically if marriage and all that stuff ain’t your thing)?

All girls with DFC are on my radar. I guess if I were to pick a girl from the shows that are currently airing this season, it would have to be Honda Tamaki from Stella no Mahou?

6.   A story/song that always makes you cry?

“The Servant of Evil” by Akuno-P, I suppose. However, I haven’t gotten into the EXPANDED UNIVERSE of the Evillicious Chronicles, so maybe I’m missing a few interesting details. The story is sad enough as is, though..

That would either be Brother Green Eats or Northernlion. I appreciate how the Brothers Green try to promote dishes that anyone can do, even though they do go a bit overboard when it comes to reactions. It’s tough going up against those cooking videos on FaceBook, too. But they do have character.

Northernlion’s voice is very pleasant to my ears. I often listen to his Let’s Plays, particularly his “The Binding of Isaac”episodes since I play the game every so often. The content only gets more hilarious when he plays with his friends, too.

9.    The last complete anime you watched/manga you read?

That would be Bleach, I think. I guess one-shot yuri manga or yuri doujinshi wouldn’t count!

Light novel author, I think. I do enjoy writing, but it’s been a while since I’ve had the time.

11.   The anime character you hate most?

Hosakawa Kanako from the Maria-sama ga Miteru franchise. Admiring someone even though you don’t know them well at all? Hating that same individual when it turns out they’re just people, too? Yeah, I’m not about that.

This is always the hardest part.

I hope I haven’t nominated someone who’s already been nominated, but here goes!