This episode had some unexpected twists (in my opinion), touched upon what it means to work, and demonstrated the strength of Chitose’s huge ego.

Well, I wasn’t expecting Kusure, the series Chitose and her co-workers were voicing as heroines, to be finished this early into Girlish Number. I thought the show would closely follow Kusure on an episode basis, to be honest.

There is a second season announced for the light novel, however, which leads me to think that’s what the second half of Girlish Number will focus on. But with the author losing motivation (and maybe some of his sanity) as well as the anime being a disaster with its sloppy animation, overworked workers, poor reception, and going into the red (aka deficit), it seems like there’s going to be an uphill battle before they even get to work on the second season.

The episode moved me a little when several characters talked about work. “It can’t be helped. I’m an employee of this company. No matter hard it is, and no matter how much I suffer, I still have to work. That’s what a job is.” What a great speech, Towada AP.

Lastly, we got half of what we’ve been waiting for. Remember the adage, SAGEAGE (aka Smug Anime Girls Always Get Exposed)? Okay, I know it probably won’t catch on…but the point is that we want to see smug people get their just desserts. The tears running down the face of someone who was acting like a hotshot are delicious! And we do get that! 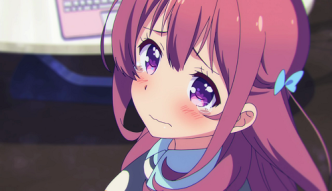 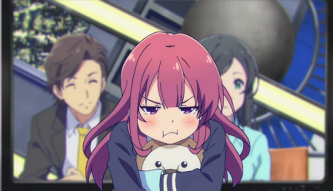 However, Chitose continues to have an inflated opinion of herself and only wants to hear praise. I guess it’s to be expected, but there was at least three instances in this episode where she could have done some self-reflection (overhearing a conversation at the anime store; seeing the difference between her and Momoka in terms of popularity; and watching the live stream’s comments about her). I guess she needs something even more drastic to cause her to change.

Meanwhile her fellow newbies are growing more hopeful and are aiming to not just be popular but good. It’s clear they are closer to having the right attitude in regards to work compared to Chitose. It also turns out Chitose is just trying to look like she gets along with Yae and Koto. Maybe one day they’ll actually be friends, but Yae and Koto seem to genuinely like each other. 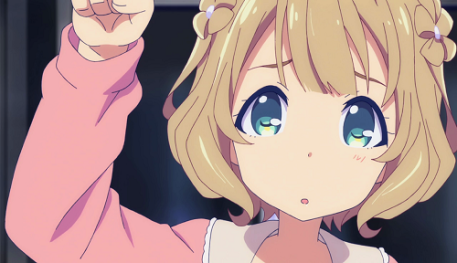 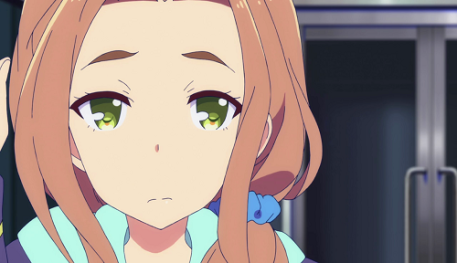 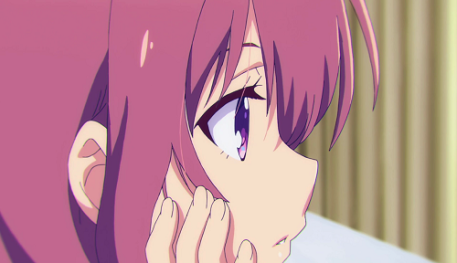 Next week’s episode is titled, “浜辺の千歳と通らぬ予算.” See you next week!