Citrus, the popular yuri manga writen and illustrated by Saburouta, is going to receive an anime adapation! The planned airing date is unknown as of now, as far I can tell. Unfortunately the article is in Japanese, but it seems to be genuine? Hopefully this isn’t another false alarm.

Fashionable Yuzu imagined the first day at her new school she transferred to after her mother’s remarriage a bit differently; she didn’t know it’d be an ultra-strict and conservative girls’ school. So instead of a sweet high-school romance, she butts heads with the stern student council president Mei—who turns out to be her new step-sister. And she has to learn that hate and attraction are often not that far apart.

So for those of you aren’t in the know, Citrus is a popular series about pseudo-incest (by which I mean tons of sexual tension between two step-sisters).

Personally, I’m of the opinion that Citrus is a poor choice for an anime adapation. The plot has really stagnated lately, for one, and the characters angst for chapters on end after a single kiss. I find myself more interested in Harumi, to be honest, but I have a bad habit of getting attached to side characters.

Nevertheless, it’s a popular series that has enough chapters to make an anime adapation feasible. And I have to admit the art is fantastic, but how well will that positive transition to the anime adpation? We will have to see.

The article also mentions feature articles involving Yurihime and Netsuzō Trap -NTR- (written and illustrated by Kodama Naoko). I’ve written about Netsuzuō Trap before, by the way. The manga series is still ongoing, but you can read my thoughts about it over here. 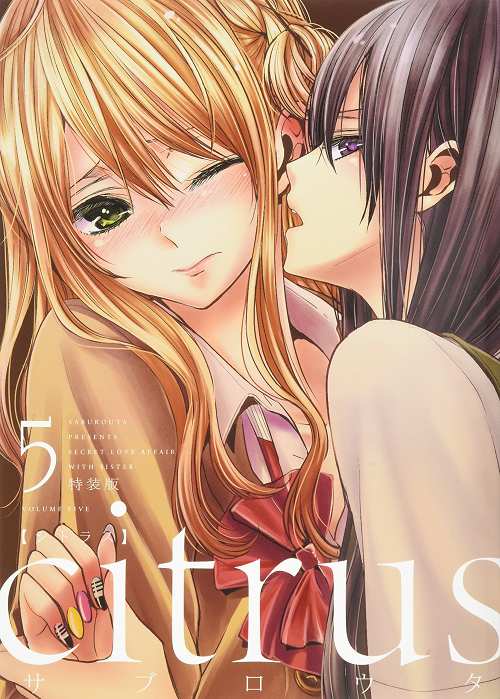