Communication. It’s what people attempt to do in real life when they want something, like expressing their feelings or asking for a glass of water because the restaurant put too much MSG in the food. But it’s also what some characters in anime and manga tend to not do.

(Spoilers for Flip Flappers and Saki in this post)

A lot of conflicts and situations in anime and manga can be solved, remedied, or avoided outright if the characters involved just sat down and talked. Unfortunately, that would also mean a juicy source of tension and conflict would disappear.

As a result, some characters seemingly lose the ability to communicate out of nowhere. They struggle to coherently convey to others about this or that. Sure, it means a lot of drama is sure to happen, but, in my opinion, it leaves the reader or viewer frustrated as the situation unfolds.

One such example can be found in the currently airing series, Flip Flappers. The main character, Cocona, finds out that her childhood friend, Yayaka, initially forged their friendship in order to keep tabs on her since Yayaka belongs to an evil organization (in episode 10). 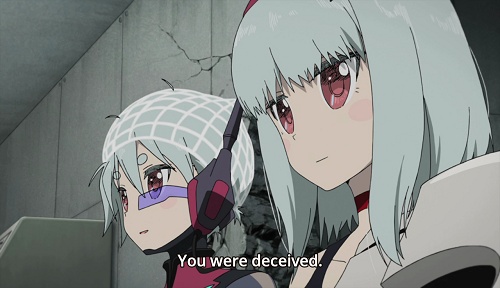 I understand that Cocona had no time to clear up this misunderstanding (it was a pretty unsettling reveal that left her feeling betrayed, I’ll admit) since said evil organization had basically invaded the base in order to capture her, but she ends up flipping out on her partner, Papika, and starts jumping to conclusions and throwing around accusations about how everyone has been deceiving her. 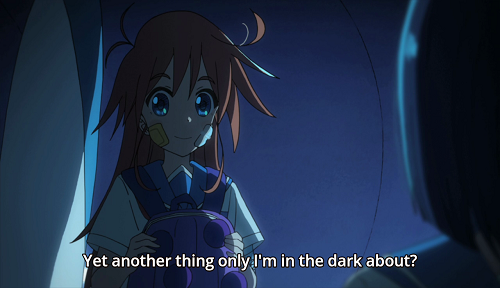 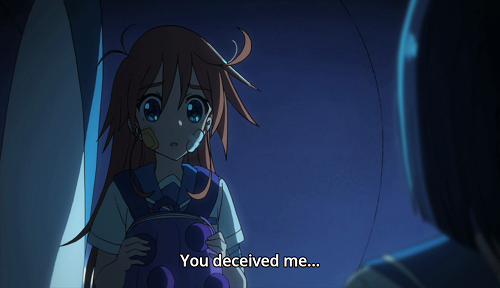 This isn’t the only incident where Cocona is shown struggling to talk about how she feels. Instead of trying to get Papika to help her understand who Mimi is after hearing Papika mistakenly call her Mimi, Cocona just throws tantrums and doesn’t give Papika a chance to explain herself (episode 9). 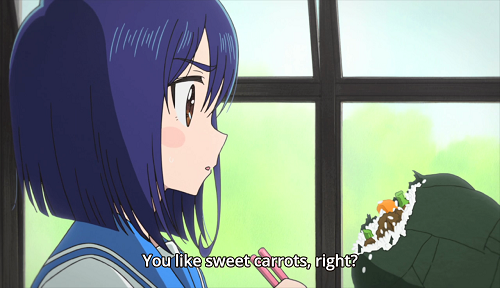 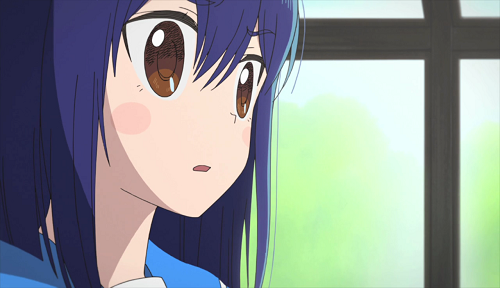 And when she did start asking Papika for answers, Cocona is impatient and dismisses her answers since she’s already made up her mind (episode 10 again). 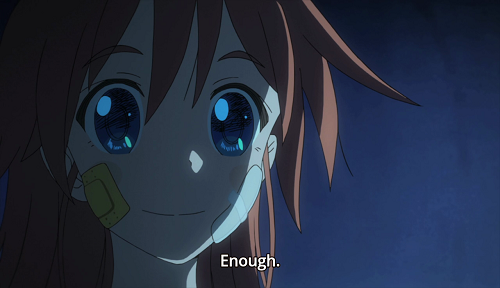 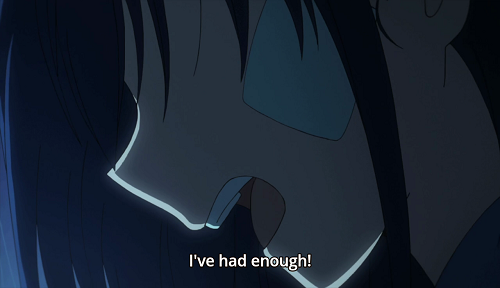 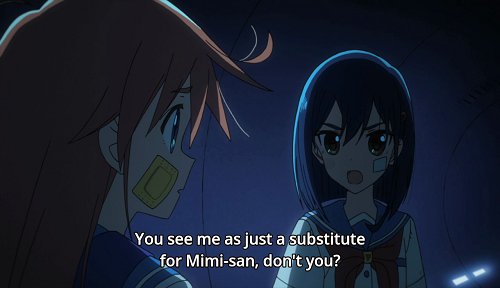 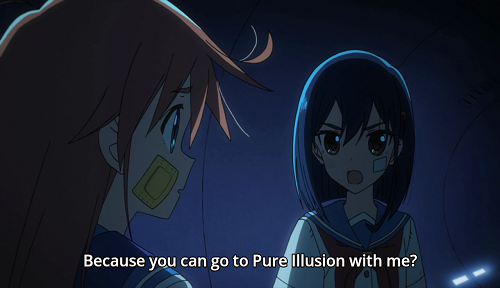 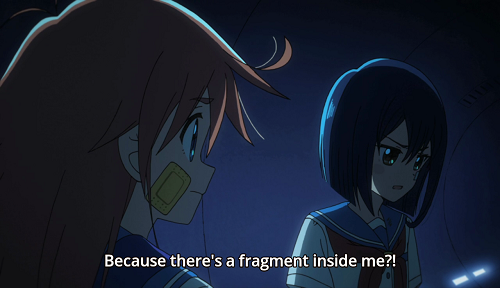 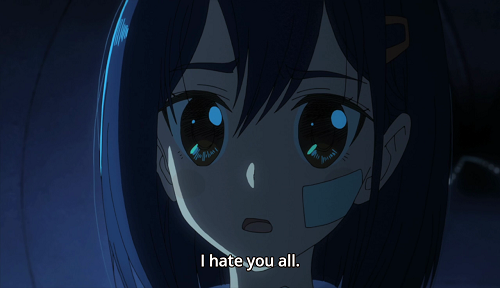 This is apparently justified since Cocona has an underdeveloped sense of self and is anxious to find a place where she belongs (in my opinion), but seeing these repeated instances where she basically acts like a child agitates me nonetheless.

Now jumping to a series in which I’m heavily invested (to my detriment; I’ll talk about it in some other post later), Saki also features several misunderstandings which either serve to drive the plot forward or to keep the readers amused.

The main character, Miyanaga Saki, aims to reconcile with her older sister, Teru. There was a time when both sisters were close, but something happened and now they struggle to communicate. Saki has made attempts to talk to Teru, but Teru continues to brush her off. This leads Saki to believe that Teru is still angry at her (again, I must stress we don’t know why). 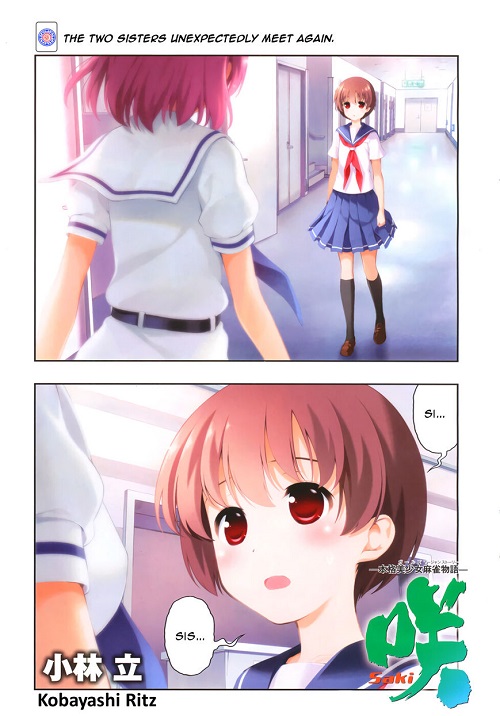 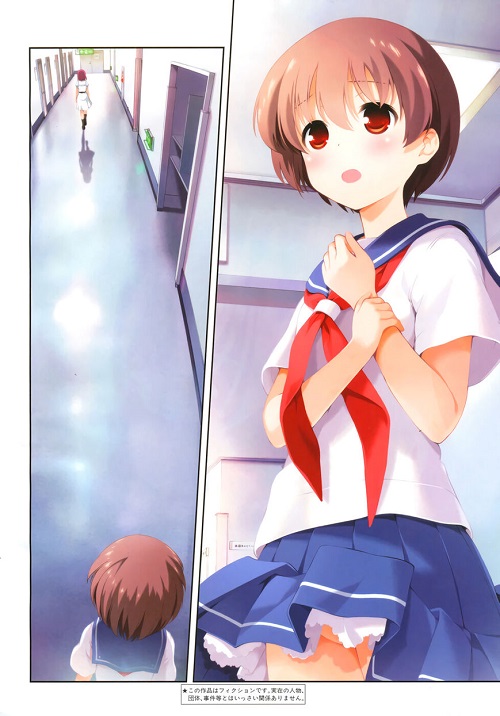 However, it’s revealed in chapter 167 that Teru isn’t angry at Saki. She just doesn’t know what to say to her younger sister, so she brushes her off and ignores her… only to essentially collapse upon reaching her school’s designated break-room. As a result, the cold mahjong prodigy looks vulnerable and depressed over how she doesn’t know how to communicate with someone who used to be so close to her. 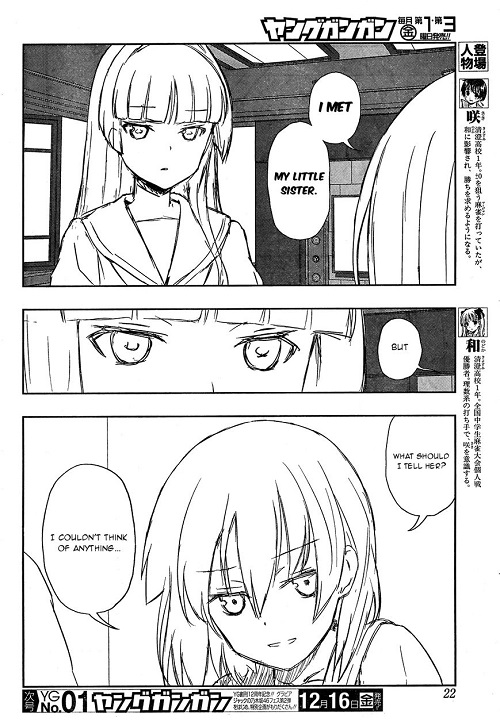 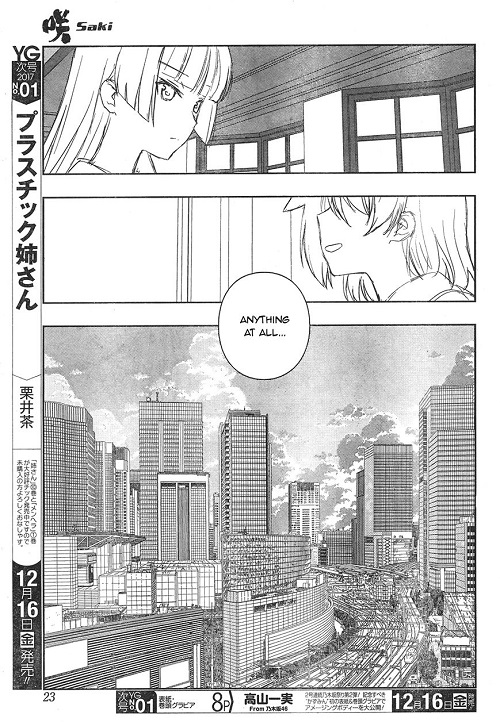 That being said, it’s not like all misunderstandings are bad. They essentially define the rom-com genre (then again, your milege may vary in regards to the rom-com genre being good or bad). Think about it: what if characters always knew how to properly communicate? There would be no tongue-tied people in love, no admirers struggling for episodes and/or chapters on end to confess. Lovestruck characters would confess, get shot down or find their love accepted, and that’ll be the end of that! Stories would be boring.

There certainly wouldn’t be any tsunderes (you can decide if that’s a boon or a disaster). I, for one, would be sad to see Suehara Kyouko being more honest with her kouhai, Ueshige Suzu (from Saki, once again). Kyouko’s tough love (in the form of writing on Suzu’s head with a marker) is quite endearing to me.

It’s probably the only way Kyouko can express affection to her junior yet it leaves Suzu confused about what Kyouko thinks of her. Yes, the yuri googles are on and I cannot, shall not, will not take them off.

Sorry if this post didn’t make much sense. I guess I’m just tired of seeing characters failing to just talk things through when doing so would solve a lot of conflict. I know that it’s humorous or even needed in some instances, but it does grate on my nerves a little bit.

What about you? Do misunderstandings and instances of miscommunication tickle your fancy? Do you prefer seeing characters struggle in this manner? I’d love to hear your thoughts in the comments section!

20 thoughts on “Miscommunication in Manga and Anime”