Agari wakes up after dreaming about her match with Zakuro (you know, the girl she fought back in episode 9). She acknowledges that her play isn’t up to par, but she resolves to fix this during the training camp.

As the girls get ready to go to said training camp, however, a former teammate swings by. Her name is Tsukinowa Kumami and she now attends Tsubame Academy.

There are three things to note about Kumamin.

1. She seems to get upset at seeing Koyori tug at Agari’s sleeve to the point that her eyes just becomes dull and lifeless. Perhaps she is jealous of Koyori getting all close with Agari (who Kumamin calls A-chan). 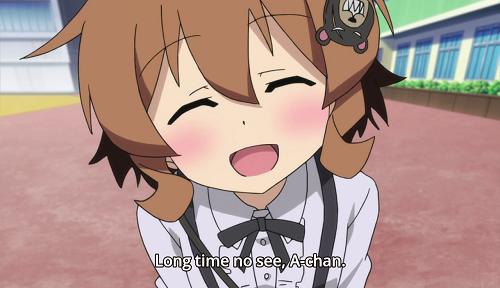 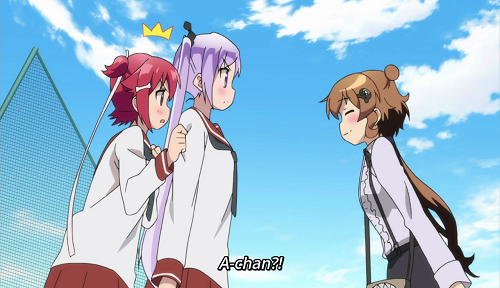 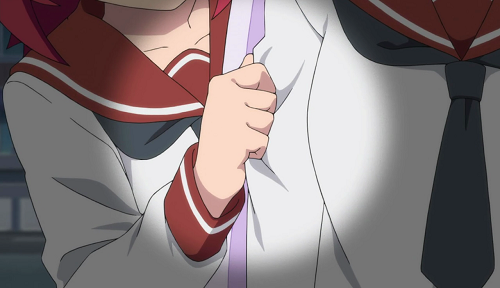 2. She’s a skilled ventriloquist. Maybe I’m jumping the gun here, but that almost guarantees that she’s hiding something or at least keeping something bottled up inside in my book. Nearly all the ventriloquists I’ve seen in fiction seem to use their skill to talk about repressed feelings and such.

At any case, Kumamin sure does have a rough-sounding voice despite usually acting (or trying to act) like an upper-class girl. 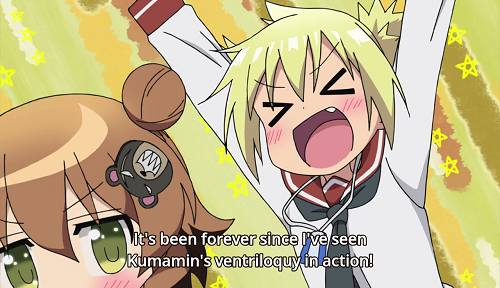 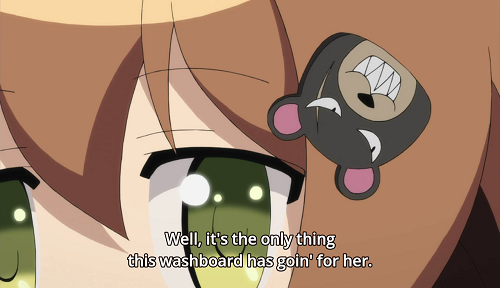 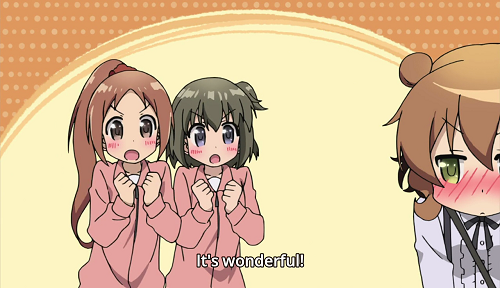 3. She refuses to play Agari in ping pong. Kumamin won’t even state the reason why, which is why Agari remains on edge for most of the episode. Probably ties back to the previous notable thing I mentioned earlier, too. But who knows? 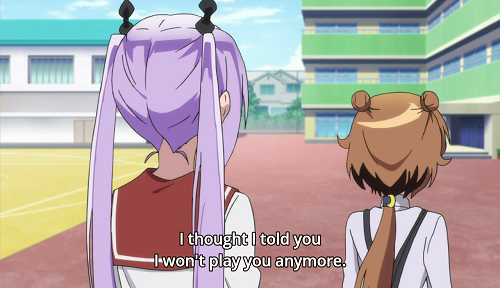 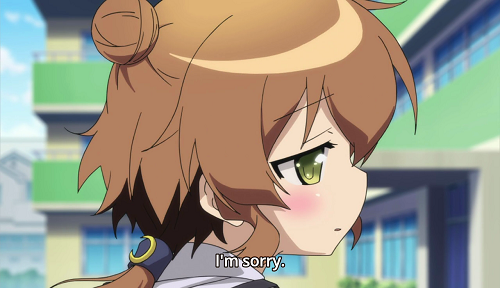 Then the rest of the episode is all about the first day (and the very beginning of the second day) of the training camp, which is taking place in an inn, I believe.

The girls do drills, the girls oogle boobs, the girls get exhausted. Standard fare for a training camp, wouldn’t you say?

Koyori perks up once the Captain announces that it’s time for Smash Practice. She does well and Munemune’s boobs bounce well, too. However, Agari’s forehand smashes are not lethal at all and are easily returned by the Captain as smashes.

This is bad news for Agari. If the Captain, who has admitted that she’s not the best at offense, can handle Agari’s smashes that easily, then what about other opponents who actually play an offensive game? She’ll get destroyed.

Agari muses over this while she basks in the hot springs with Koyori, Hokuto, and Hanabi. I ain’t going to show my readers images of scantily clad middle schoolers, don’t worry. But I did note that the Captain and Munemune were nowhere in sight. Maybe they were doing some…extra practice in private? ( ͡° ͜ʖ ͡°)

Then the girls go to sleep. Hanabi sure does move around a lot in her sleep!

As expected, Agari can’t sleep so she gets out of bed and walks outside. Koyori chases after her and soon Hanabi and Hokuto also join. They get Agari to confess that she’s been feeling down about her forehand smash sucking as well as Kumamin refusing to play her in table tennis. In the end, the three girls help their friend realize that all she can do right now is practice and get better at table tennis.

Agari is looking a lot better the following day. Hopefully she’s out of her slump!

Well, I could have just summarized this episode in a few sentences, which might lead you to think that the episode was boring. There were some common events that popped up which kind of seem cliche at this point (the secret late-night rendezvous in particular), yes, but I liked the episode! Said events are basically main-stays in all-girls anime by now, anyways.

At this point, however, I’m going to be pretty mad if the show is only a single-cour. It seems unlikely, but everything would be too rushed if they only had one or two more episodes.

Next week’s episode is titled, “ふたりでならどこでもでも.” A lot of Agari yelling in the episode preview. She also helps out one of the freshmen. I am not against another episode focused on Agari, so yay. See you next week!