In this episode alone, she managed to win over a lonely genius (I’m talking about Arisa, who turns out to be the freshmen students’ representative and who did really well on the entrance exams) by basically following her everywhere. Turns out Kasumi can convince a girl to give her an expensive guitar for (essentially) free by accompanying her to school and home, eating at her breakfast table, helping her clean the warehouse, and by shedding a few tears when said guitar is accidentially damaged.

Okay, I’m being a bit pessismistic and it wasn’t quite that simple, but Arisa totally definitely didn’t have to give Kasumi the guitar. I mean, the guitar was potentially worth 300,000 yen… But friendship (and plot) demands that she willingly hands the guitar to Kasumi instead.

The episode ends with Rimi, who can play bass guitar and who was invited by Kasumi to join her band, telling her sister, the guitarist for Glitter*Green (the band that played in episode one) that she isn’t joining Kasumi’s band. That totally conflicts with what she told Kasumi earlier when she invited Rimi to join. Quite the change of heart! 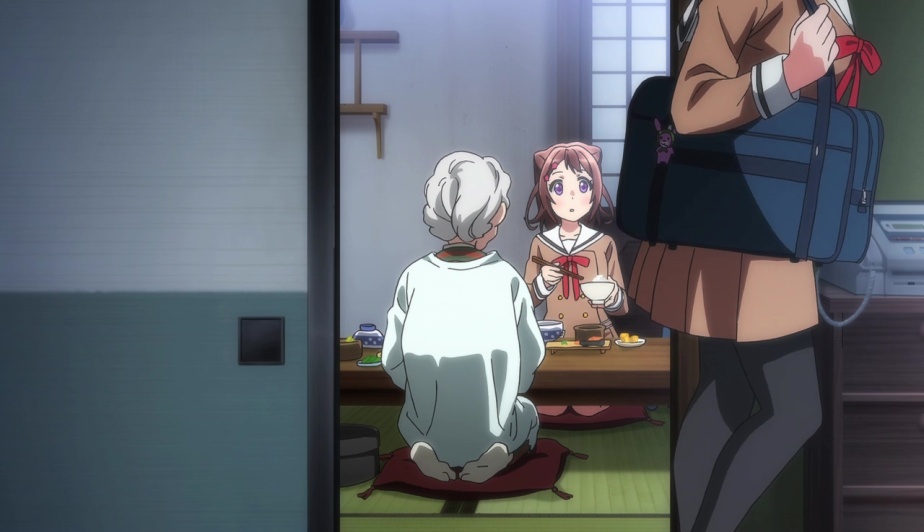 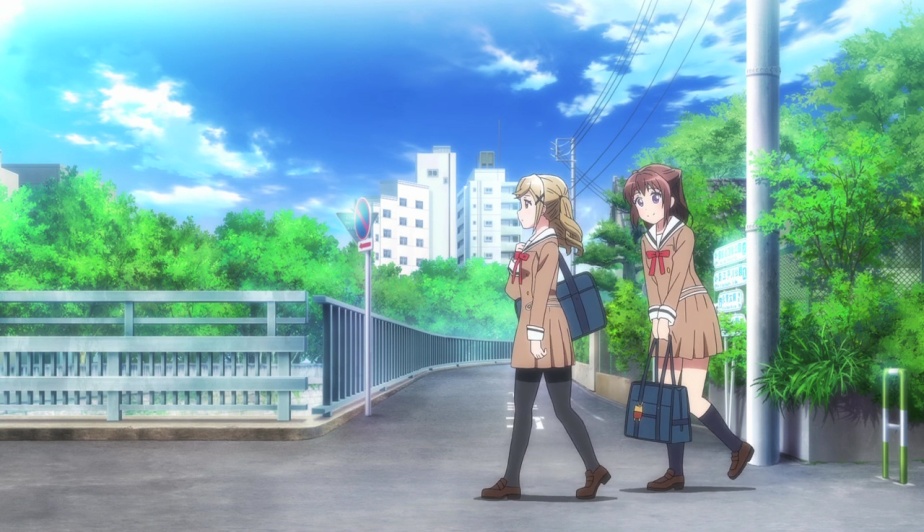 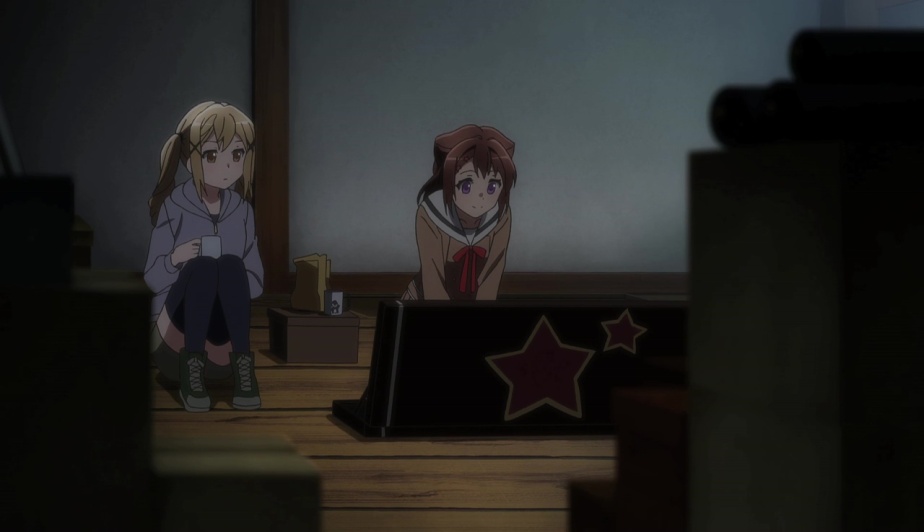 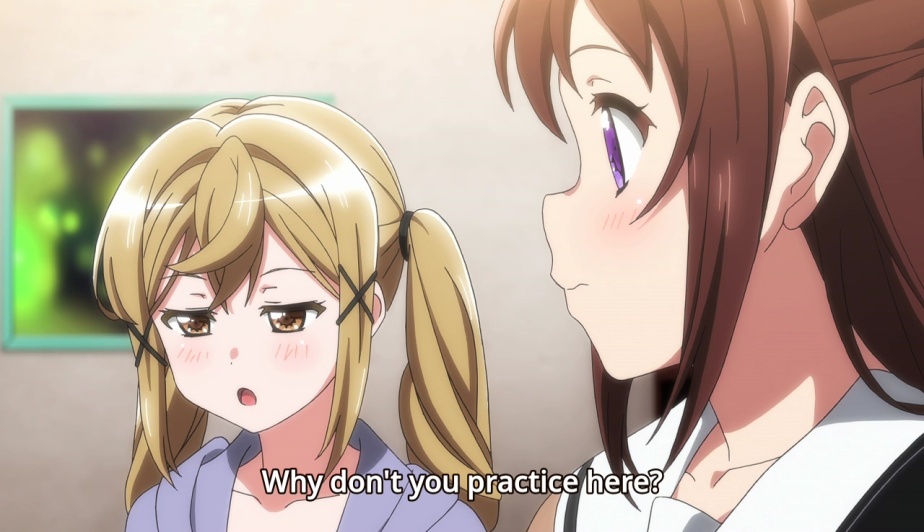 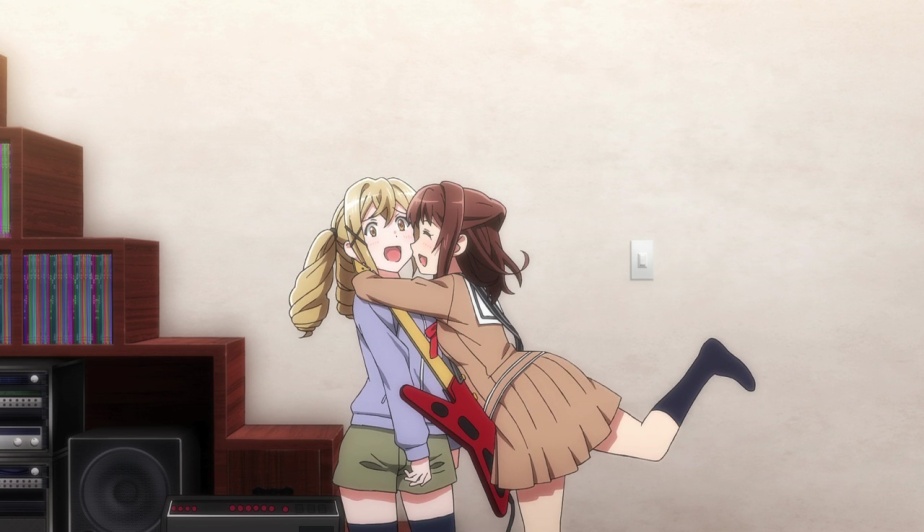 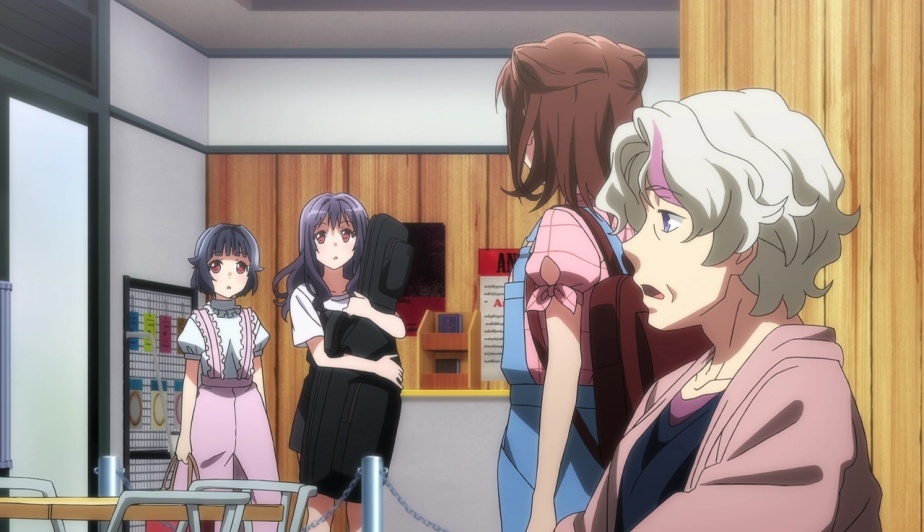