The girls end up taking shelter in a rundown building due to the rain. Kon, Koume, and Nono worry about all the bad omens they’ve encountered earlier today, but Chiya tells them that they’re all together and this makes this whole experience more fun than scary or unlucky.

The second part of the episode has Nina-sensei changing their usual lecture session into a study hall session because everyone (besides Kon) failed the mole divination test. Yes, they’re reading fortunes off moles / beauty marks.

They use Kon’s body to practically apply their knowledge of mole divination (which ends with Kon running off with Koume in hot pursuit). Nina is visited by Saku and reveals she feels lonely that Nono isn’t relying on her as much. Meanwhile Chiya cheers Nono up by drawing a mole by her shoulder blades, which is supposed to signify that someone is both assertive and daring. 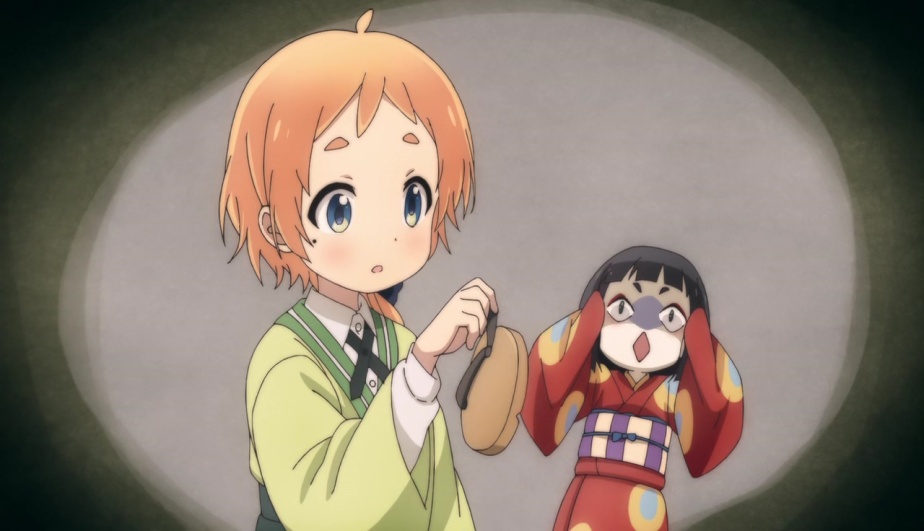 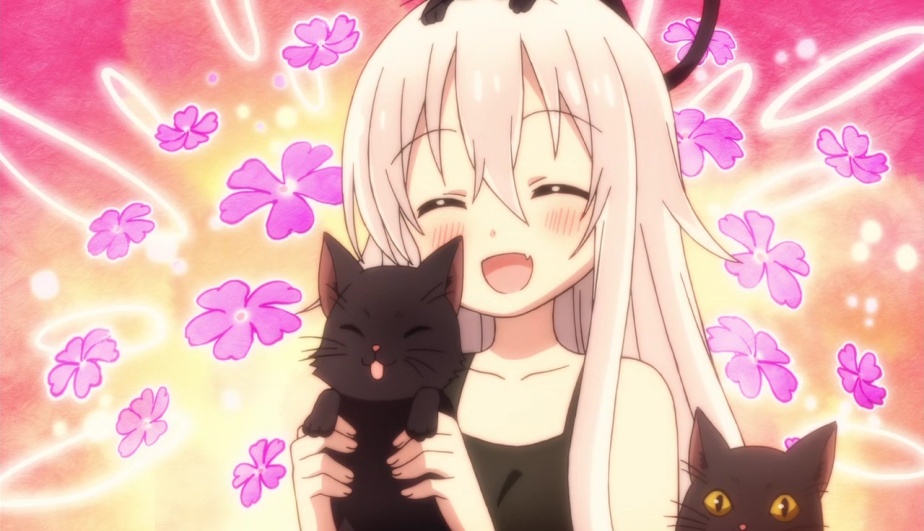 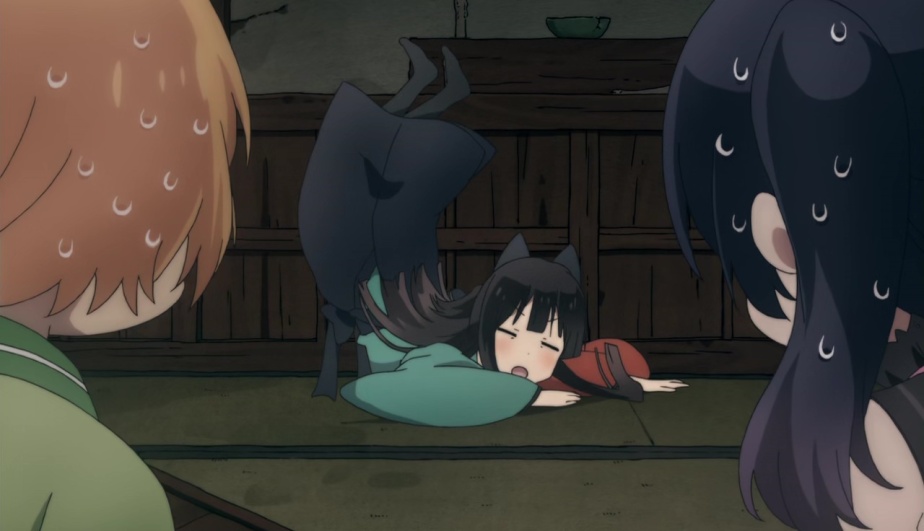 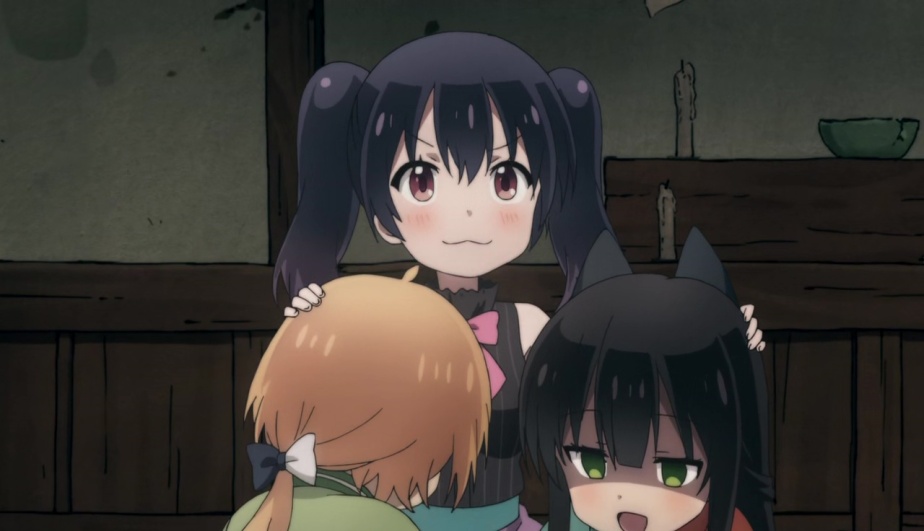 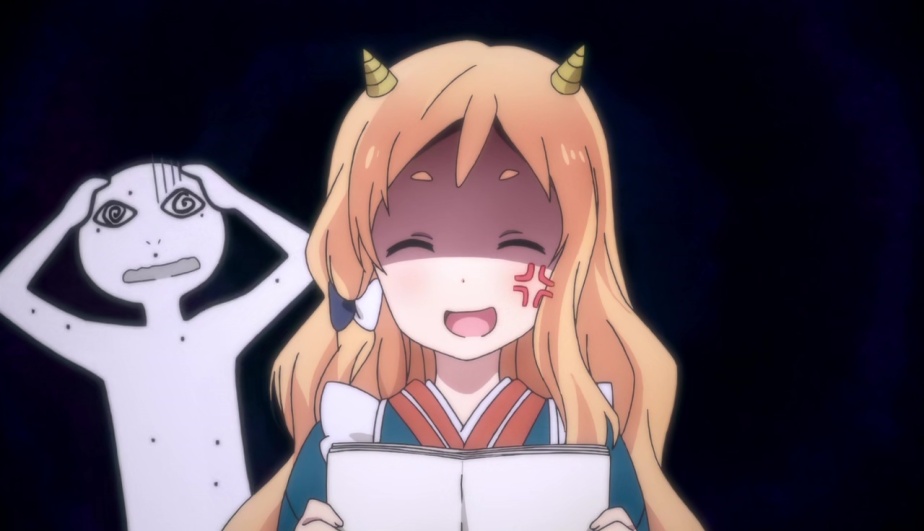 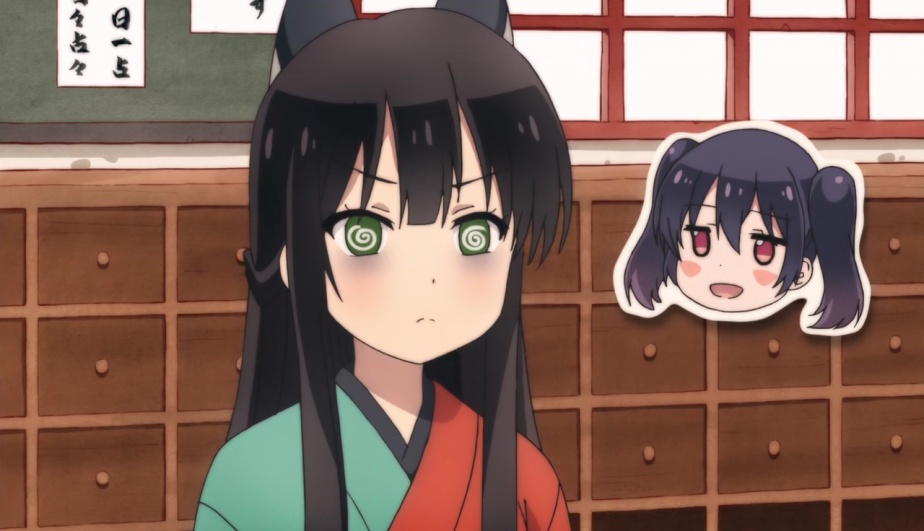 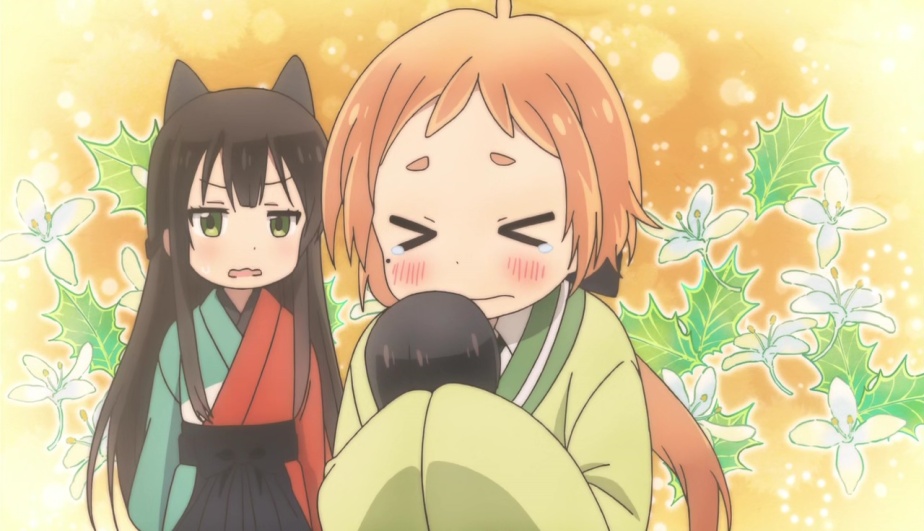 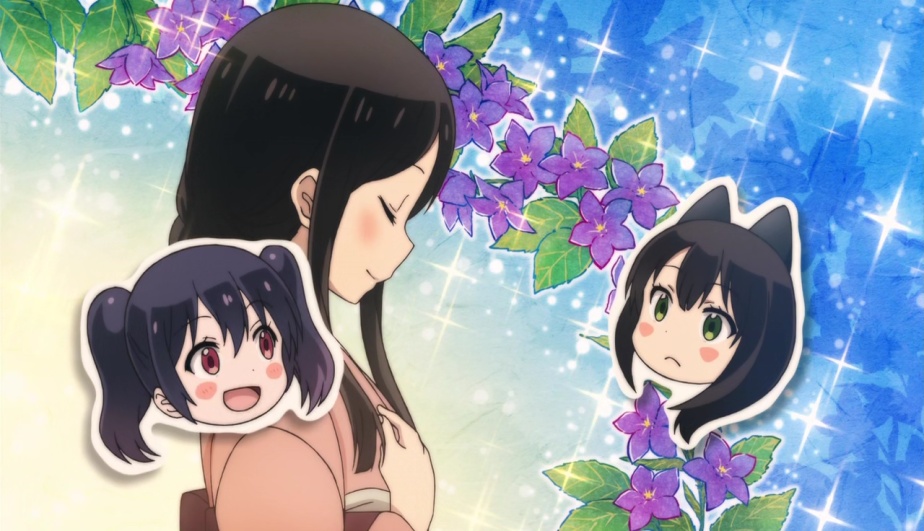 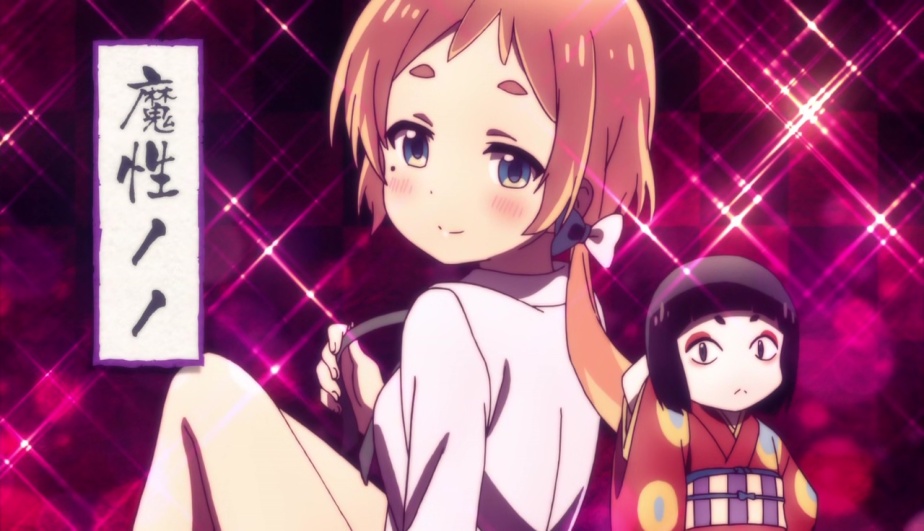 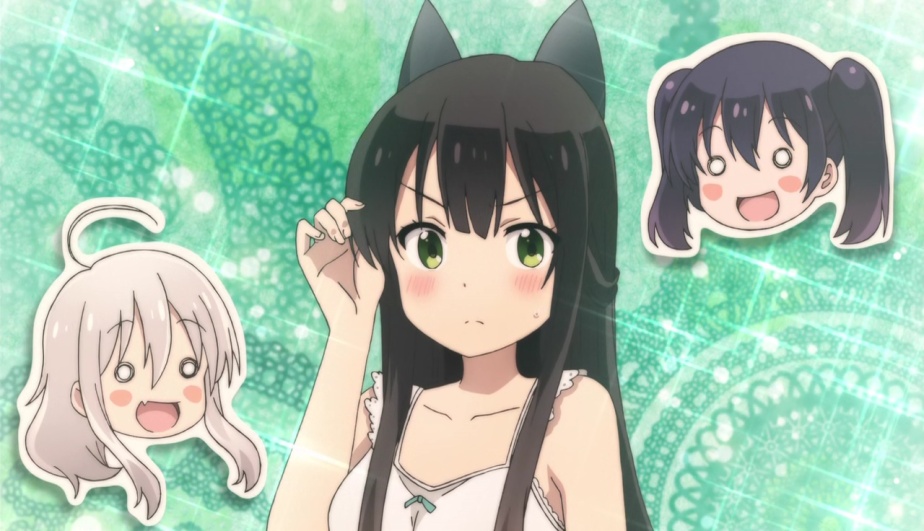 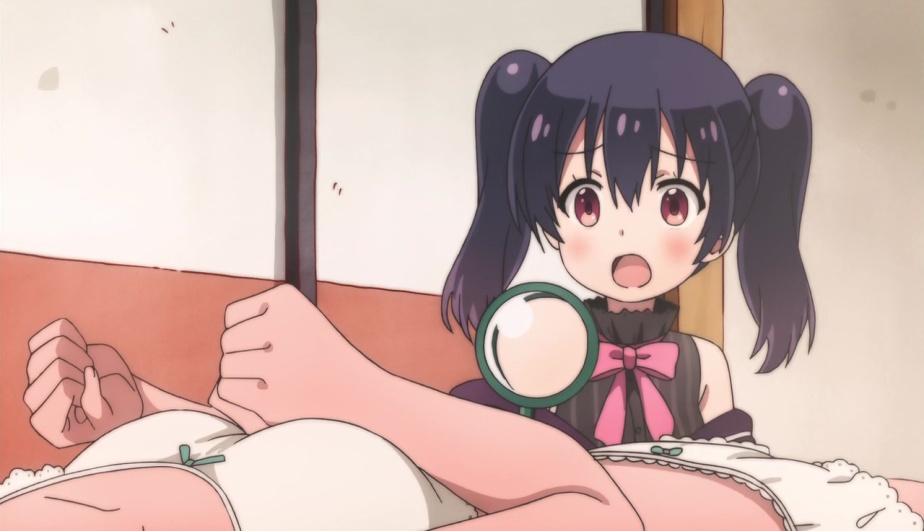 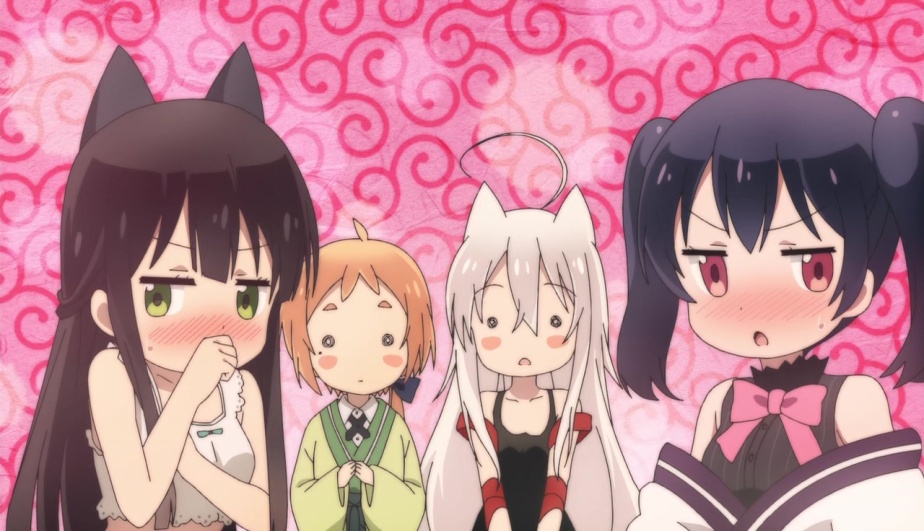 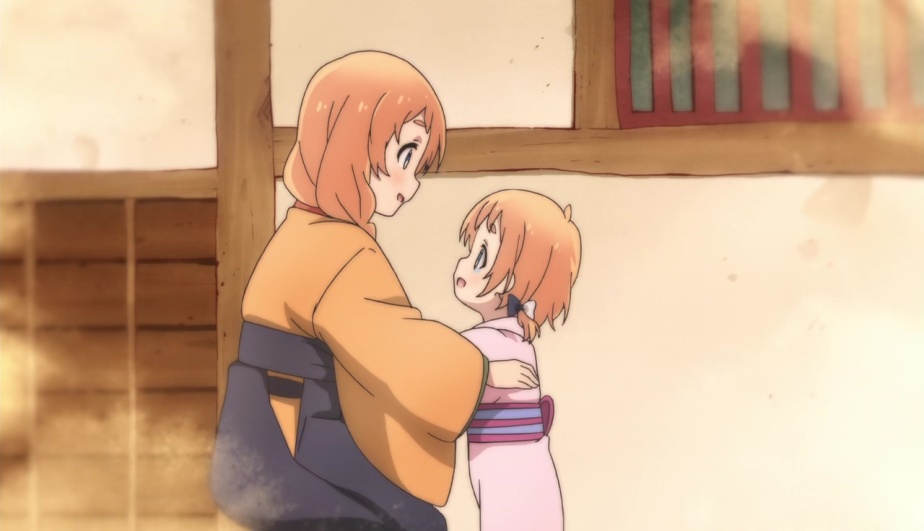 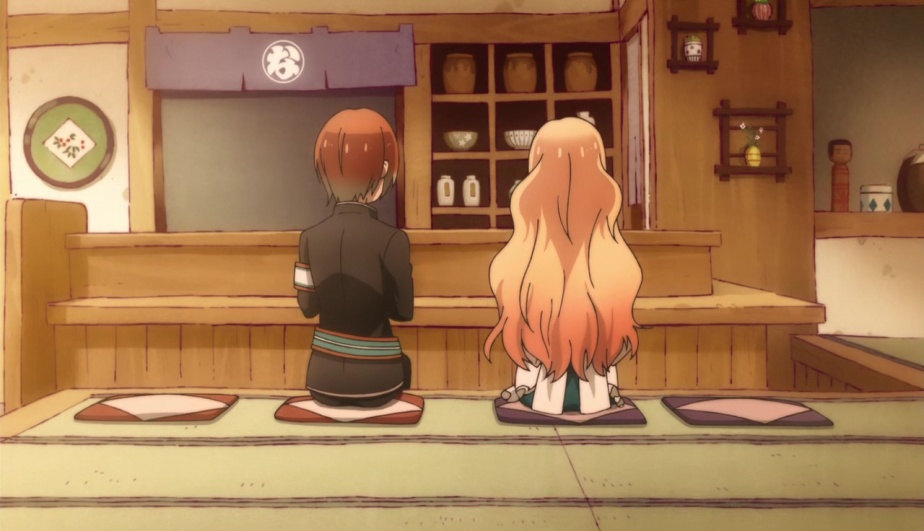 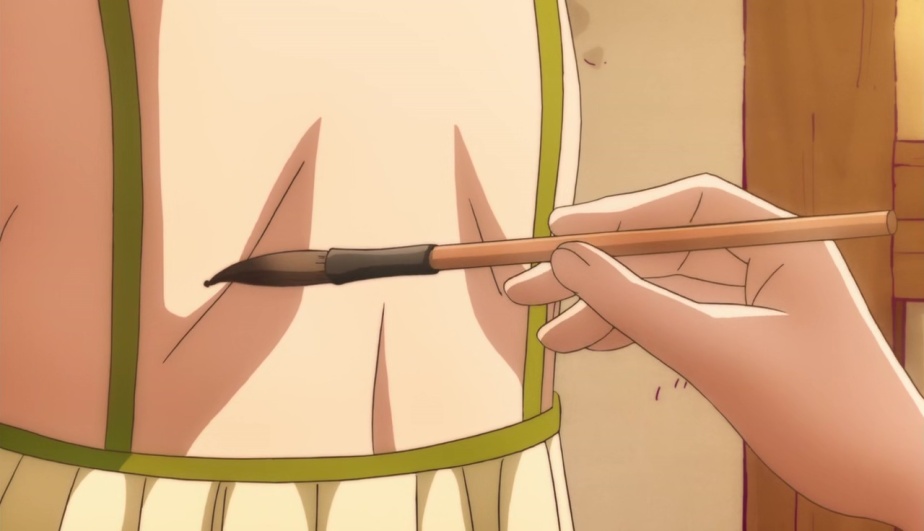