The episode title, as usual, does a decent job summarizing what happens.

The first half of the episode has Chiya, Kon, Koume, and Nono trying to memorize 100 invocations for a test. All rank 10 Urara must pass this exam so there’s no way around it. The girls try to dimiss invocations as being meaningless words, but Nina-sensei refutes their claims by saying that invocations are basically the way Uraras asking if they can borrow power from gods.

Nono really struggles with the conception of reciting the invocations (her shyness with strangers extend to the gods, apparently), but Kon is quick to insist that they’re all rivals and they need to look after themselves. I guess she’s right, considering how they had only a day to memorize 100 different invocations, but it came across as being rather harsh.

In the end, Nono, who starts singing invocations to help her memorize and recite the words, and Kon manage to pass the exam (Koume and Chiya failed, as expected). Nono tells Nina-sensei that she intends to become a full-fledged Urara and thanks Nina-sensei for singing to her as a kid. Seeing her kid sister grow up so fast causes Nina-sensei to have conflicted feelings and she comes crying to Saku, her friend who happened to drop by.

The second half of the episode features Koume’s backstory. When Koume was young, a transfer student, a witch from France called Marie Quispilquette, stayed over at her house. Long story short, Koume really looked up to Marie and wanted to be with her at all times. Unfortunately, Marie was unfairly blamed for a local disease that was ravaging the town at the time and was forced to leave. Koume still wanted to be her apprentice, so Marie said that she’ll only accepted Koume as her apprentice if she becomes the strongest witch in the country. And then she left.

Koume then reveals that she believes that Marie was actually trying to discourage her from becoming a witch by setting such a tough task. But she’ll try her best nonetheless (and so another girl has set her sights on becoming a rank 1 Urara).

The episode ends with them trying to fly on Koume’s broom (which is actually Marie’s; the witch left Koume her broom and witch hat as momentos) and utterly failing. 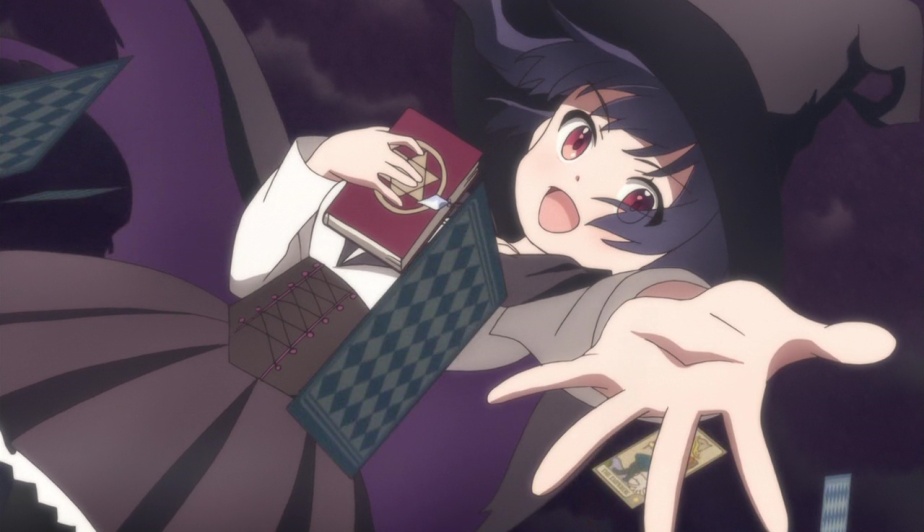 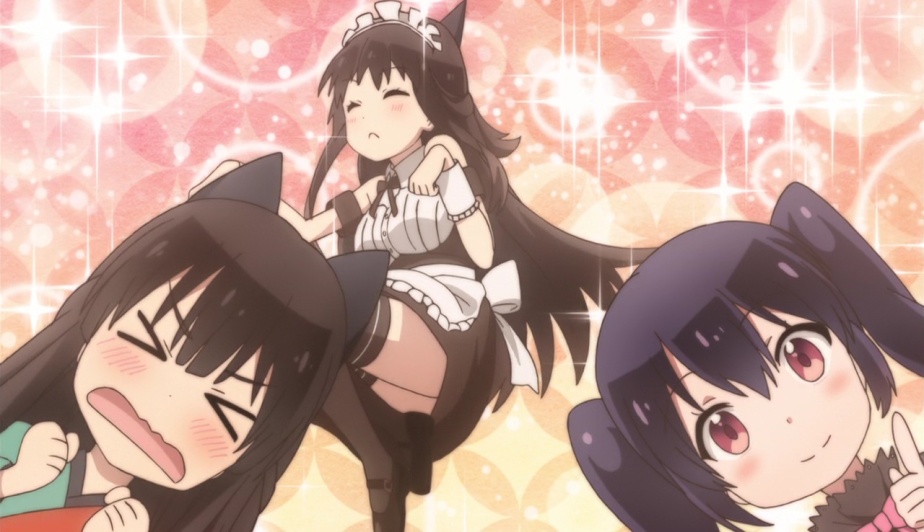 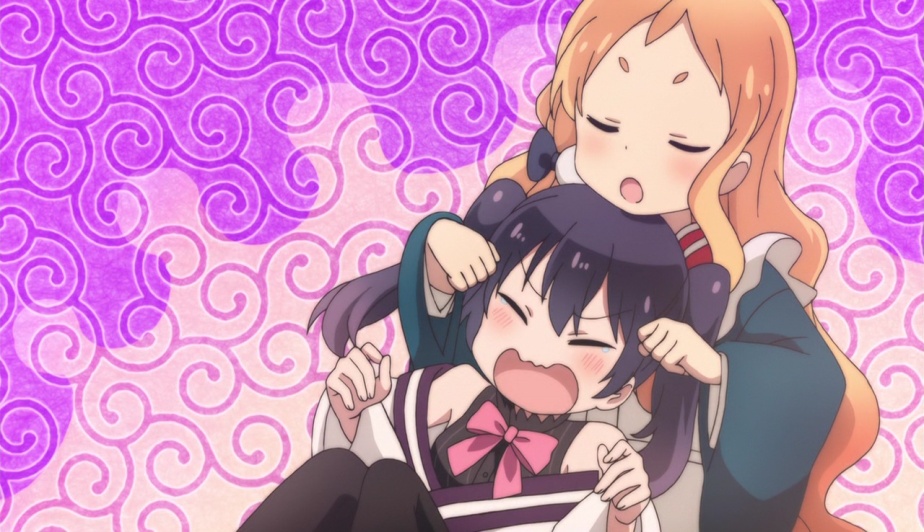 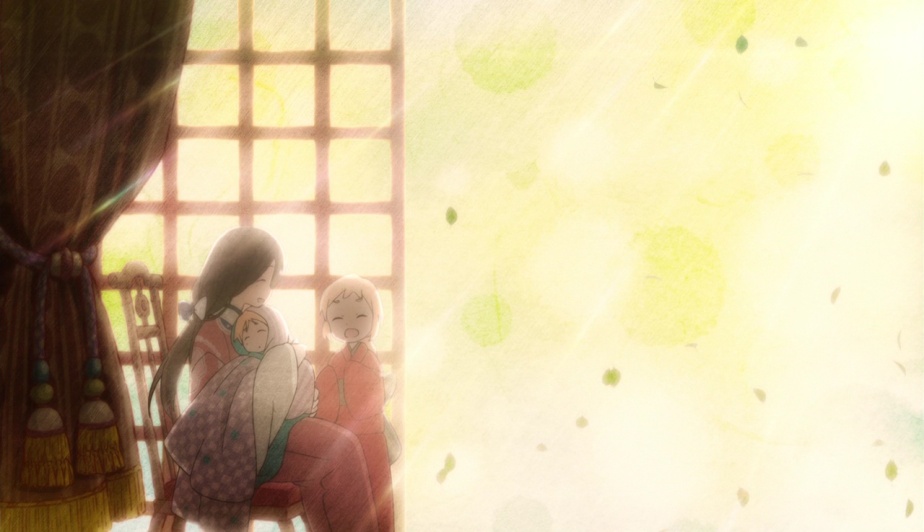 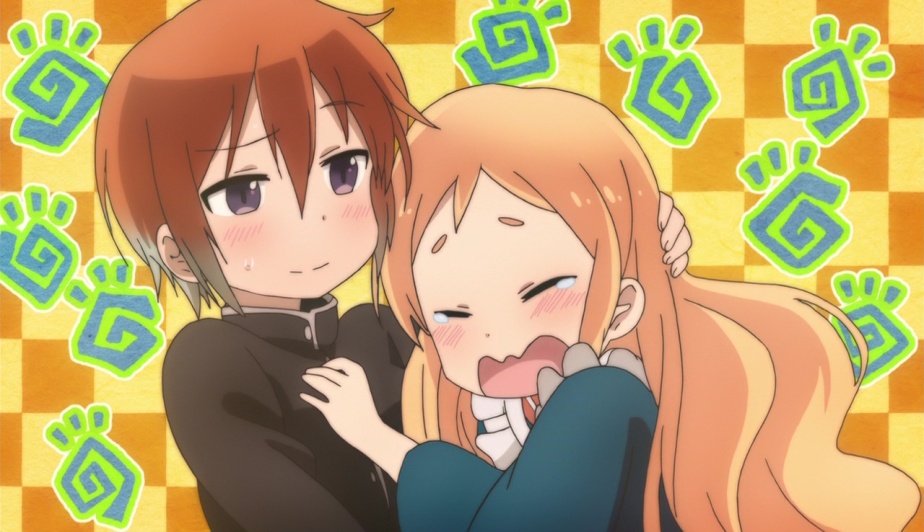 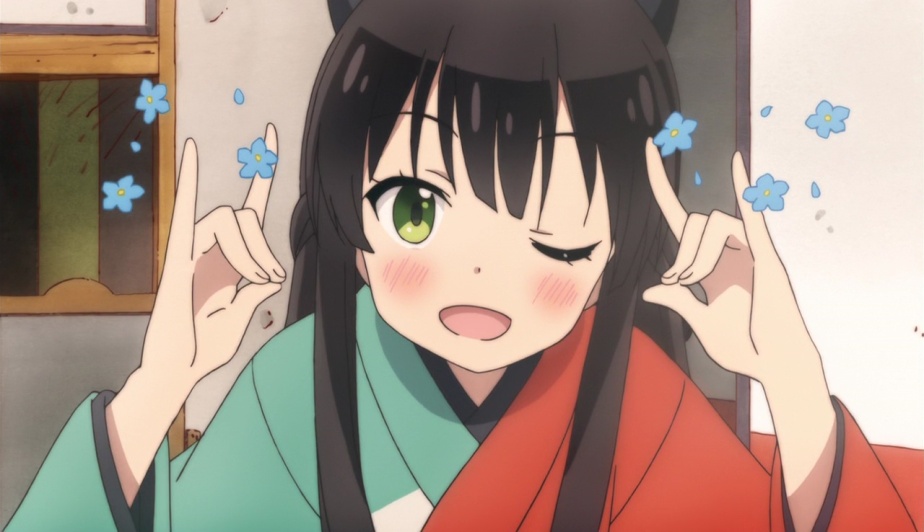 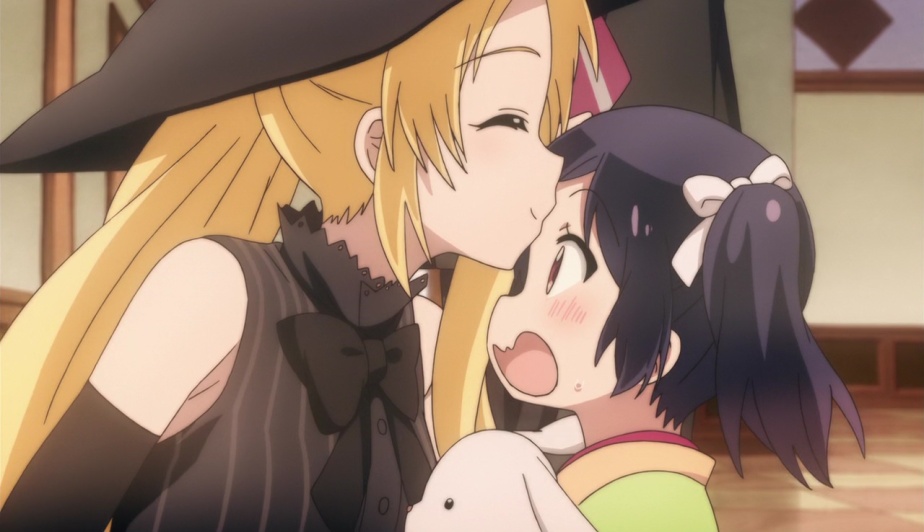 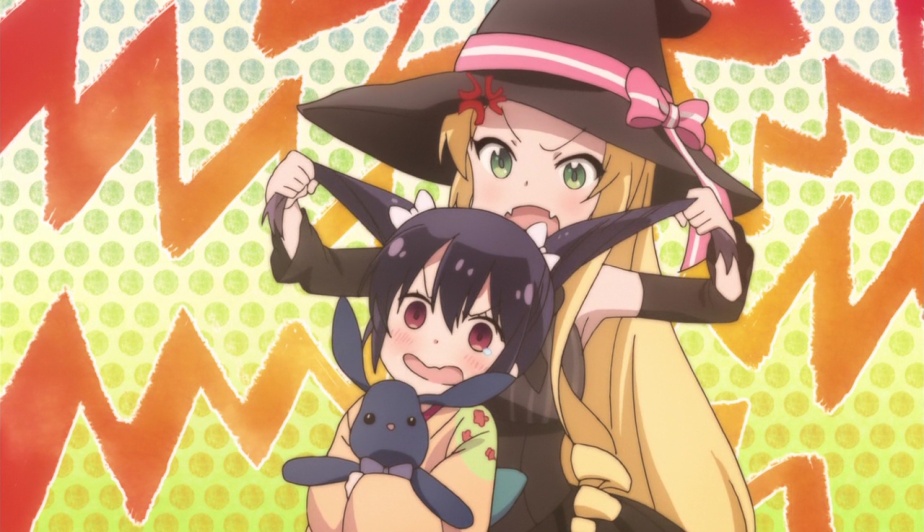 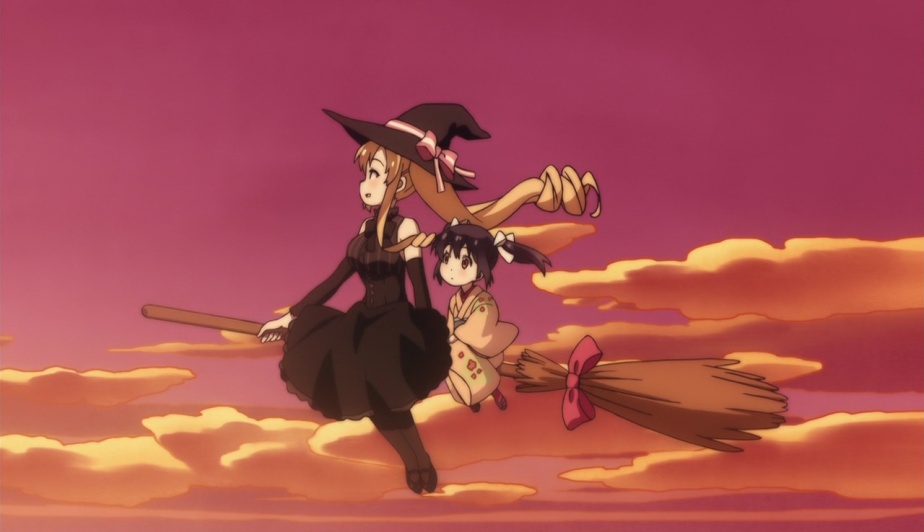 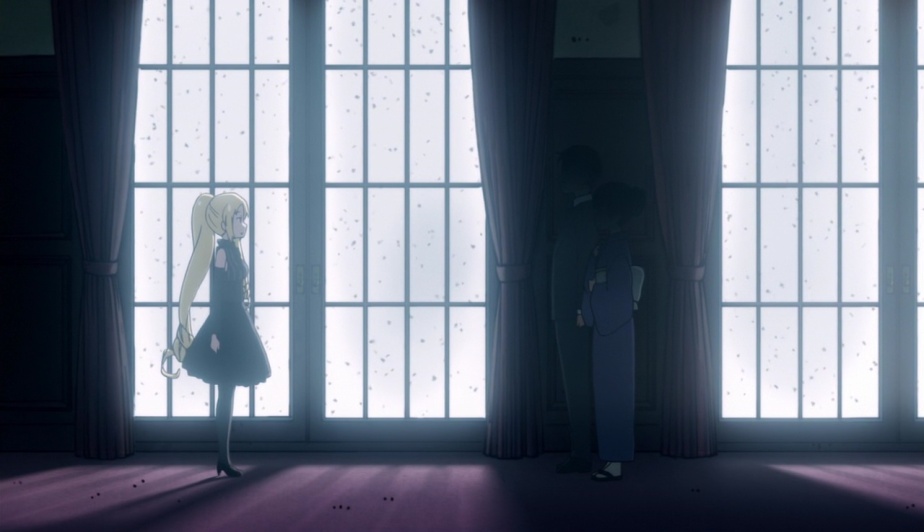 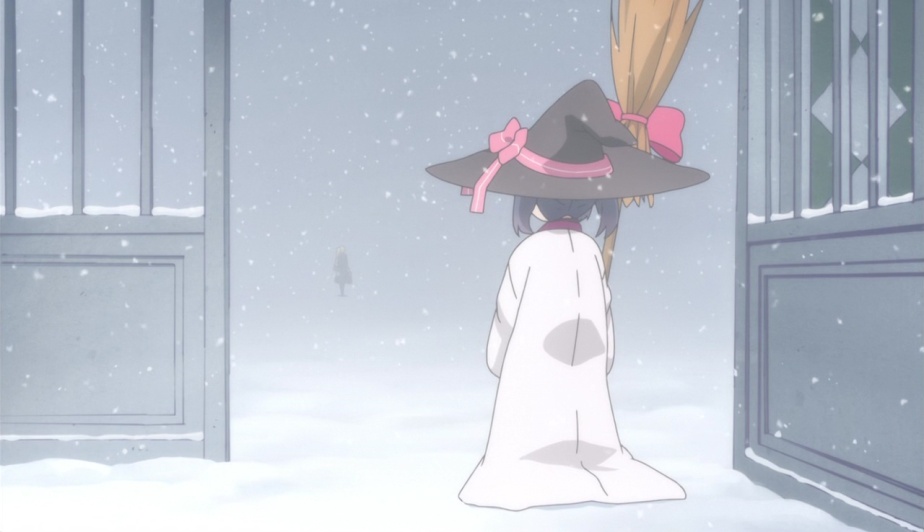 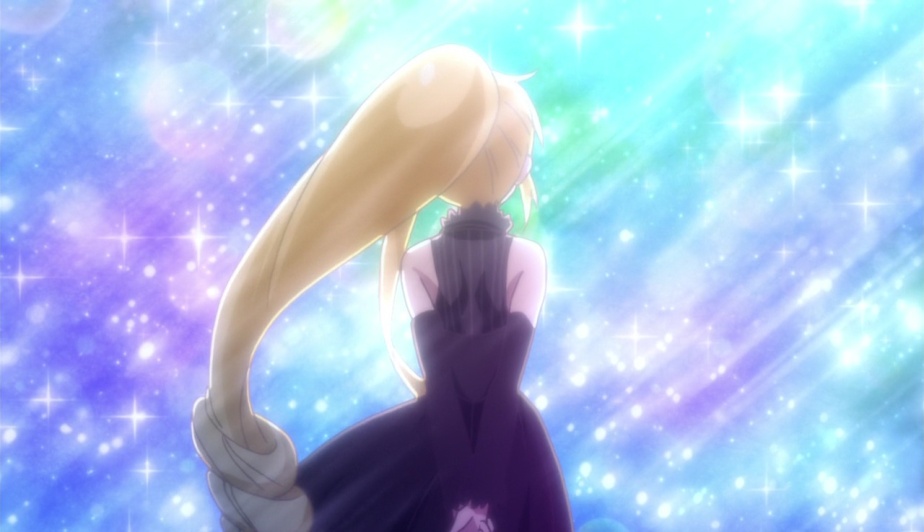