It seems like I’ll be continuing this series, yay! I guess it should be labeled as a playthrough series, huh?

This is actually as painful to do as I thought it would be. If I continue doing these, I’m going to be skimping on details so I don’t spend several hours on these posts when I could be doing other things.

Makoto and Mina meet up at the train station station as usual the following morning. However, Mina now considers the dynamics of their relationship to have completed changed after last night. She keeps Makoto, who was unable to enter Mina’s new and confusing world, at a distance. She also believes that Makoto feels the same way and is aware of being unable to enter Mina’s world.

Makoto continued to act cheerful while Mina considers how she’ll behave around others from now on. Mina also thinks about what Yi-Fang had told her the previous night. 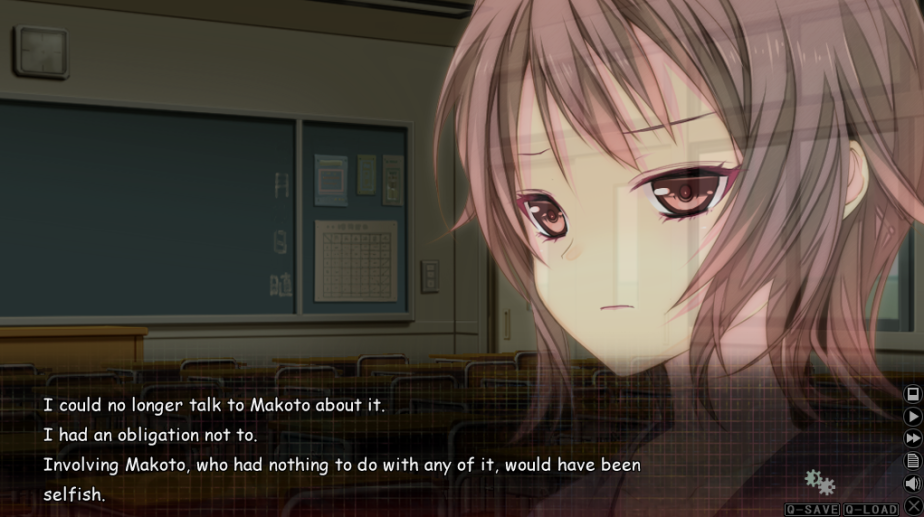 Rika and Kana pick up on this and start pressing Mina to apologize to Makoto even though they actually know nothing. As a result, Mina runs out of the classroom, ignores Makoto who was in the hallway, and ends up on the rooftop.

While feeling guilty about wanting to meet with Sayo instead of Mikoto, she hears the sound of a mechanical pencil’s lead being extended and shortened over and over. Following the sound, Mina finds the girl she met inside the train. 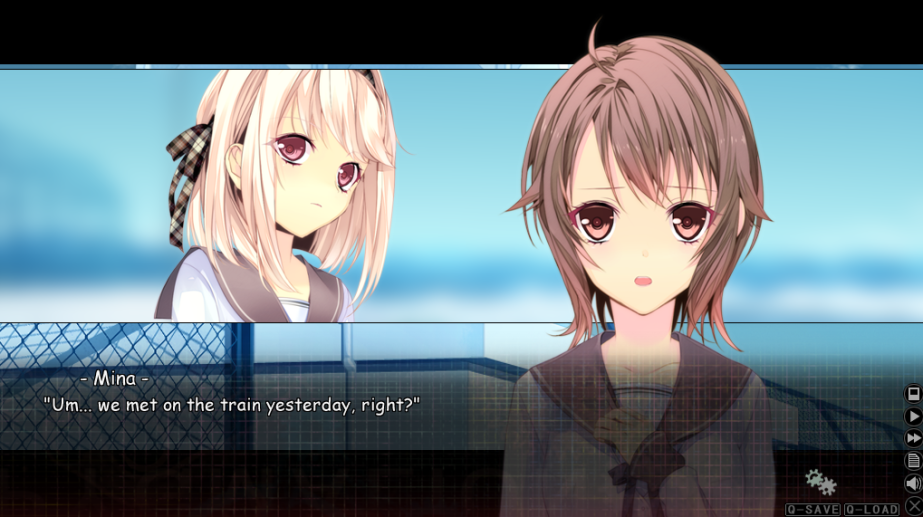 Mina asks the girl what did she mean by “Now is your last chance to turn back”. The girl in turns asks Mina if she saw the dolls, which causes Mina to ask her if she’s friends with the other people (in other words, Jessica and Yang). She responds that they merely share the same enemy. Edgy as fuck, dude.

The girl continues to explain that the puppets are for the most part harmless but will alter the world and must be eliminated. She then says that Mina can continue to stand by idly but then she would not be qualified to be bound to Ruka.

She then elects to deem Mina an outsider and tells Mina that she has no obligation to explain anything. Mina realizes that in order to be accepted she has to visit Ruka, but she’s frustrated that no one has really told her anything and voices her frustration. In response, the girl abruptly held the pencil lead less than an inch away from Mina’s eye. After flashing Mina an angry look and telling Mina off, she leaves. 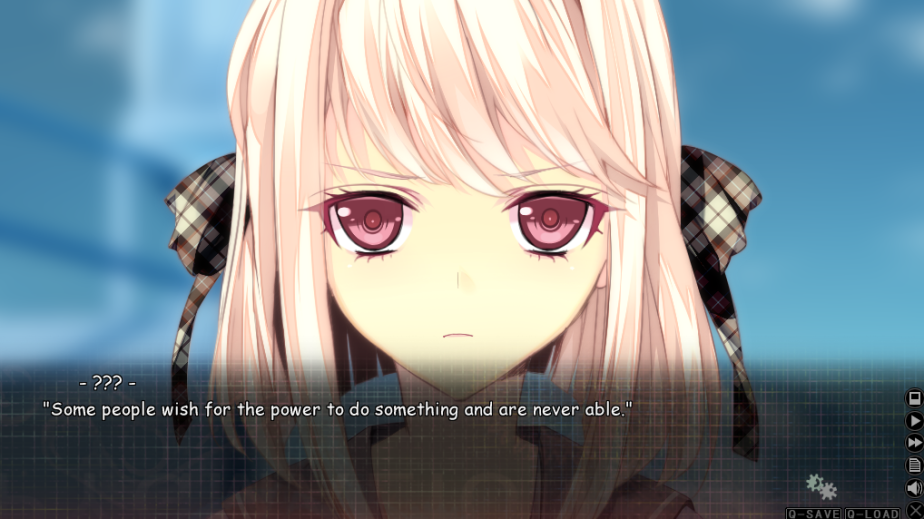 Back in the classroom, Mina can’t forget the wrathful look on the girl’s face. Rika, Kana, and Makoto shoots glances at the poor girl every so often, but they don’t talk to Mina for the rest of the school day.

Once school is over, Makoto tries asking Mina to accompany them to grab some DON DON DONUTS. Mina turns them down and runs out of the classroom, feeling their eyes glare daggers into her back.

Mina ends up waiting for Sayo, who exits the rich girls’ school while being surrounded by many girls. However, Sayo calls out to her in particular and the two girls end up going to her apartment.

Mina snoops around, comes across a music box, and causes it to play. Sayo walks into the room wearing new duds and explains that it’s a family heirloom. Mina surmises that she’ll be passing this along to her own children, but Sayo quietly says that will never happen and closes the lid of the music box.

Mina and Sayo discuss various things. In the end, Sayo manages to convince Mina that it’s entirely natural that puppets interfere with human life and that the organization that’s been trying to recurit her is wrong. 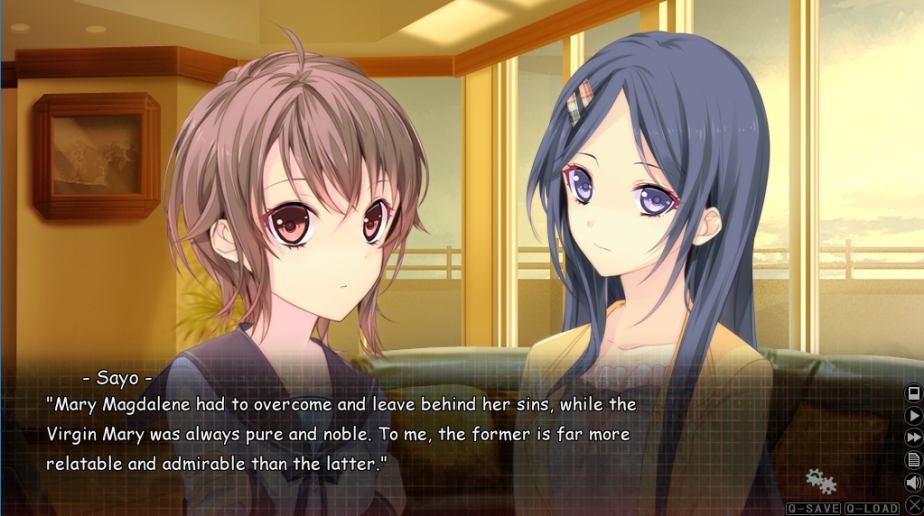 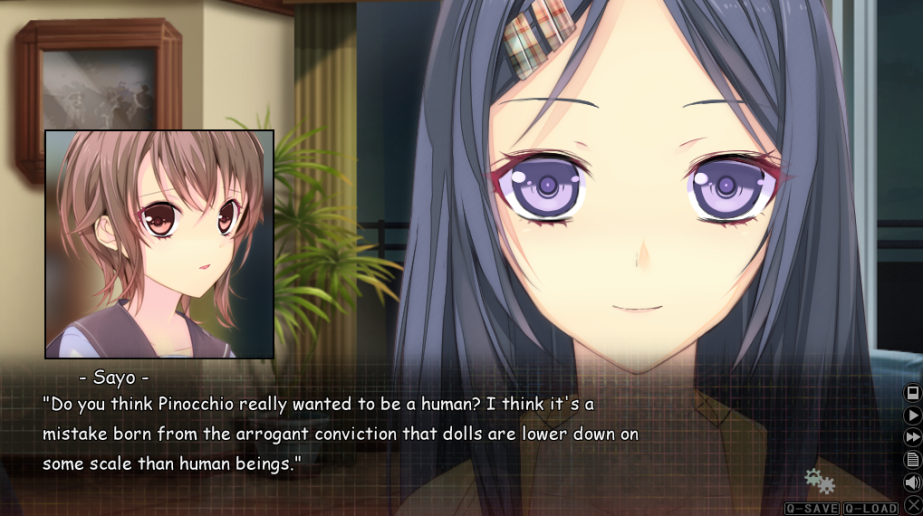 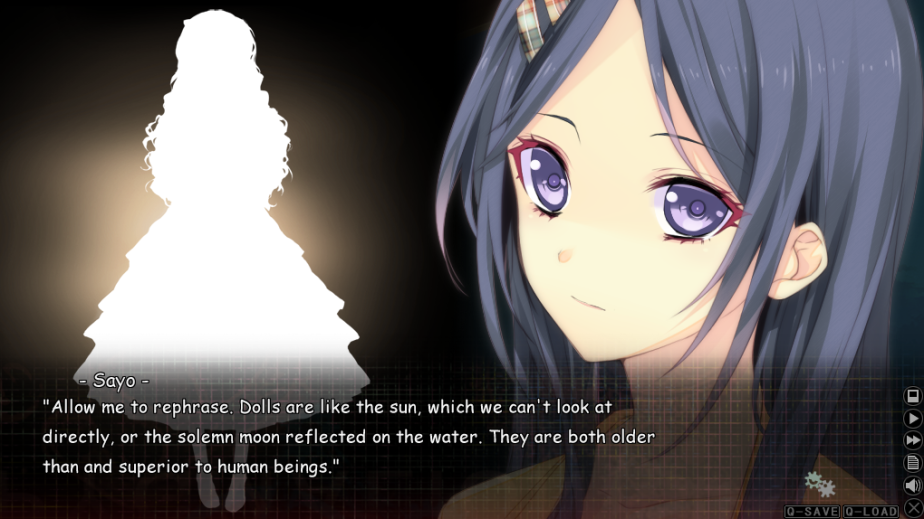 She ends up convincing Mina to take her to the doll mansion. The mansion starts looking distorted and unfinished, which causes Sayo to explain to Mina that this is the true state of the mansion. Jessica, Yang, the man in white, and another man abruptly appear and they aren’t too pleased that Sayo, who they refer to as an Eidolon, was brought to their hideout.

Mina jumps in-between the four and Sayo, claiming that Sayo is her guest. In response, Jessica tells Mina to realize the true nature of her so-called guest. 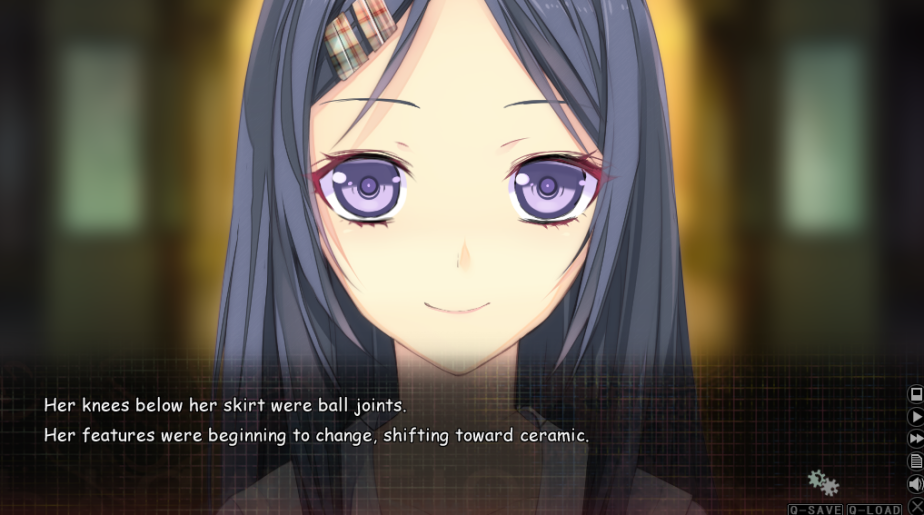 Sayo says it’s enough that she knows the location of their Eidos and then begins to hold Mina captive by wrapping sharp wires around her throat. Because of this, she’s able to make her escape (while carrying Mina) from the mansion while Jessica is sent to deal with an intruder that came in as the mansion starts to go haywire. 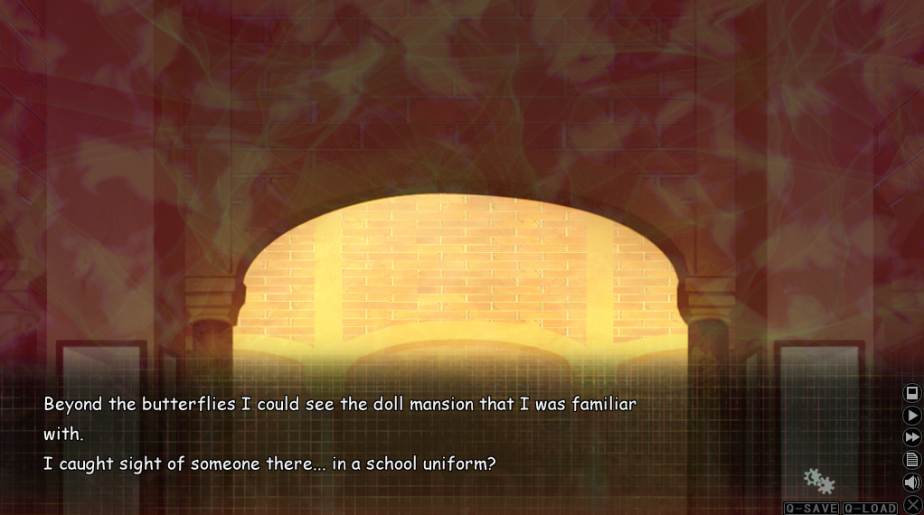 Sayo breaks through multiple barriers and the two girls end up in a mysterious landscape with a single, worn-out bench. Sayo apologizes for how things ended up and clarifies that some dolls know that they’re dolls and that they actually do feel emotion. 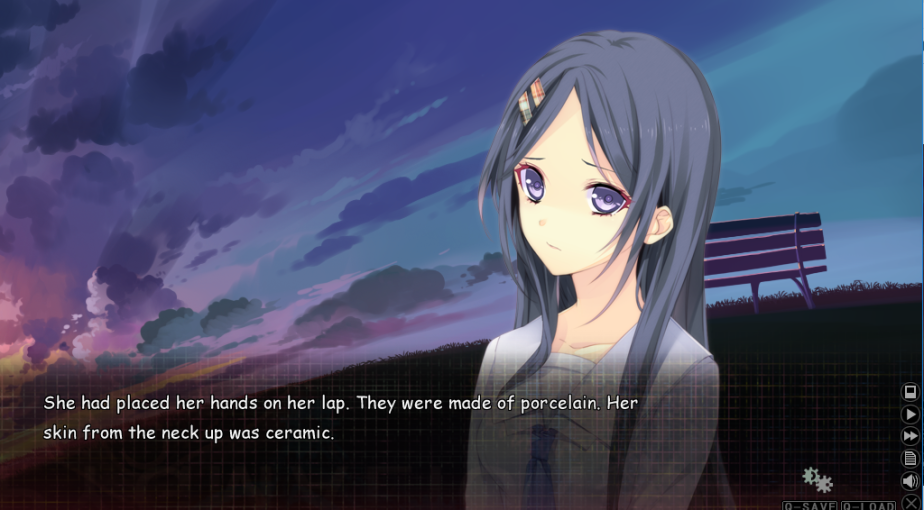 At this point, the man with the sunglasses (and sexy voice), Jessica, and Yang managed to catch up. Yang asks for Mina to return to the human world and Sayo agrees. Mina notices that they’re all carrying guns and realizes that Sayo is going to die. As a result, Mina becomes paralyzed with indecision. 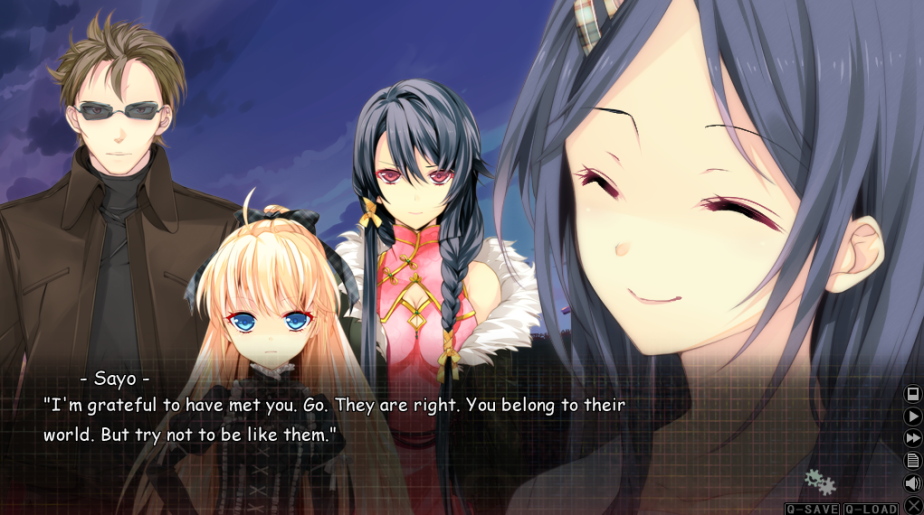 After Jessica threatens Mina by pointing the gun in her general direction, the girl with the dead eyes appeared from behind. Yang and Jessica both express surprise and call her Riko. Riko mutters to Mina that only hell awaits her now.

She somehow causes the bracelet on her arm to transform into a gun and aims the muzzle at the back of Sayo’s head. In response, Sayo asks Riko if she’s going to shoot her from behind and turns around to face Riko. Riko’s eyelids twitched.

Sayo then calmly says that they’re the ones transgressing against God’s will. She looks at Yang, Jessica, and the man in turn. They don’t respond. Finally, she turns to Mina and says one final message before Riko pulls the trigger. I guess this could be called…SAYOnara? Look, writing these is extremely stressful so I have to get some sort of fun, alright? 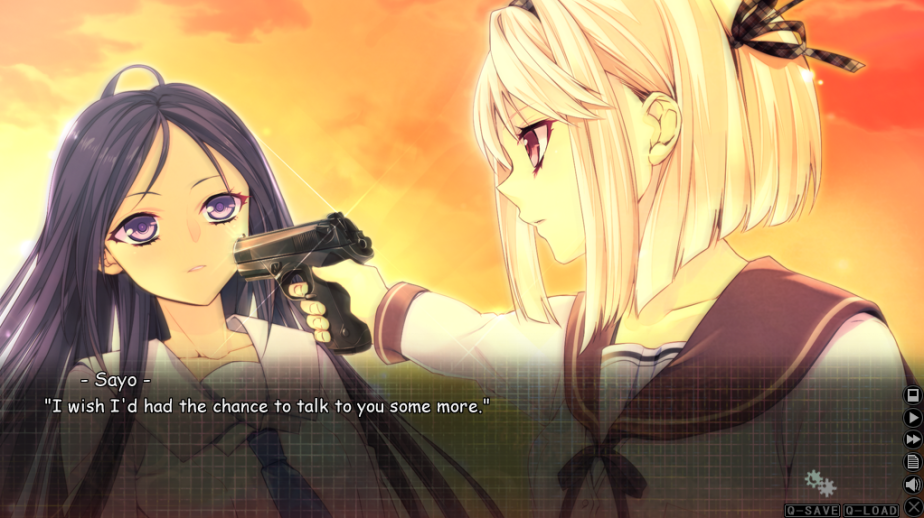 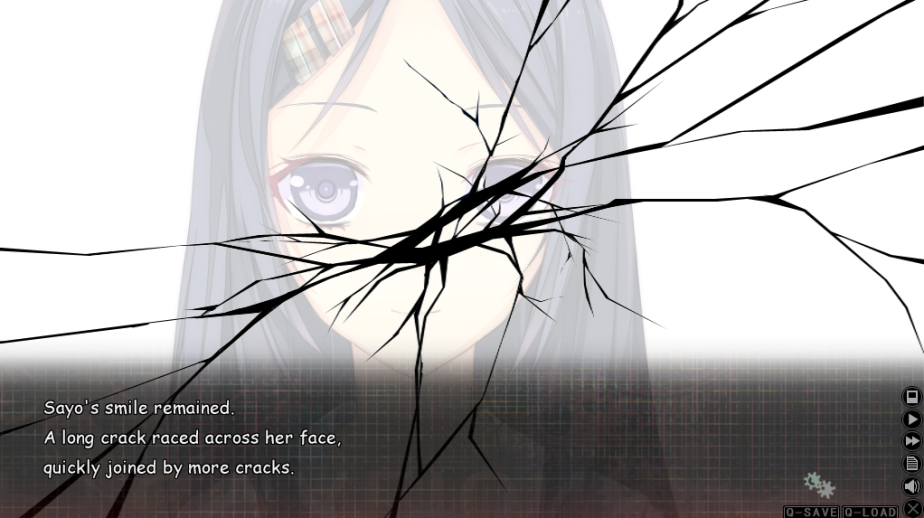 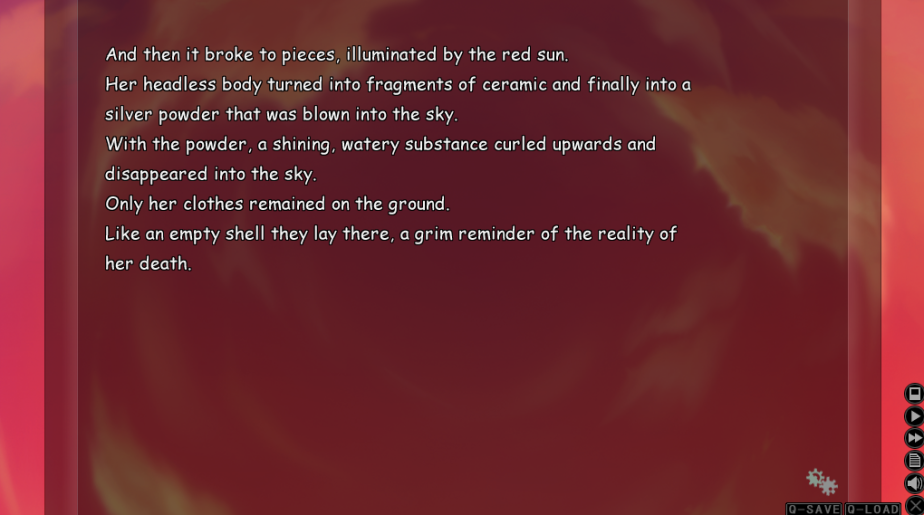 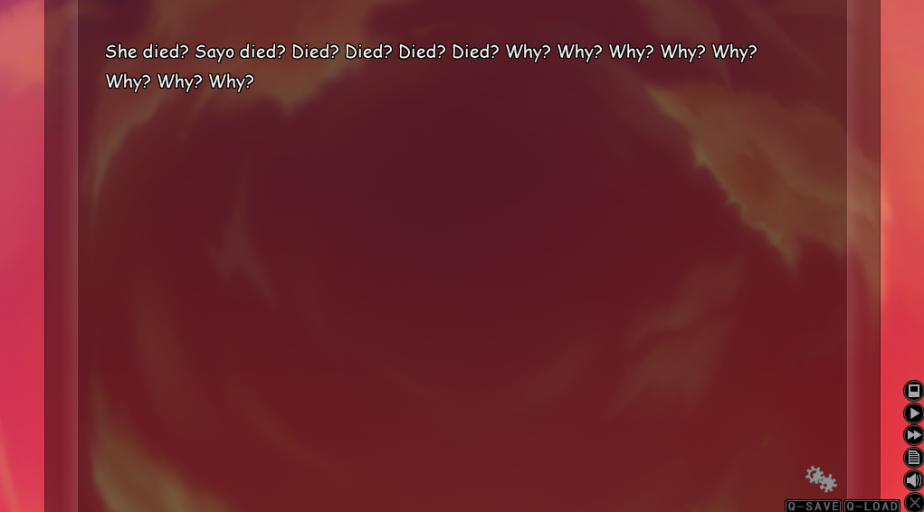 Mina has a minor breakdown and confronts Riko about her killing Sayo. In response, Riko turns towards Mina and says that if she’s a human, then she has to fight. Mina’s anger fades as she can see that Riko is crying and is very sorrowful over the fact that she killed Sayo. Mina inspects Riko’s eyes and deems them beautiful and trustworthy. She then reaches for Riko’s hand.

And then a PV plays. I might have paid for a plan that allows me to embed videos just for this post. Don’t judge me.

I hope it was incredibly obvious that there was more to Sayo than meets the eye. I tried to make this clear in my posts so far, but I’m not sure I succeeded.

From here on out, I think I’ll just do three paragraph summaries, tops, of each individual chapter. Otherwise, I’ll get burned out. If I even continue doing this, that is. Let me know how you feel about this series in the comments section!

3 thoughts on “The Shadows of Pygmalion – SPOILERS AND DISCUSSION (Part 2!)”