Summary: Maiharu Hiromi has recently transfered to Kamakura Nagasaki and has decided to start riding a bicycle to school, starting from her first day of high school. On the way there, she meets Akizuki Tomoe, who helps Hiromi actually learn how to ride a bike. Slowly but surely, Hiromi and her growing circle of friends grow more and more interested in bicycling, which causes them to form a Cycling Club. 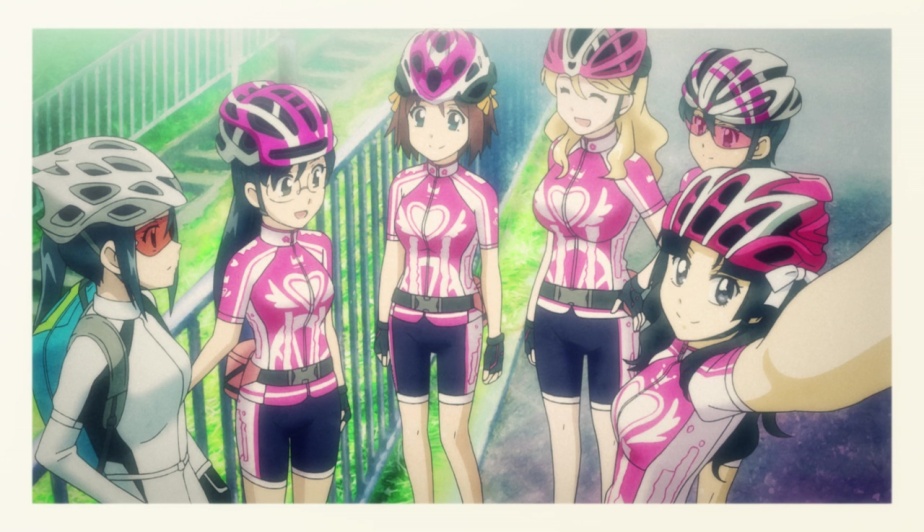 Review: I don’t want to start off sounding mean, but the series really didn’t offer much to anyone in its targeted demographic aside from people who would want to learn how to ride a bicycle through anime.

For starters, the main character and her fellow aspiring club mates (since the Cycling Club starts off as a circle and has to fight to become an official club for most of the series) initially know little about bicycles. Thankfully they’re surrounded by adults who fill in the knowledge gaps. As a result, the girls and the viewers actually get to learn quite a bit about bicycles. There’s even a live-action segment where two members from the idol group, AOP, essentially teach beginners almost everything there is to know about bicycles by bombarding an old man with endless questions.

But for people who are already familiar with bicycles, the knowledge they offer is both rudimentary and incomplete. If they were to watch the show, then, it would have to be for the story or the characters, surely.

Unfortunately, the main characters themselves are flat (in terms of personality) and boring. For fans of the slice-of-life or girls’ club genre, this is definitely a demerit. After all, amusing and interesting characters can often grab viewers’ attention even if the rest of the show is mediocre. This is an even more important aspect to consider in a slice-of-life show, where things progress at a slower rate compared to, say, an action series. As such, the potential allure of engaging characters will not actually manifest here. 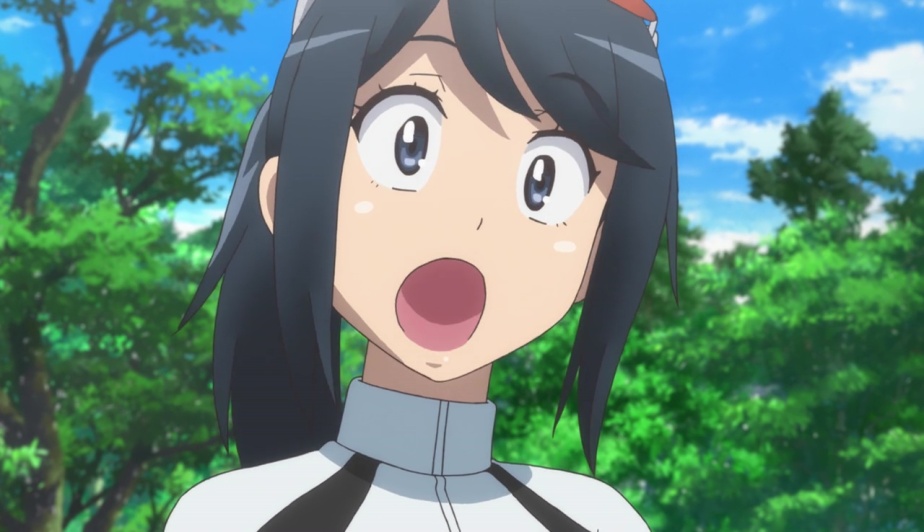 The story itself is incredibly straightforward and the pacing for each episode is amazingly slow-paced. I mean, it took over 3 episodes to resolve a single race. I guess it’s better that the show went with the play-by-play instead of skipping around and rushing things, but boring content is boring.

The main draw to Minami Kamakura would probably be the pretty backgrounds, actually. But I don’t think it’s worth watching around 12 episodes just to see that (and I could think of a few series that would more worth of your time if pretty backgrounds are your thing, such as Non Non Biyori).

As for the animation itself, it looks decent enough most of the time, but there are a few instances of off-model faces. And if you’re paying attention, you can see when the studio took a few shortcuts and kind of neglected to animate bystanders. We’re all supposed to have our eyes on the astoundingly dull protagonists on all times, after all (as a side note, the end cards for the show is undeniably gorgeous. Too bad they look more interesting as still images compared to how they actually behave in the show itself. Check out this post if you want to see most of the show’s end cards).

The OST is not memorable in the slightest. I’m talking about the OP, the ED, and the instrumental bits. What happened here?

Finally, there’s definitely some yuri vibes sprinkled throughout the series. I could definitely see Hiromi with Tomoe or a certain other character who joins their circle of friends after half of the episodes passed. Fuyune and Nagisa have their moments, too. Nevertheless, it remains light and is not enough to redeem this half-baked show in the slightest. 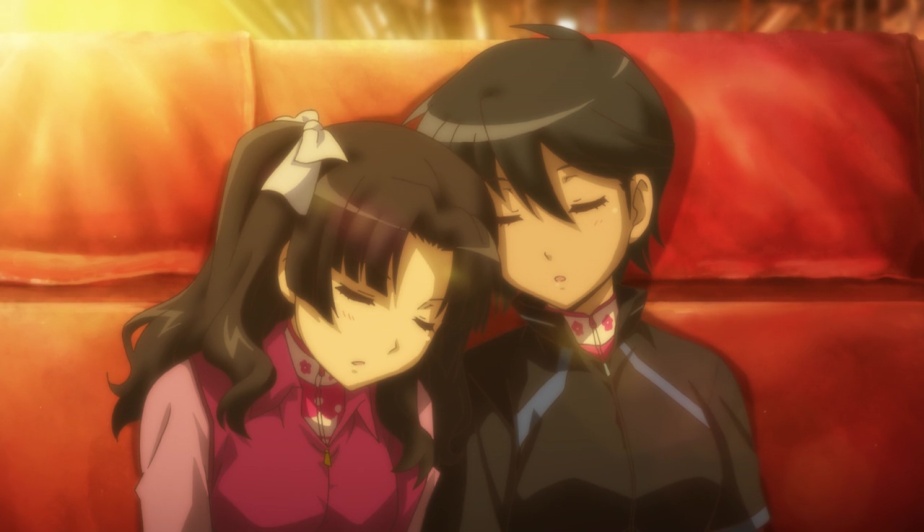 With uninteresting characters, slow pacing that defies all belief, and a predictable storyline, Minami Kamakura Koukou Joshi Jitensha-bu should only be watched by those who want to learn about bicycles through watching anime. The fact that there’s a live-action where there’s a live-action segment where idols help the viewers learn about bicycles makes its intent obvious. If that doesn’t interest you, then stay away. This show has a lower rating than Nyanko Days on MAL.

If you sorely need to watch cute biker girls, I would highly recommend you watch Long Riders! or Bakuon!! instead. While Long Riders! has similar problems (and has arguably worse character animation for most of the episodes), the characters there actually have a sort of appeal and charm that Hiromi and her friends simply lack. It also helps that the characters in the show are in college, which makes it stand out compared to the myraid of high school girls’ club shows.

Bakuon!! focuses motorbikes rather than bicycles and is also a lackluster show, but it’s actually funny. It also is chock full of fanservice for those of you who enjoy that sort of stuff.

The bottom-line? There’s so much more interesting slice-of-life shows for you to watch. Give this one a pass unless you somehow belong in a very niche audience demographic. 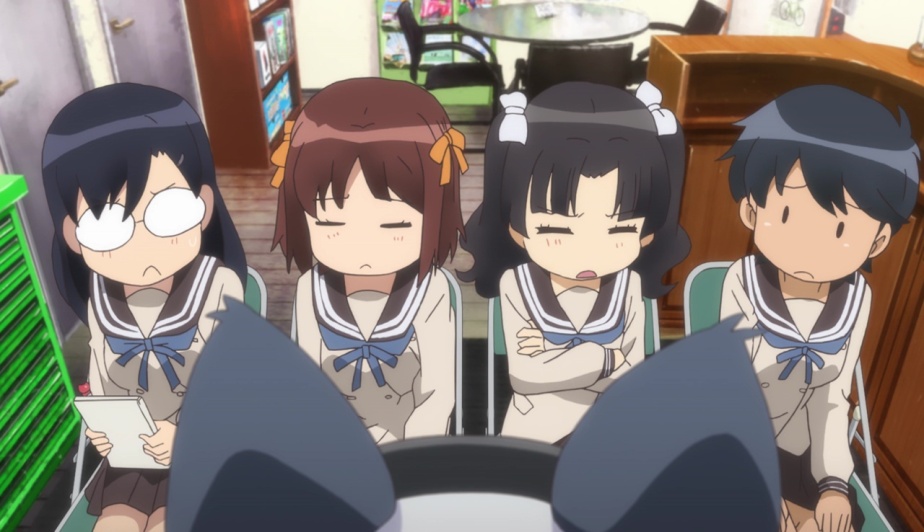