Summary: The anime takes place in Japari Park, a humongous integrated zoo. Due to the mysterious “Sandstar” substance, the animals have turned into human-like creatures called Friends. One day a lost child wanders into the park and starts a journey to return to her territory. 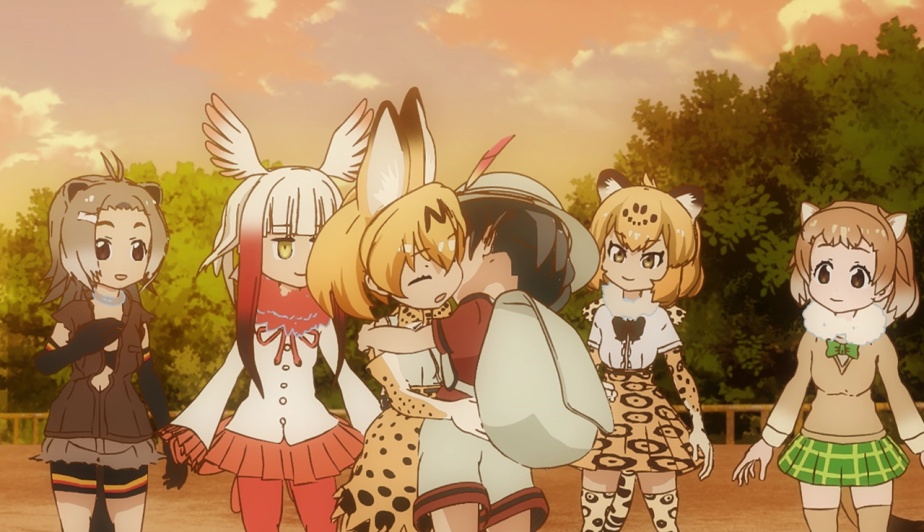 Review: While its animation might prove to be off-putting to some, Kemono Friends could be considered a silly and fun story that doesn’t pull its punches when it comes to friendship, comedy, and drama (really).

I guess I should talk about its biggest drawback first. The entirety of the show is rendered in CGI. This means the characters are actually rather fluid when it comes to motion and such, but some viewers may prefer more traditional means of animation. It should be noted that the facial expressions are surprisingly good for this style and that the animation as a whole seems to improve throughout the series. There’s also a reason why the people behind this show chose this style, it seems: 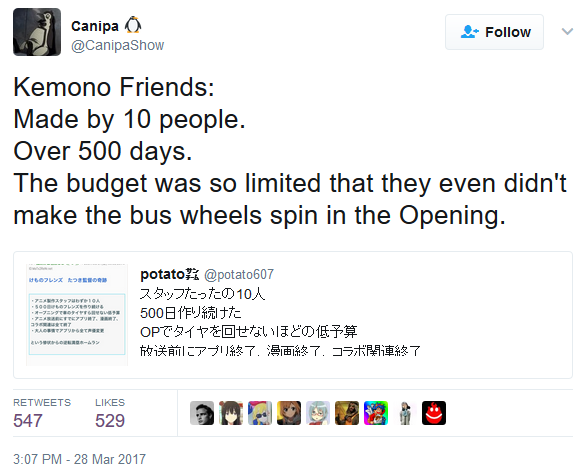 That’s right. The show took over 500 days to animate because there were only 10 individuals working to make this show a reality. The budget was also so limited that they had no choice but to rely on CGI and that they had to take some shortcuts (which means the wheels on the bus did NOT go round and round in the OP). The series was also initially a poorly received mobile game that shut down a month before the anime adaptation aired.

In other words, this show’s production situation is an underdog story and longtime viewers should know I adore underdog stories. I only found this out after finishing the series, however, and this probably shouldn’t have a bearing on whether or not you enjoy the series. Still, food for thought! 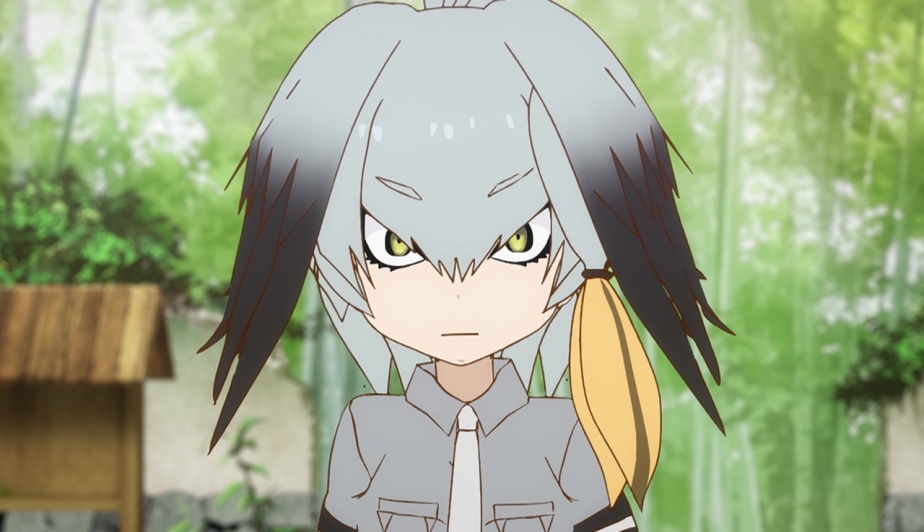 At its core, the show is just a goofy adventure story where the main characters, Kaban and Serval and Lucky, attempt to roam throughout Japari Park in an attempt to find out where Kaban initially came from. Yet the encounters they have with other Friends are both cute and educational since the characters (and the audience) usually end up learning an important life lesson. It just felt so geniune and relatable (and cute, quirky animal girls never hurt).

Speaking of educational, there were segments (that usually took place during the middle of the episode) where we learned about the animals shown in the show via voice-overs from real life individuals who work in zoos or who take care of animals. I guess this show was good for both my head and my heart!

That being said, there’s an implicit sadness to the story. It becomes clear quite quickly that this takes place in a post-apocalyptic setting (modeled after the destruction of the Japari Park shown in the mobile game), first of all. I won’t go into additional details here, however, since piecing together the implications and the situation is part of the fun. Nor will I spoil how the series ends, but I will readily admit I openly cried while watching the last two episodes. Most viewers, myself included, probably weren’t expecting such a torrent of emotions to overwhelm them, but it did!

There must be something said about the world-building in this series. Believe it or not, but the setting of Japari Park was actually surprisingly developed. The viewer got to see different aspects and areas of the park throughout the series and it culiminates in a rich experience.

The OP, “Welcome to Japari Park,” is amazingly catchy. Perhaps you’ve heard it in parodies or remixes already. The ED was no slouch, either. The instrumental OST, however, was not that memorable.

As for the yuri, it’s definitely there. I think my favorite ship is Prairie Dog x Beaver. I know it sounds weird since I’m using animal names and all, but that’s how they are, okay? Plenty of small shipping moments for other couples, too, of course.

Kemono Friends, for me, was a hidden gem of the Winter 2017 season. While the fact remains that the show was produced entirely in CGI (which may turn off some viewers), I firmly believe that this show will leave viewers laughing and crying with its silly yet genuine story. Apparently it’s also getting a second season!

If you’re interested in other shows with rich settings and charming characters, I would have to recommend Gochuumon wa Usagi Desu ka? There isn’t really a sense of adventure in GochiUsa, however. So in that regard it’s hard to recommend a show that was similar to Kemono Friends since it was so unique. 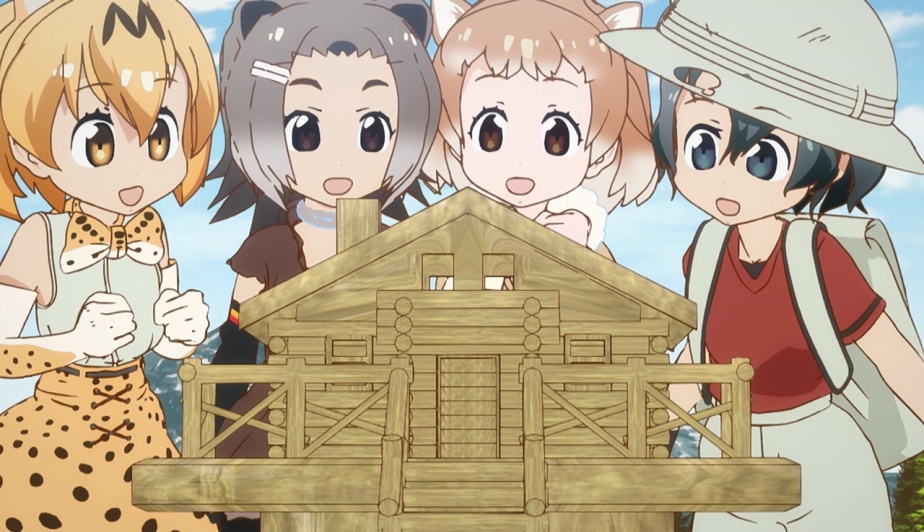