I mean, Hinako Note shares similar elements with GochiUsa at first glance. A group of (quirky) girls all live and work at a shop/store/eatery. The scenery is beautiful. What could go wrong? 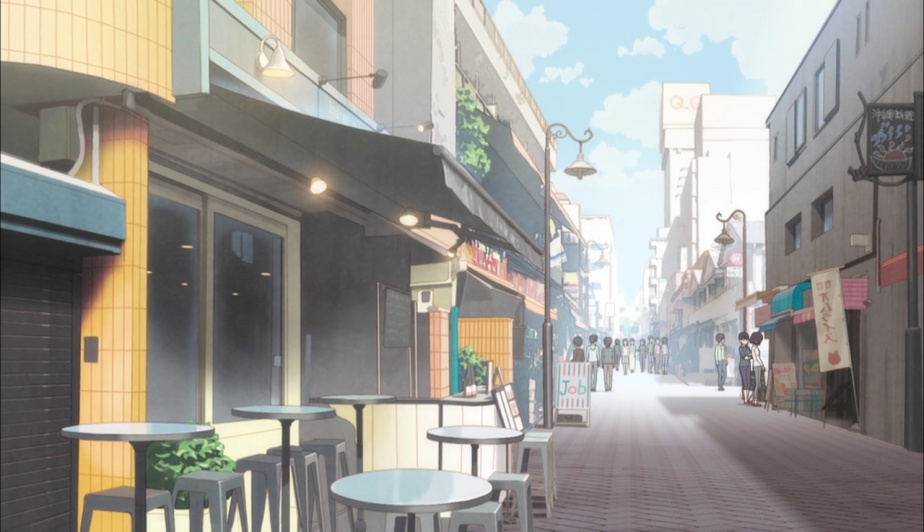 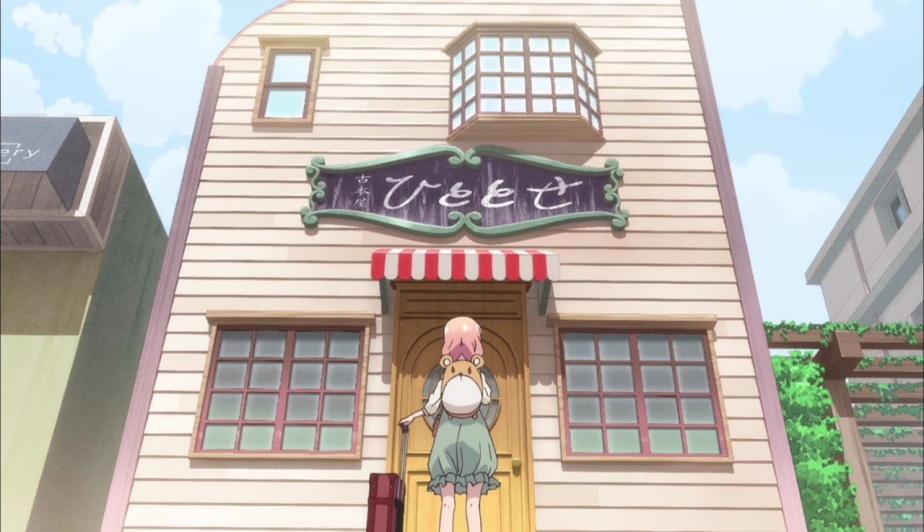 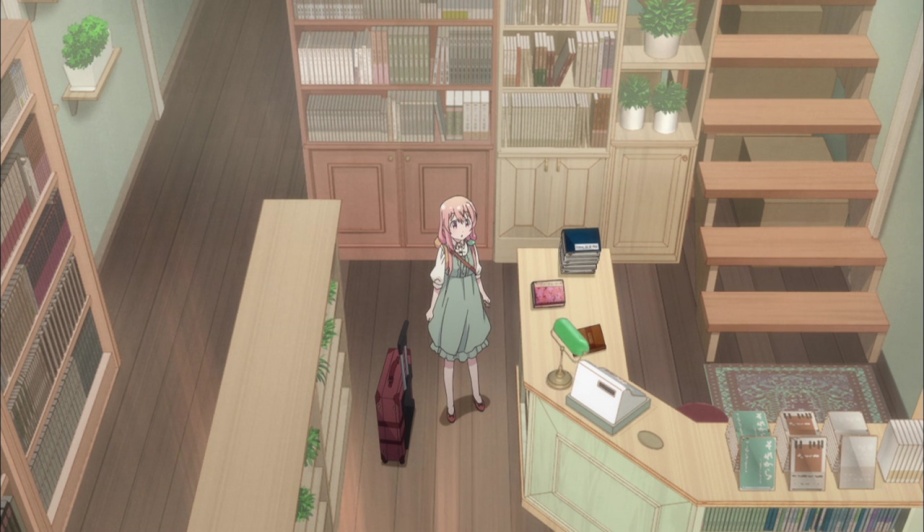 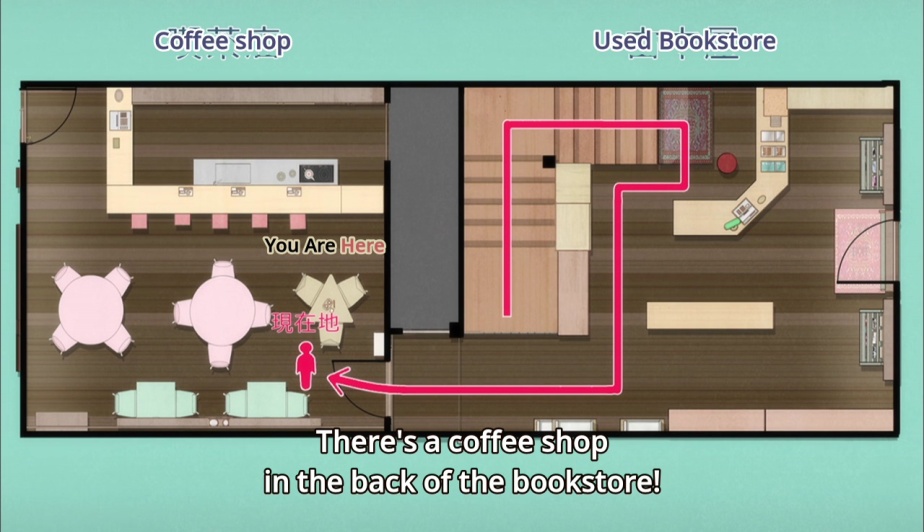 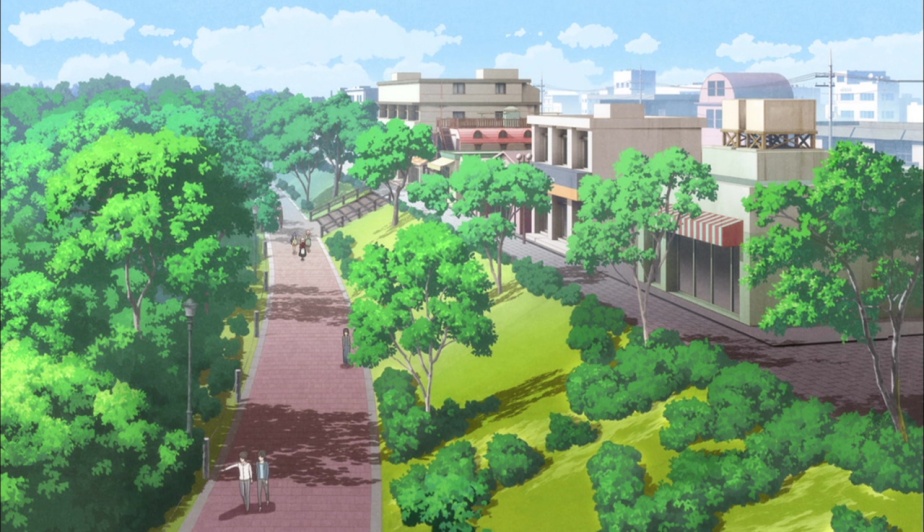 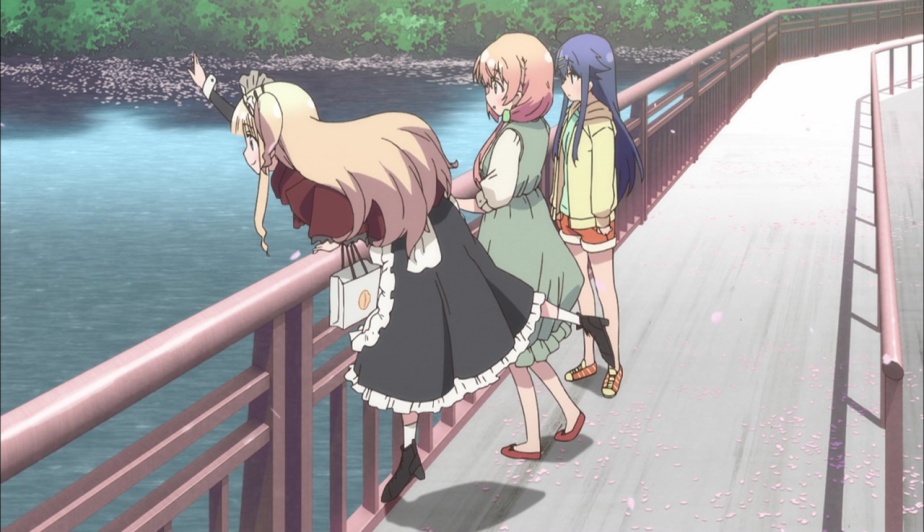 The world building is off to a decent start. A lot of zoomed out shots help depict the scale of the Hitotse bookstore, the nearby greenery, and Tokyo. Future episodes will surely explore the more industrialized side of the immediate area since Hinako, Kuina, and Mayuki are carefully shown exploring the side that’s surrounded by nature. 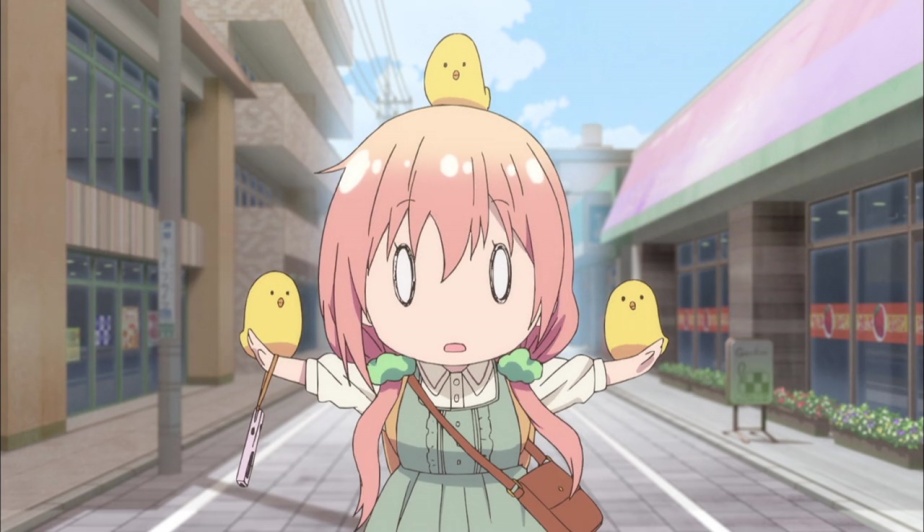 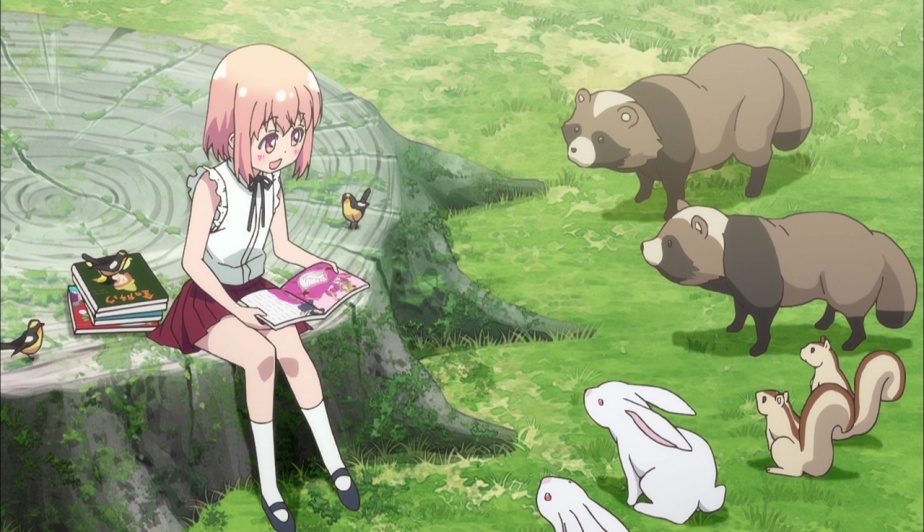 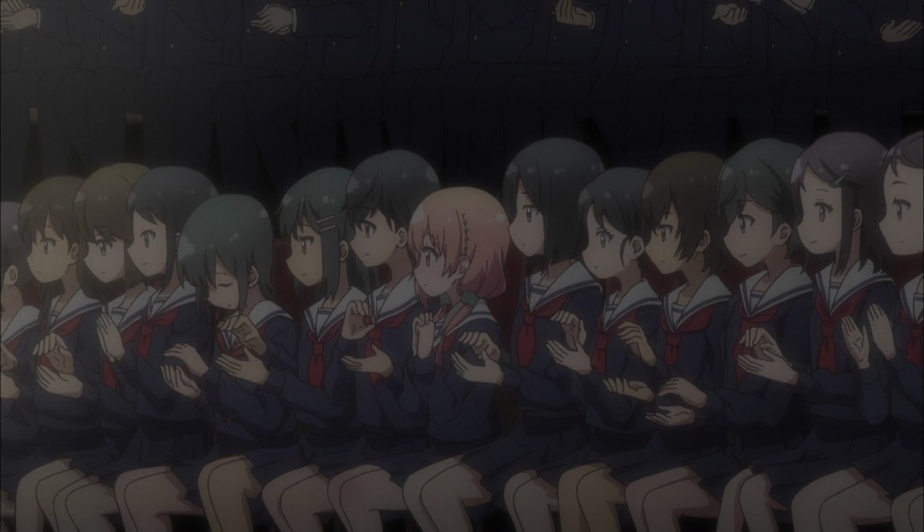 The characters (shown thus far) are all quite goofy. Hinako is the typical shy countrygirl who came to the big city in order to pursue her dreams. It turns out she was very moved watching a performance by the Fujiyama High School’s theater club, which has led her to frevently want to join a theater club. Unfortunately, the club is on hiatus since the advisor is off on a trip. Hinako also has a habit of freezing up and looking like a scarecrow (with her hands extended out to the side) whenever she’s nervous. What an interesting habit! 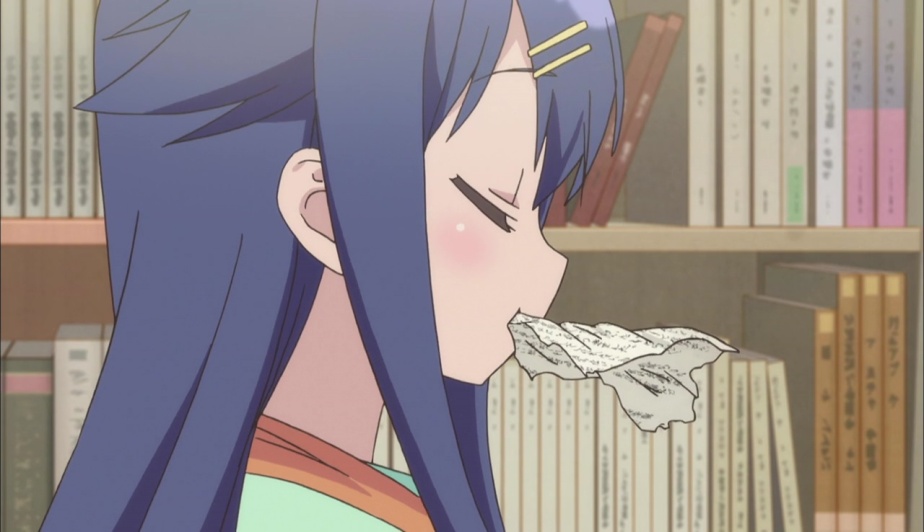 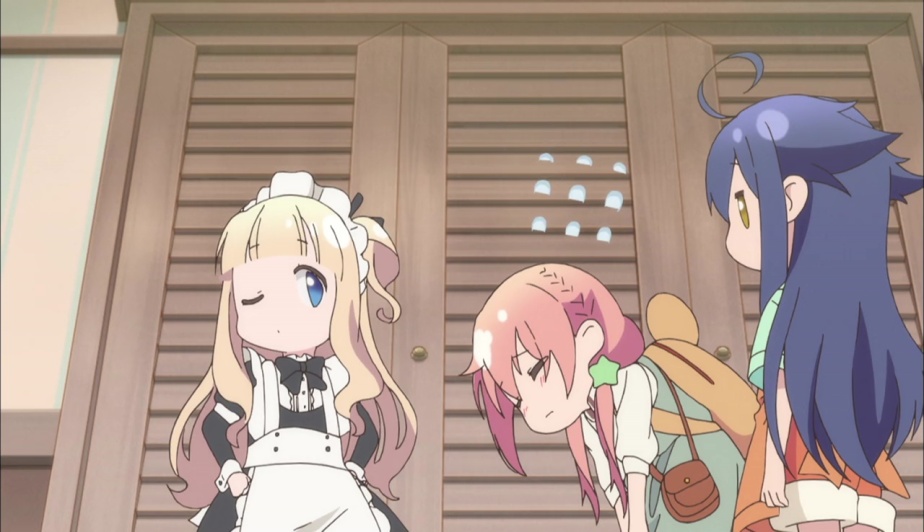 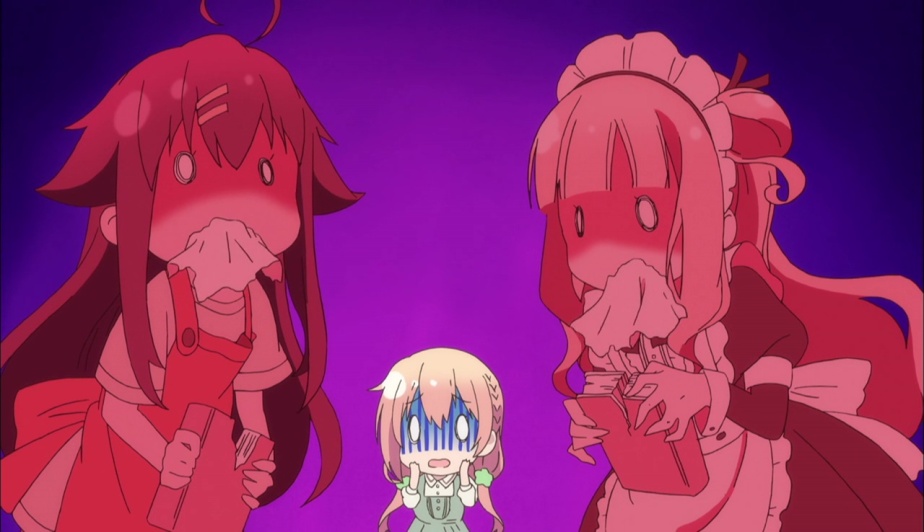 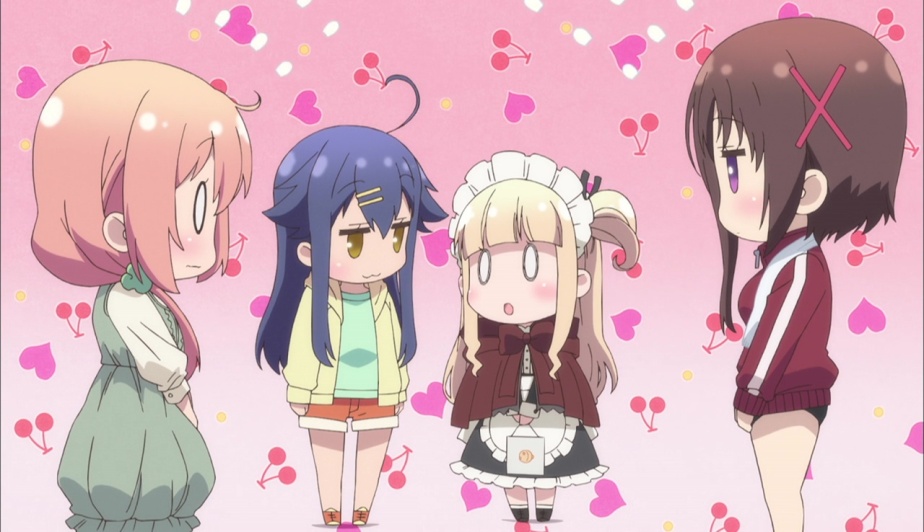 Kuina loves eating, books… and eating books? This is rather bizzarre! Mayuki is the classic girl who is older than she looks and acts younger than her age (her seiyuu is Ogura Yui, by the way, who voiced Mana in Schoolgirl Strikers and Kinue in Masamune-kun’s Revenge). Chiaki (for some reason Mayuki calls her Aki-chan instead of Chi-chan, but I digress) is the cool girl of few words. A member of the Fujiyama High School’s theater club (which is currently on hiatsu), Chiaki is also the one who suggests that Hinako should start a theater troupe along with her fellow co-inhabitants. For such a quiet girl, she’s really taken initiative here! 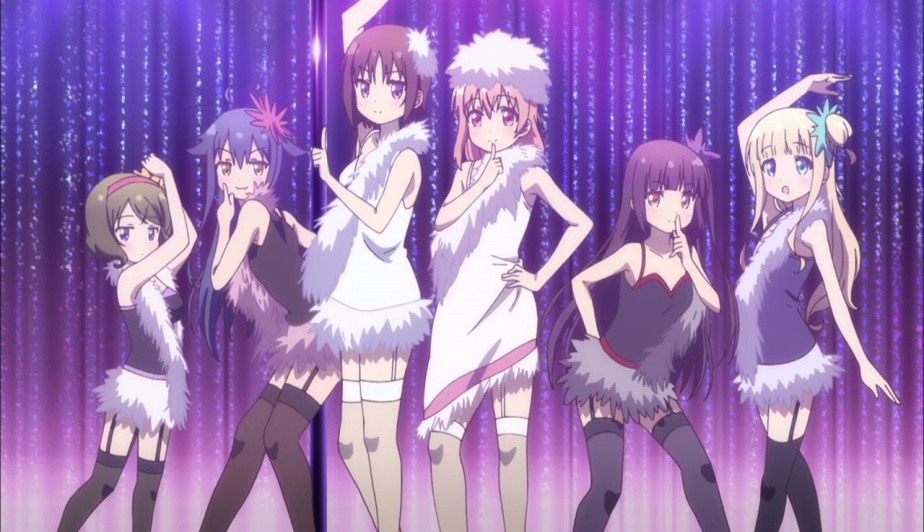 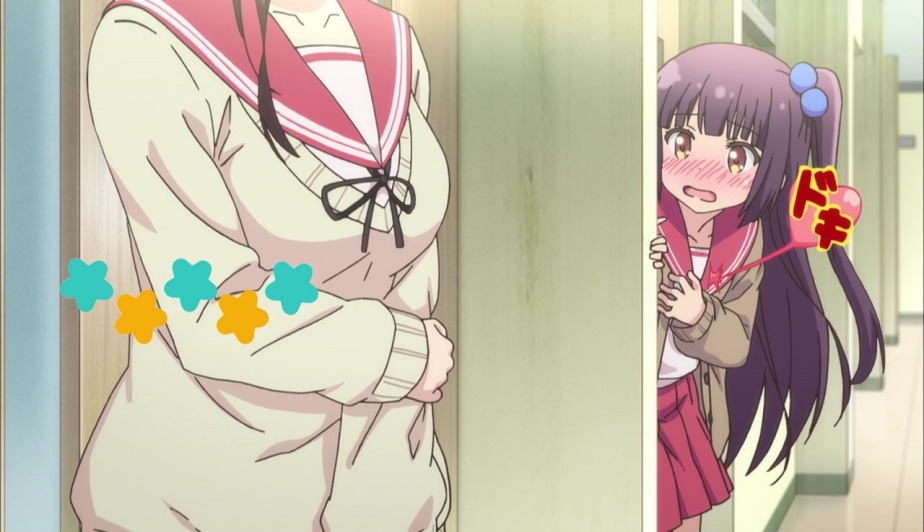 The opening music wasn’t all that memorable, but I enjoyed seeing the girls play dress-up. There’s already hints of yuri in the OP, though! A character that has yet to be introduced seems to be infatuated with Chiaki! Hinako also seems to think that Kuina is pretty and that Chiaki has a nice “style” (aka body) and is beautiful. This is only episode one, folks!

All in all, I think Hinako Note definitely has similarities to Gochuumon wa Usagi Desu ka? in some respects. The fact that this takes place in modern Tokyo might affect the show, however. Since GochiUsa took place in Europe (according to the story), the show took great care to let the viewer see as much as possible of the surroundings, which in turn led to strong world-building. I guess we’ll just have to see if the interactions between the characters (as well as the characters themselves) make the show stand out a little. I’m pesrsonally thinking, “So far, so good.” 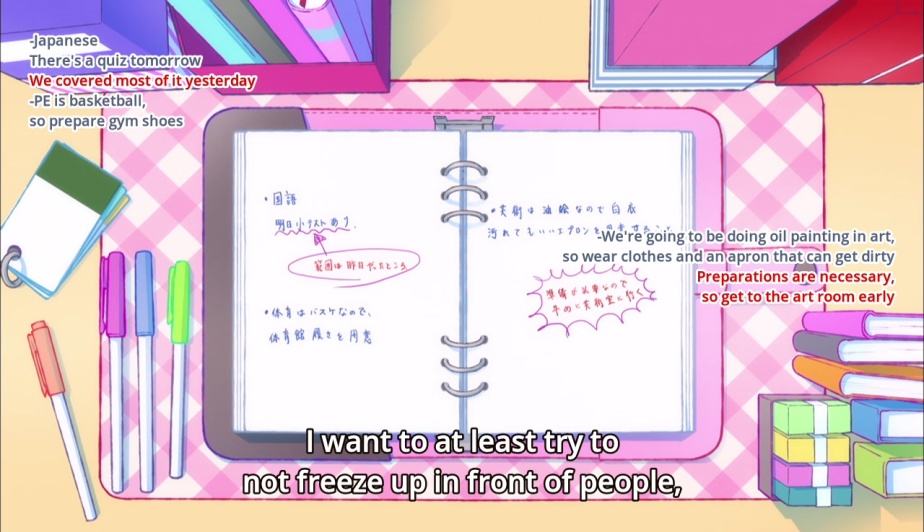 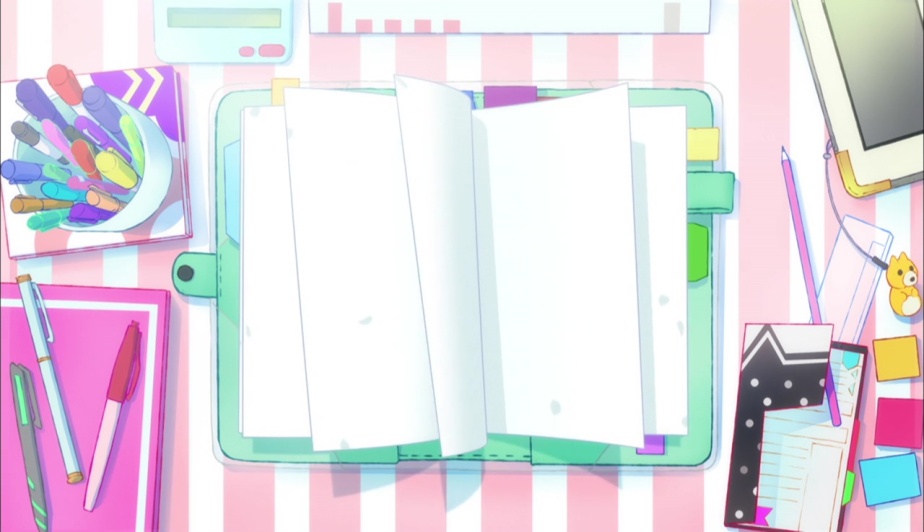 These little notebooks and the accompanying decorations are really cute. No idea why they’re in the show, though.

The little eyecatch for this episode. See “Hinako Note” up in the top left corner?

The episode ended with Hinako taking a bath (fanservice for you people, I guess) and she ends up becoming light-headed. As a result, everyone else panics and tries to help Hinako. 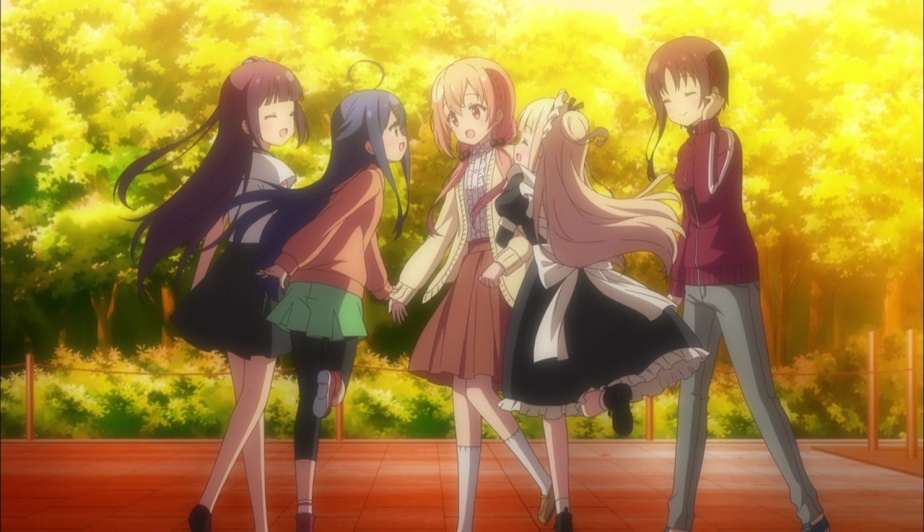 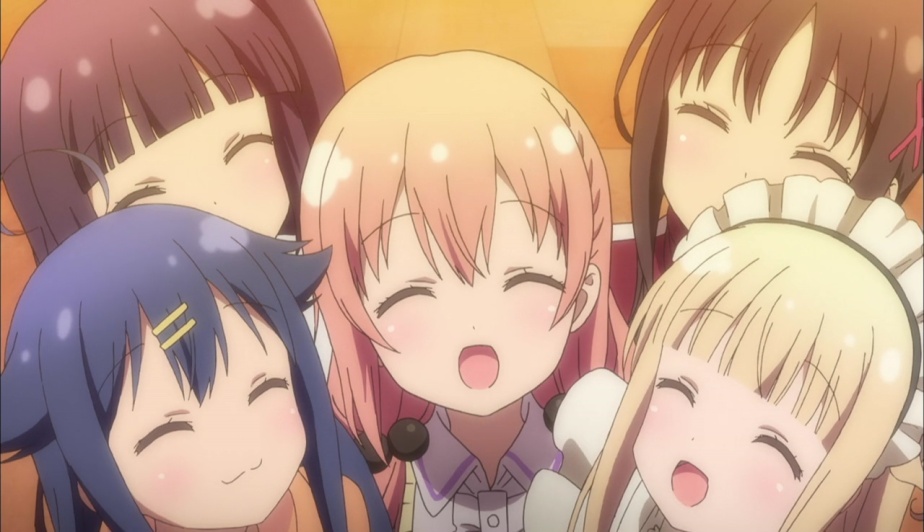 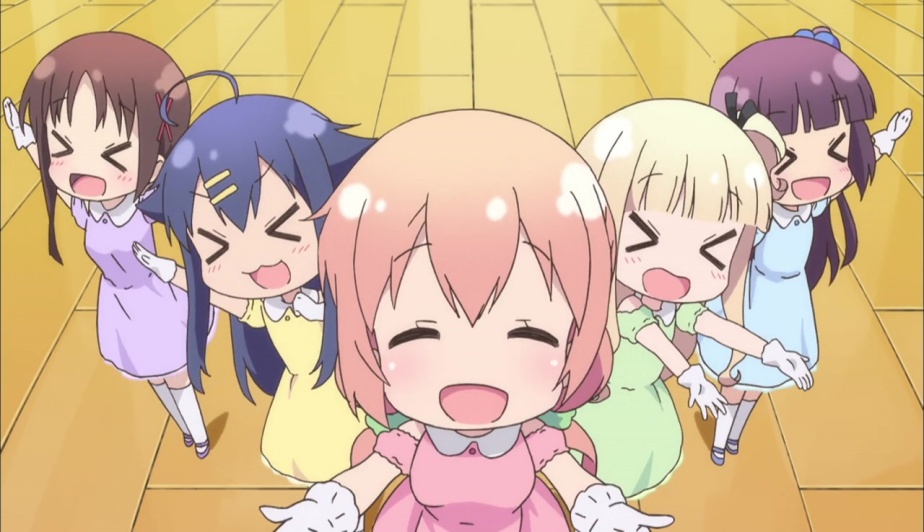 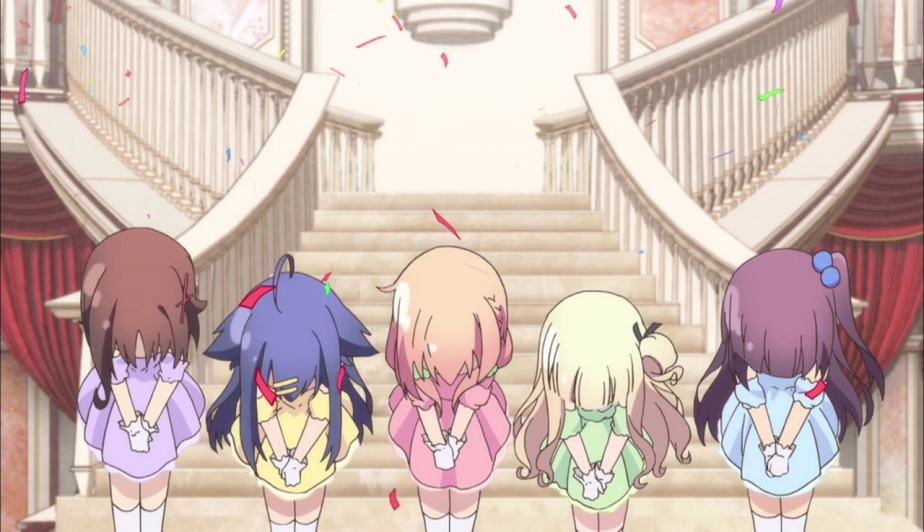 The ED and this episode’s end card is shown here.