Hello! I’ll be talking about social projecting and self-stereotyping in Japanese media (anime in particular) in this post.

But before I jump into that, allow me to say thank you for visiting this blog. It’s quite likely you found this post because of the OWLS April Blog Tour. I highly recommend you visit Arria Cross’ blog, Fujinsei. Arria preceded me on this Blog Tour with Racewashing in “Attack on Titan” Films & Other Adaptations (OWLS Blog Tour) and you should really give it a read. Following after me is Katrina Sade. Make sure to check out her OWLS blog post when it comes out!

The prompt is as follows:

We are all part of one race, the human race. “Colors” refers to people of color in anime. For this monthly topic, we will be discussing how people of color or characters of different “races” (a literal alien race) are represented in anime. Some topics we are considering is the dangers of stereotyping, bi-racial characters, and the importance of racial inclusion.

Thanks for whipping that up for us, Lyn!

Like it or not, stereotyping exists in all cultures and societies, including Japan. Not even anime is safe from this practice. This leads to some characters to project their impressions onto other individuals and to judge others according to their beliefs regarding different ethnicities.

For example, there is a character named Noumi Kudryavka (in the series, Little Busters!) who experiences such hardship. Kudryavka, or Kud, is a high school girl who is one-quarter Japanese and three-quarters Russian. Despite not looking Japanese in the slightest (according to anime standards), Kud speaks fluent Japanese and is very knowledgable about Japanese culture. Her homemade Japanese cooking is both authentic and delicious!

However, some of her classmates fail to acknowledge that she’s very much in-tune and at-ease with Japanese culture. They instead choose to focus on how she looks like a foreigner and how she’s dismal at English.

Because to them, Kud does not confirm to their perception of a Japanese person on two levels: appearance and behavior. She’s shorter than the average student and her hair color is an unusual off-white. As a result, Kud’s peers consider her an outsider and inherently not Japanese. Then again, bringing in hair color when you’re discussing anime characters is a silly move considering how said characters usually have very colorful (and unrealistic) hair colors, but I digress.

Despite being fluent in Japanese (and possibly Russian), Kud struggles with English. Her classmates consider the concept of a foreigner being unable to properly pronounce English ridiculous out of a misguided and ignorant belief that all foreigners must be able to speak English. Be that as it may, they consquently project their flawed perceptions onto Kud and end up designating her as a target to be mocked.

Tsujigaito Satoha in Saki would be an example of an individual who tries to play up these preconceptions for the benefit of herself and her acquaintances. She is the only Japanese player for Rinkai All-Girls’ High School, a school whose roster primarily consist of overseas students who are studying in Japan on scholarships. Whenever she is not in the spotlight, Satoha usually has a rough, boyish image with long, unkempt hair and a coat cape draped over her shoulders. She resembles a yakuza boss when she’s dressed like this, to be honest. 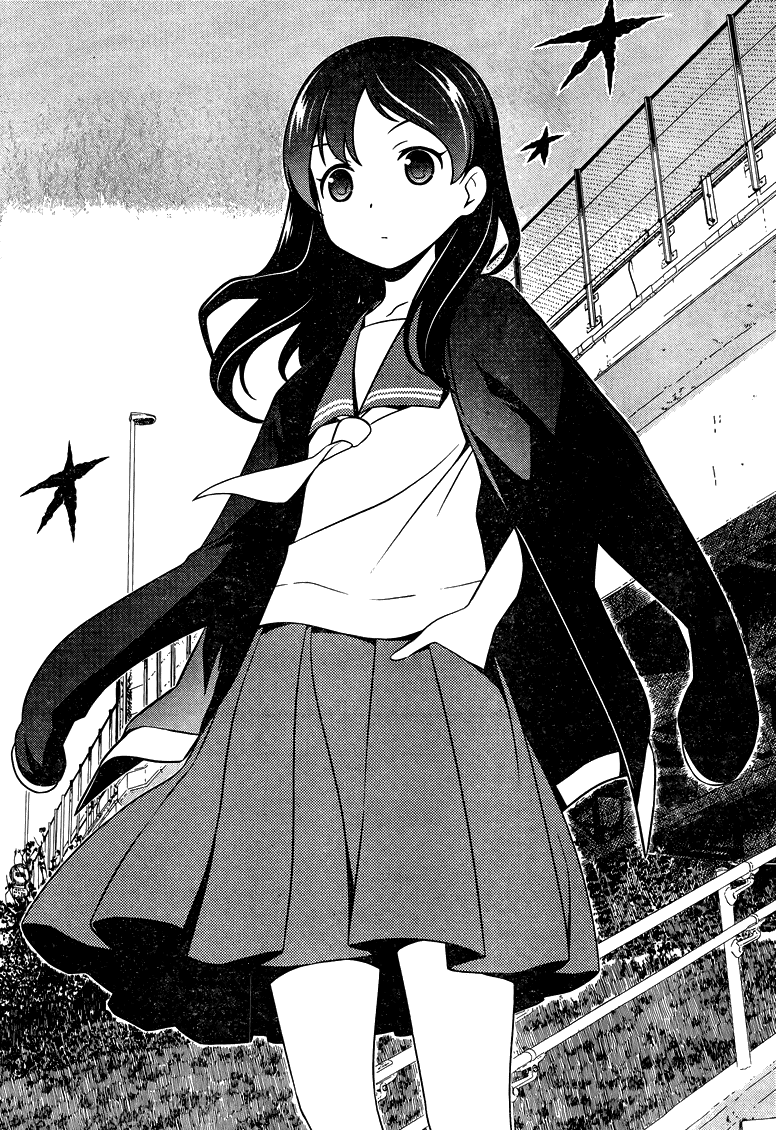 Once she plays mahjong on the big stage and in front of the camera, however, Satoha ties her hair up in a ponytail, puts on fake eyeglasses, and wears a sarashi (which is a long strip of cloth that is wrapped around the chest and up to the chest).

Although the reason why Satoha goes to such lengths for her public persona is unclear, it seems likely that she feels like she has to distinguish herself as Japanese. By adorning a ponytail (samurai wore ponytails and who are more Japanese than samurai) and wearing a sarashi (which was traditionally worn by both Japanese warriors and delinquents – the fact that Satoha is wearing a sarashi isn’t visible to the public eye, however), Satoha enhances her distinctly Japanese appearance even further.

As a result, no one will question her lineage, which is important for her and her school because the competition’s rules state that every team has to have a Japanese player as a Vanguard.

In a relatively recent chapter (chapter 166), the audience and the reporter find out that the Miyanaga sisters have a quarter of non-Japanese ancestry. The reporter is astounded because Miyanaga Saki and Miyanaga Teru have completely Japanese names and look Japanese. Since they conform to her ideas as to what a Japanese person is, the reporter has trouble believing the sisters to not be fully Japanese.

I must repeat once again that guessing at an anime character’s ethnicity based on physical appearance or cues is a foolhardy decision at best. This still did not stop this reporter, however, since she seems to have done just that. 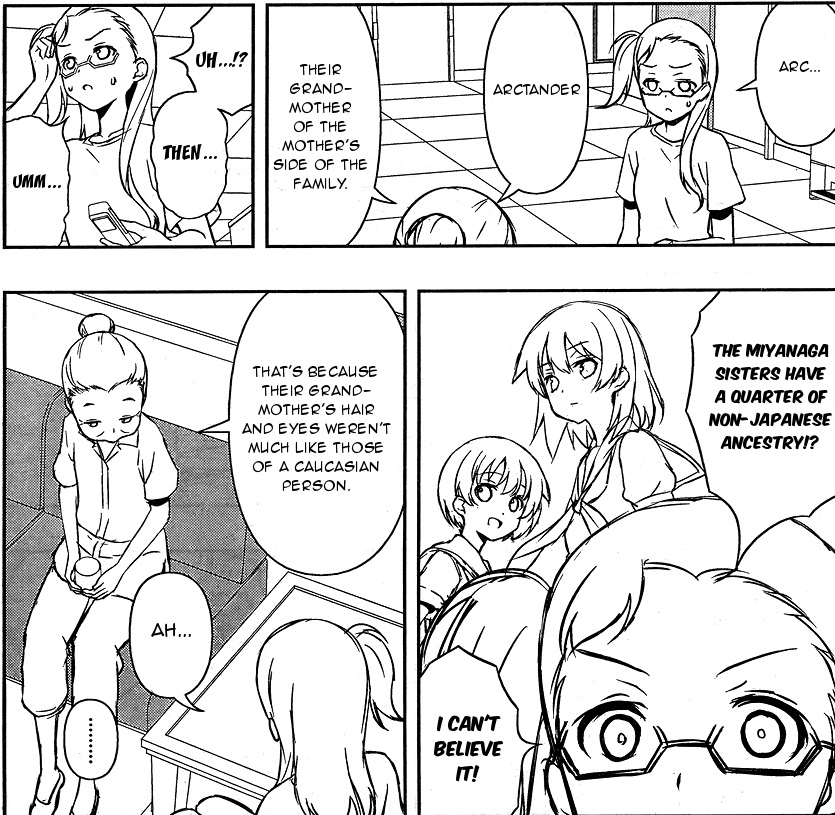 Labeling an individual out of a preconceived notion is something to be avoided, be it stereotyping or something else altogether. Unfortunately, it remains something that happens on a regular basis in the real world. Please refrain from judging someone before you really get to know them.

If you feel compelled to act a certain way, then feel free to do so. But only if you genuinely believe this reflects your true self and only if you are not doing this out of some desire to live up to people’s expectations. I know that this conflicts with Satoha’s actions and motivations, but that is my stance on the matter and what I wished to convey with this inadequate post. Hopefully we all can learn from these examples and not repeat their mistakes.