No unexpected hitches happen in this episode. Worrywart Shiori manages to devise a situation that benefits both the Tourism Board and the Board of Merchants. As a result, the First Manoyama Mega Somen Expo is a resounding success. Yoshino charges in with a ridiculous idea that doesn’t really pay off. The Tourism Board is, once again, technically successful despite not accomplishing all of their intended objectives (the Manoyama Mommies Together Club’s Spicy Somen Spring Roll was more popular than the Tourism Board’s Happy Somen). Finally, Kumano and Sayuri resolve the misunderstanding and start a potential romance.

The key point of this episode was demonstrating how the Tourism’s Board’s efforts are starting to pay off. The Happy Somen that Sayuri devised incorporates makes use of kombu, a traditional food eaten in Manoyama, and ends up becoming a dish that proves to be nostalgic while being representative of local cuisine. While Happy Somen wasn’t the most popular dish at the Somen Expo, Sayuri’s creation was striking enough that people wanted to sell or make Happy Somen for themselves, which consquently enables Happy Somen to potentially become local classic cuisine. The unique dish has immediate impact (which is more that could be said of the ranma showing up at the train station or of the film shooting) on bringing in potential tourists since restaurants begin selling novel Happy Somen. Ririko’s grandmother is pleased to see that they’re finally starting to understand.

Shiori’s dynamic with Yoshino essentially emboides the classic saying, “opposites attract” – Yoshino doesn’t think things through and plows ahead with her creative ideas whereas Shiori is careful at planning but her ideas can be considered dull. Hopefully the duo can continue to make use of their own strengths in future arcs.

Speaking of future arcs, I was convinced that there would be on where Ririko has to struggle and fight her way out of her helicopter grandma’s grasps since the older woman intends to keep her away from the Tourism Board. However, the grandmother was, as stated above, very reasonable. I doubt this will happen now. But I do find Ririko’s behavior to be rather mysterious. What’s her goal? Why did she not speak up when the Tourism Board’s festival turn out to be held in the same day as the Board of Merchant’s festival? Why does she not care? Hopefully this is explored in the future.

Another solid week for Sakura Quest, the show that has been consistent all season thus far and has made me realize that I appreciate dad jokes. Only good things here! I’m looking forward to the next episode. 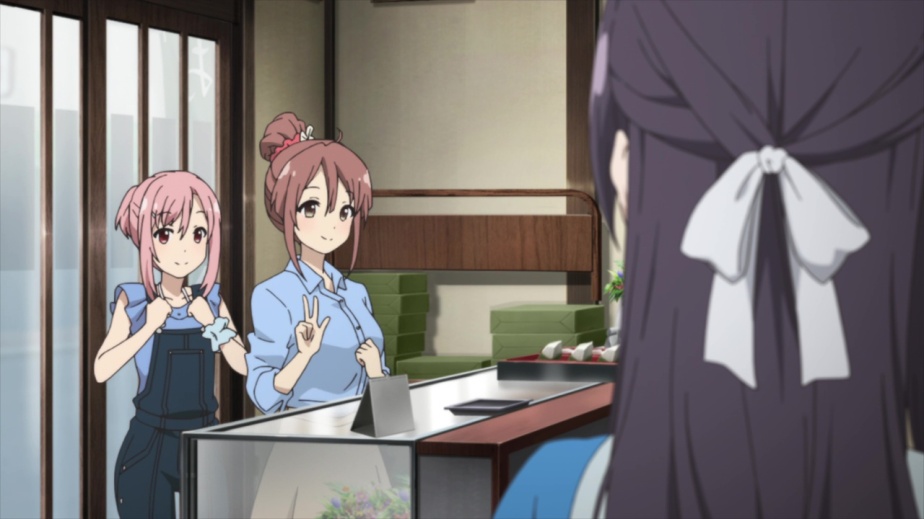 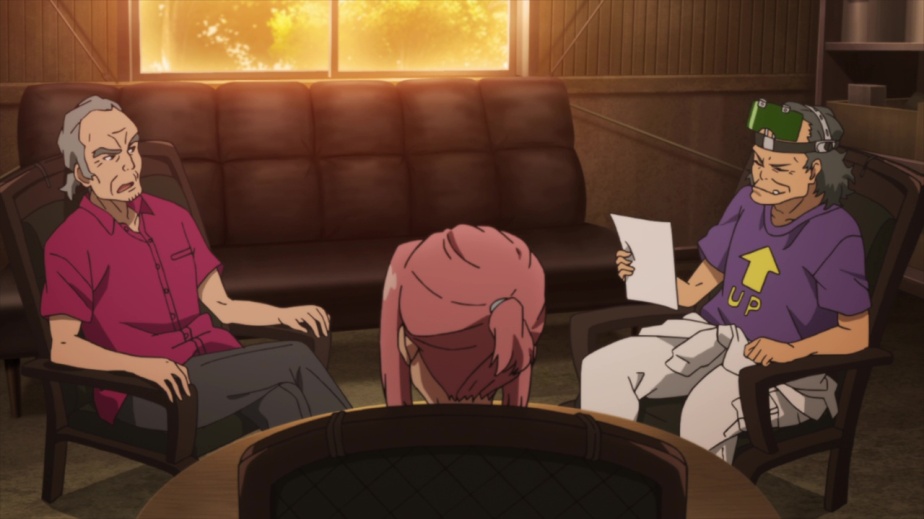 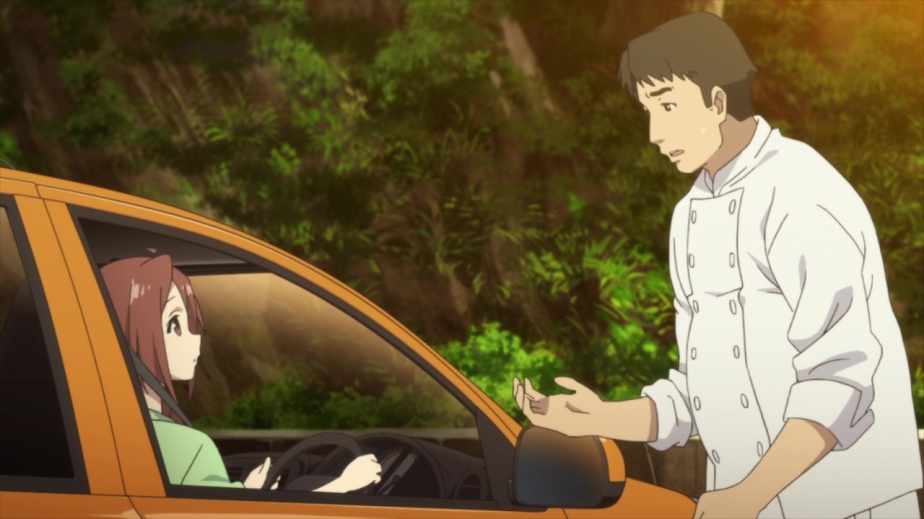 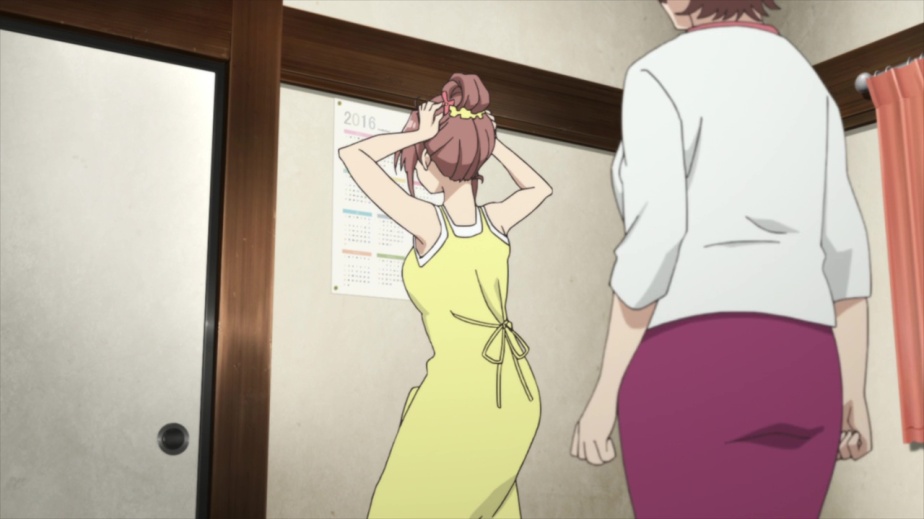 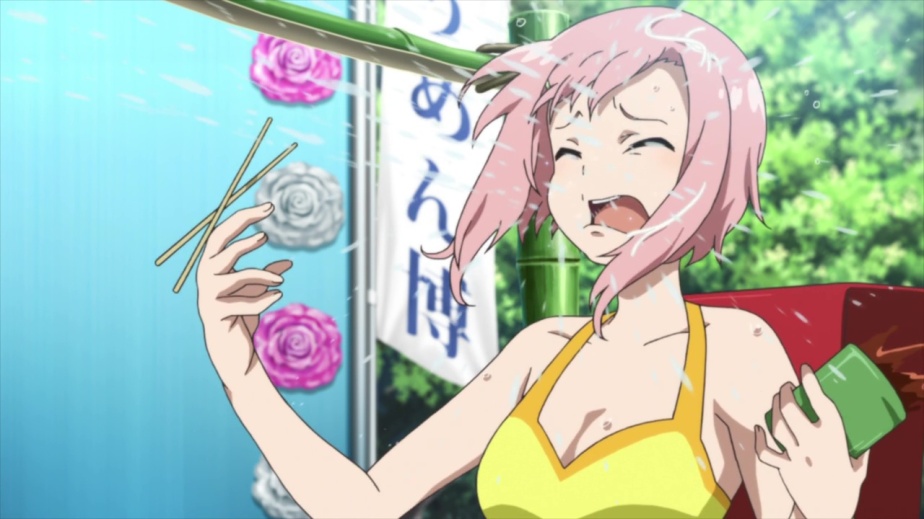 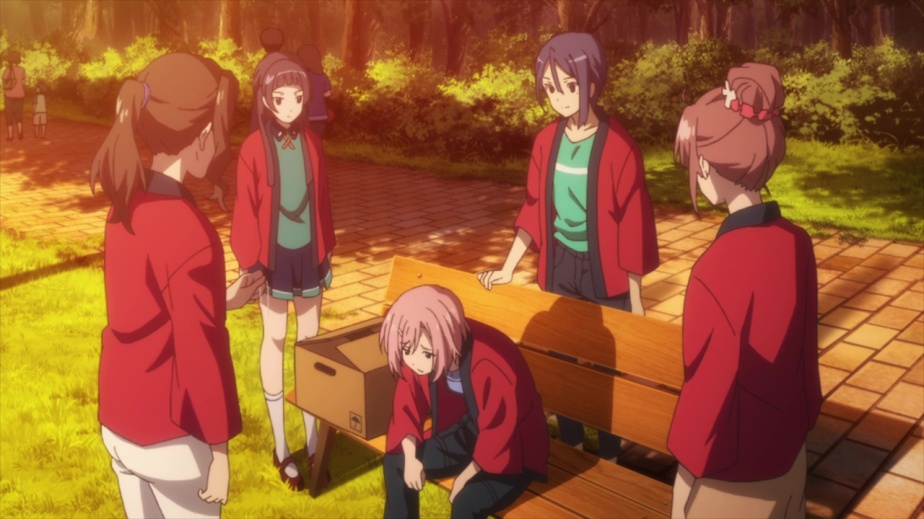