Summary: After being inspired by a theatre play, countrygirl Hinako moves to Tokyo in order to join Fujiyama High School’s theater club. Will shy Hinako be able to learn how to converse with others normally without freezing up?

Review: This series represents the worst aspects of the Cute Girls Doing Cute Things genre. If you want to be disappointed, then by all means watch Hinako Note. The series is just as dull as the summary I just provided.

Since Hinako Note is a slice-of-life show, the story is only a secondary concern compared to the characters. After all, the main appeal of any CGDCT show would have to be the cute girls, right? But the thing is, the pacing of the series is all over the place. The series spends several episodes for the initial arcs and only devote 1 to 2 episodes for later developments. I guess the fact that introductions are happening during the first few arcs and the characters are still making up their minds about the theatre thing so that means everything has to be slowed down in order to convey a sense of progression. Be that as it may, the multi-episode arcs crawl at a snail’s pace and the later self-contained episodes seem rushed.

The plot as a whole feels incredibly predictable. When I already know what happens in the final episode by episode 2,  I think there’s a big problem. Well, I suppose one can argue that it’s good that the series is so logical and abides by the typical rules set up the CGDCT anime genre (i.e. the girls take a small step towards a much larger goal by the time the series ends), but I don’t want a show that blindly follows the basic conventions. I want bolder shows that aren’t afraid of challenging the audience’s expectations. Some may think that it’s a bit much to expect this from a slice-of-life show, and they’re probably right. I’m just lashing out and being overly mean. Nevertheless, the fact remains that the show is just boring to watch and leaves me wondering why I’m wasting my time watching a socially awkward girl turn into a scarecrow whenever she gets nervous (which seems rather forced and contrived but I digress).

The characters aren’t necessarily flat (in regards to development and characterization), but they aren’t exactly interesting. Despite being the namesake of the series as well as the main character, Hianko is probably the most dreary of the entire cast. Some shy wallflowers in other anime series can truly progress and it’s fulfilling to watch them become stronger characters. That isn’t the case for Hinako. But I have a history of disliking main characters so I guess I’m biased in that regard.

Kuina doesn’t do much besides supporting Hinako, eating a lot of food, and consuming pages from books (seriously? That’s something I did when I was a kid, but I grew out of that before I hit… middle school… okay, I kept eating paper for a bit too long. Bruce Lee wasn’t even threatening me and I was still doing it voluntarily. Still weird!). She does end up starting to write scripts for Hinako and others to perform, but she’s largely a static character.

Mayuki is a walking embodiment of tropes. Clingy lesbian loli maid who gets overly flustered over trivial nonsense and who hates being treated like a kid. She does grow to enjoy theater eventually (according to some scenes that play during the final episode’s  ED) which is a big deal considering that she dislikes theater since her crush, Chiaki, spends a lot of time on theatre. That’s right, Mayuki is a petty girl who wants to monopolize her crush’s free time. I guess it’s obvious that I didn’t really like Mayuki. 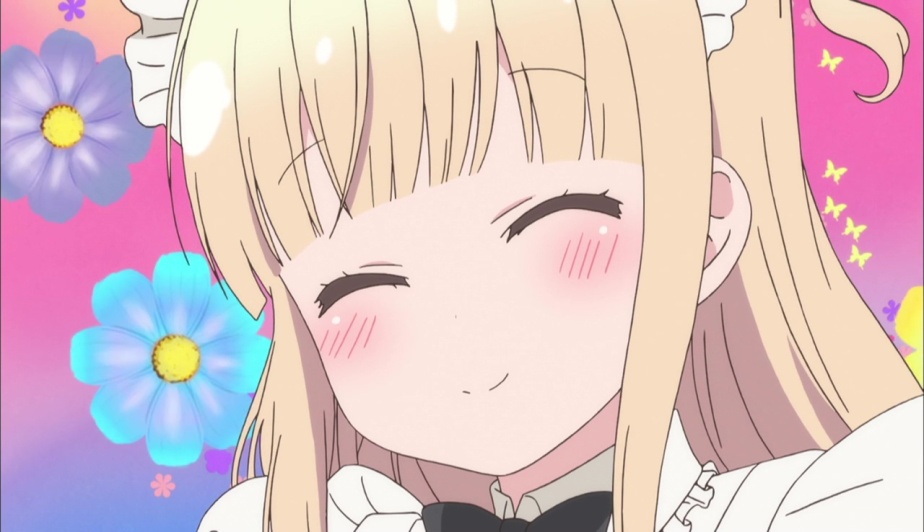 Chiaki exists to be a natural-born prodigy at acting. She’s also incredibly static and doesn’t really do anything besides win the affections of several maidens. A boring character who is just there. 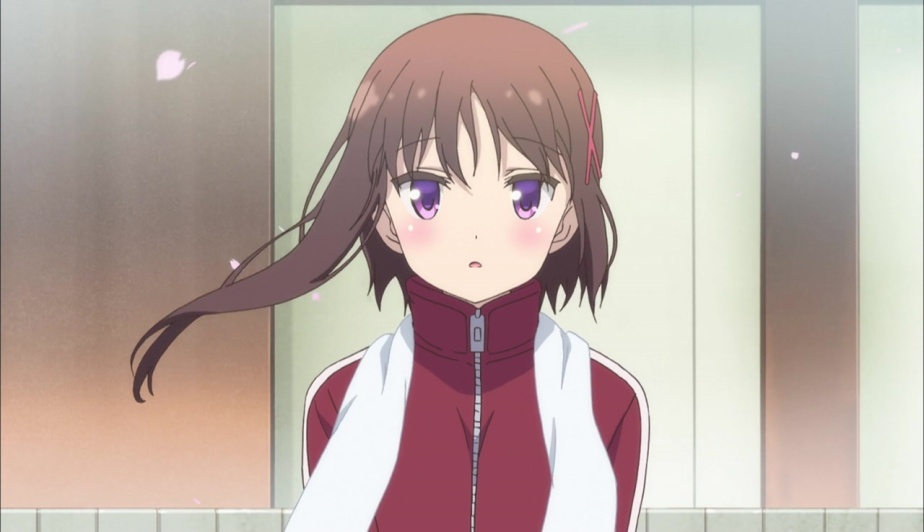 Yua is the smug girl who is head-over-heels for Chiaki, who enrolled into Fujiyama High School due to being inspired by a play (which is very similar to Hinako), and who has an one-sided rivalry with Hinako. She’s probably the most interesting character considering that she develops a ton throughout the series, but she does come across as incredibly mean at times. Still, I guess she helped me tolerate the show with her antics.

Ruriko, the 9 year-old theater club advisor, is basically representative of what the show attempts to abuse in order to distract the viewers in an attempt to make sure they don’t notice how the show has no substance. I’m talking about fanservice. I don’t think many 9 year-olds have D cups. But even if they did, I don’t think series should be focusing on the 9 year-old’s knockers so blatantly. The whole series has an addiction to throwing out all this gratuitous nonsense and it’s frankly pathetic and shameless. The end cards are especially guilty of this. 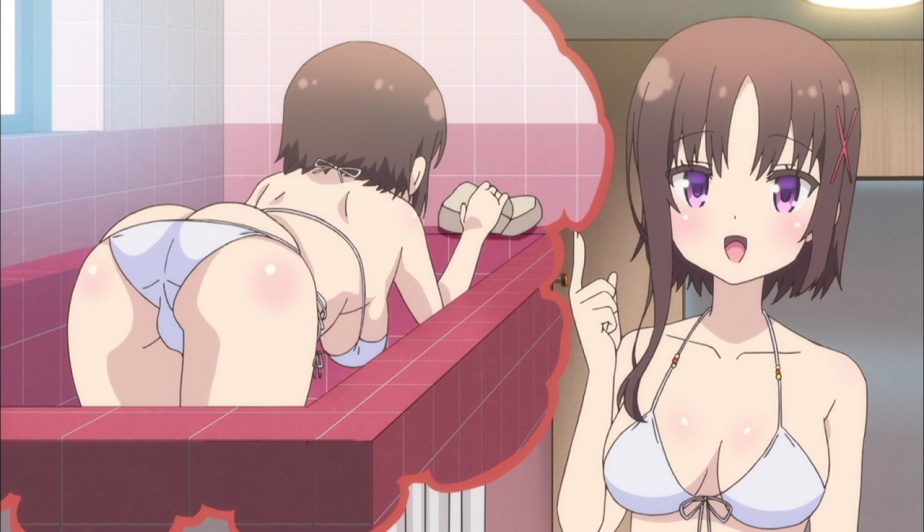 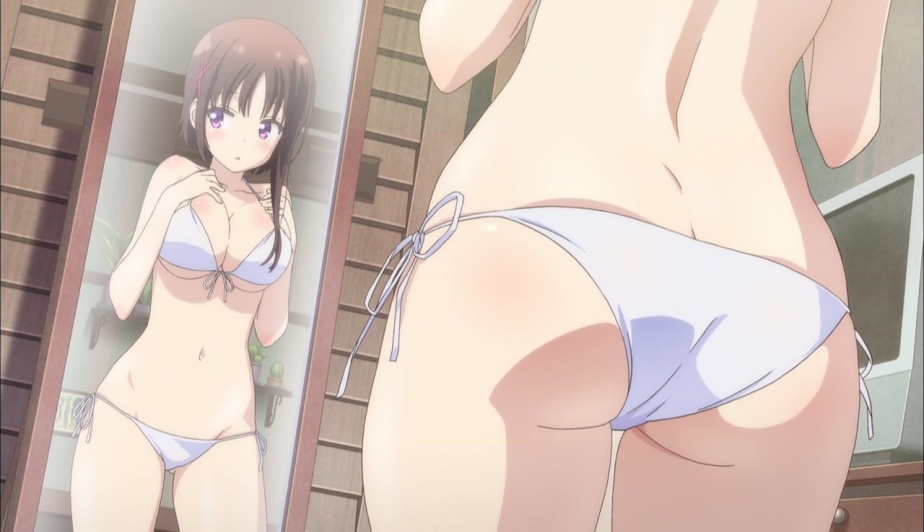 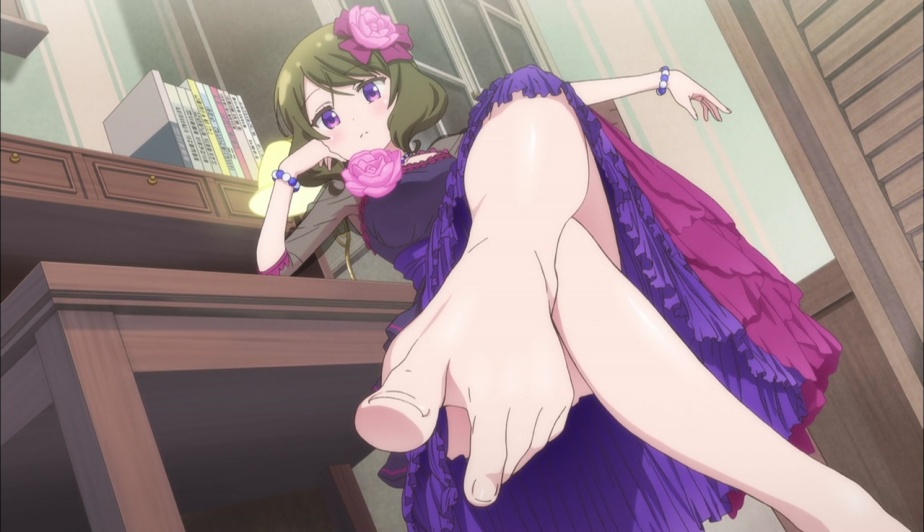 I also really dislike how they have to spell out everything. Yes, Yua and Hinako share some similarities. Yes, Mayuki is rather childish. Yes, Kuina does look pretty. But that gets shoved down our throats like we’re morons who can’t think. But maybe we can’t considering that we’re watching Hinako Note.

The animation is lazy. Characters who aren’t talking in a scene just stand there like they’re waiting in line at the bank and they forgot their mobile phone or something. Gotta cut some corners, huh, Passione?

The music is alright. I guess the OP and the ED is somewhat catchy, in my opinion. That doesn’t change anything in the long-term, though.

As for the yuri, nearly everyone is either drawn to Hinako and Chiaki. That’s what I like to see in a CGDCT series. But like with the tolerable OP and ED, this alone doesn’t really make me wanna give the show a passing grade.

Skip this show. There are so many better slice-of-life CGDCT series out there. Pick a show that actually has substance, enjoyable characters, and isn’t heavily reliant on fanservice to keep viewer interest. At least the eyecatches reference plays…?

If you’re at all interested in characters working in a cafe (since Hinako and her co-inhabitants have to work in the bookstore or the cafe as part of the residential contract), then consider watching Gochuumon wa Usagi Desu ka? Now that’s a franchise that is both atmospheric and entertaining.

If you want to see a shy main character who actually develops, I would recommend Aoi Hana or Amanchu! Fumi in the former experiences solid characterization and character devlopment by the end of Aoi Hana. As for Amanchu!, the viewer really gets some strong insight regarding the mindset of an introvert, which can really reasonate with the audience. 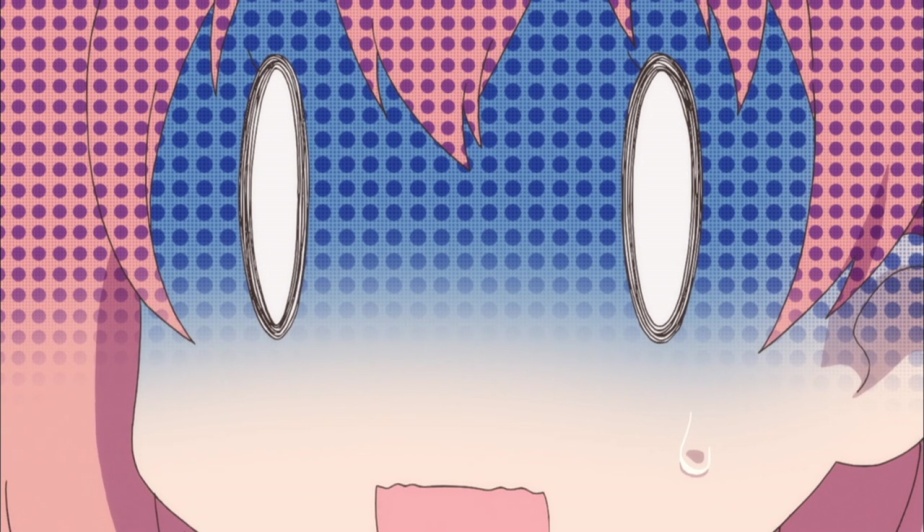