So it turns out that Yoshino went back to her hometown for a breather. Sanae followed suit and went to Tokyo while Maki went to stay at a friend’s house. Shiori and Ririko convince themselves that they’re all on summer vacation and that they’ll be back.

All of the girls, however, are conscious of the fact that their year-long contracts to work in Manoyama are coming to an end and that they’ll have to decide what to do when that happens. Furthermore, Yoshino, Maki, and Sanae are offered alternative career paths that do not align with helping Manoyama. Yoshi and Sanae easily turn down these offers, but Maki can’t help but want to act again and tells Moe that she’ll consider joining the workshop.

Meanwhile, Shiori and Ririko have put together a strong proposal to introduce B&B’s to Manoyama. For those of you who don’t know, it’s kind of like a rental residential thing. With so many open (empty) houses and no nearby hotels, bringing in B&B’s to appeal to visitors is hitting two birds with one stone. There is, however, a rumor that a shady guy has been visiting these empty houses. The episode ends with Shiori and Ririko getting scared by some foreign men.

As the series crosses over to the Summer 2017 season, Sakura Quest brings in an episode that moonlights as a breather episode while actually being one of self-discovery. Several of the girls are forced to consider their current and future prospects, much like people of their age in the real life are wont to do. Sakura Quest did a decent job of portraying this by featuring several pensive shots of the heroine’s faces as well as introducing several characters who we probably won’t see or care about for the rest of the series.

Also new OP and ED since this is the series’ second cour. Yay. More shiptease for yuri fans. 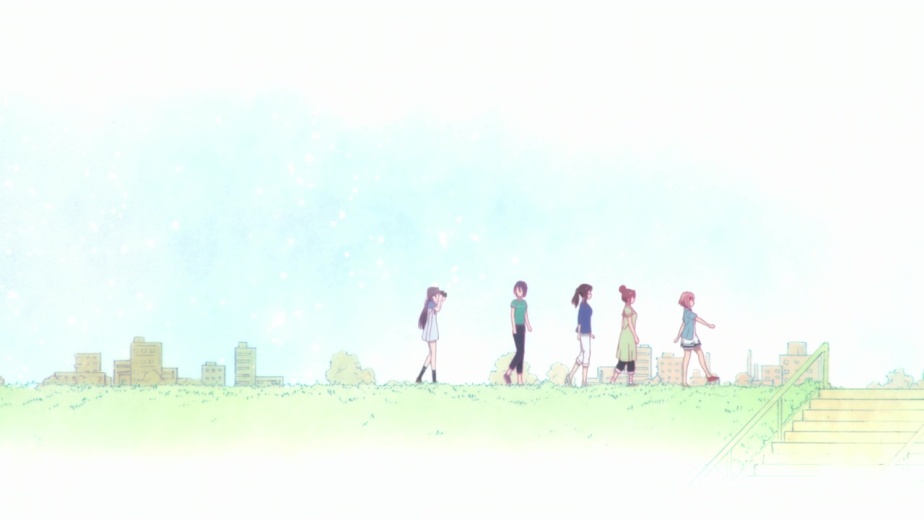 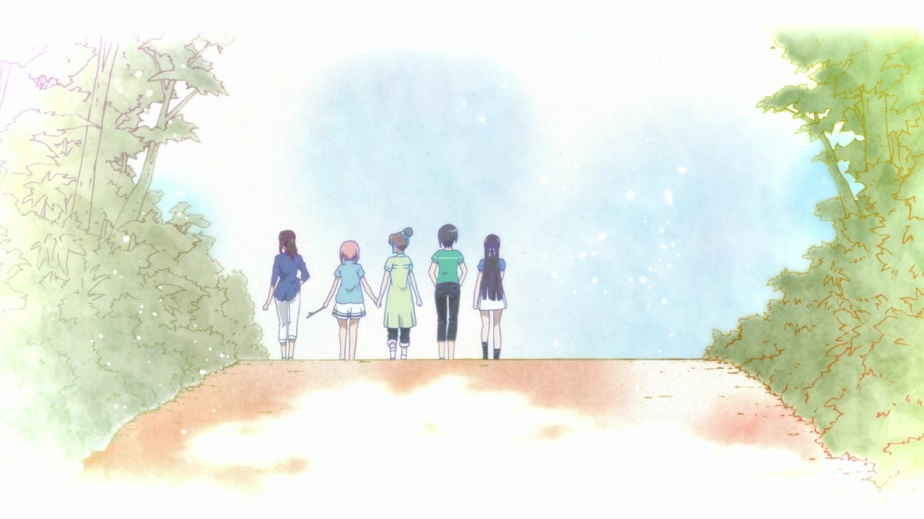