If you have watched the first episode of Princess Principal, then you might have noticed that there are two characters who treat each other differently compared to the others. No, I’m not talking about Princess and Beatrice, who seems to have fashioned herself as an attendant of sorts for Princess, but they do seem to get along well.

Without getting too into spoilers, the plot in the first episode revolves Eric, a scientist defector. However, Eric insists that he won’t cross the Wall unless his bedridden sister is with him. Even though getting her to accompany him would complicate things greatly, Princess manages to make Ange change her mind and she promises to do her best to make this happen. Why did Ange agree to this?

Well, Princess specifically turns to Ange and says, “I mean, it would be so sad to tear them apart.”

Ange then starts and remembers a specific memory. It appears that it’s Ange lamenting while staring up at the Wall. The implication is that the Wall separated Ange from her beloved one(s). And it seems that Princess was relying on Ange to be sympathetic to Eric’s situation due to past experience. 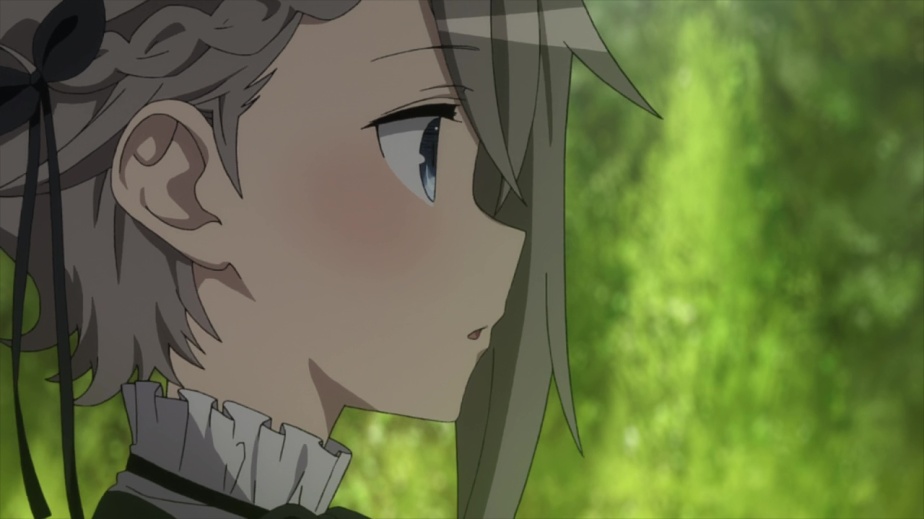 Later on, Beatrice confesses to Princess that she can never tell whether or not Ange is lying. Princess replies that Ange probably doesn’t know, either, but that “some lies can be truth in the telling.” The camera focuses on an old picture frame showing Princess with someone who resembles Queen Victoria. Queen Victoria is probably the Princess’ relative and the Queen considering her title. The significance of this scene is currently unknown.

However, things get really interesting in episode 2, which serves as a flashback episode. Ange and Princess end up meeting at a dance. Princess should have no idea who Ange is, but her reaction upon seeing the girl, which was noticed by Beatrice, says otherwise. Furthermore, Princess asks the question, “Have we met before?” A seemingly innocent question, but perhaps there is more to it. 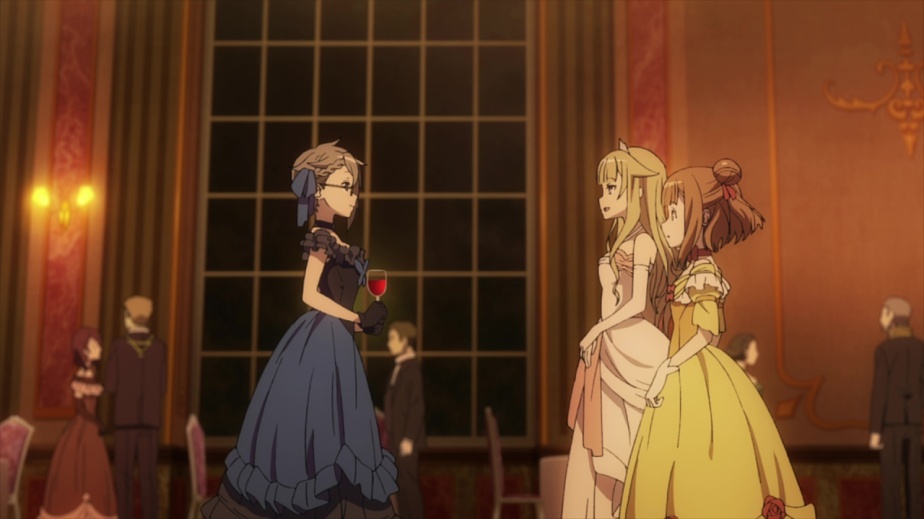 Princess’ face can’t contain her surprise after Ange asks if they could be friends. For a princess who surely has experience being a diplomat, this vulnerability is notable. 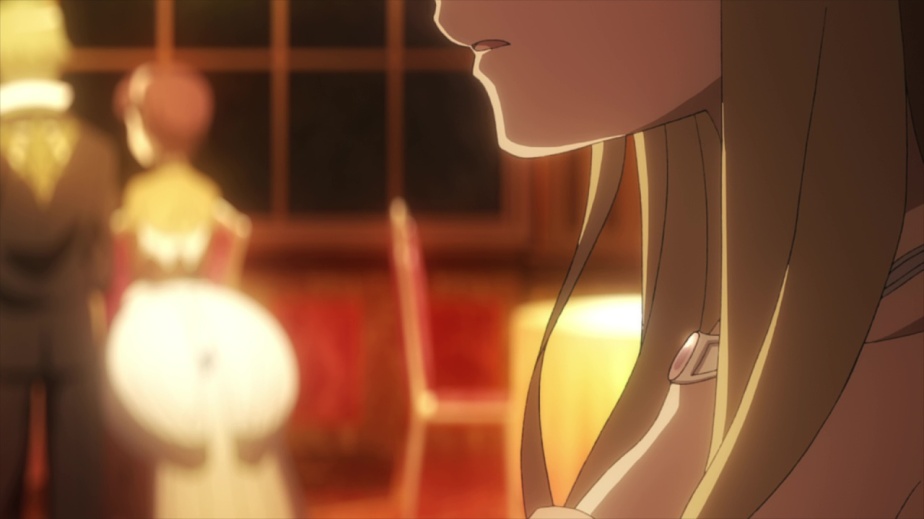 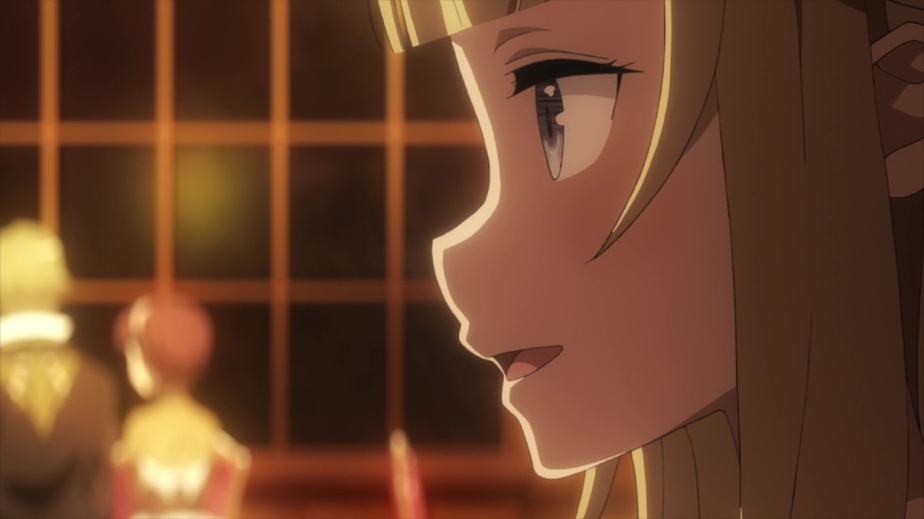 Initially Princess argues that Ange would not enjoy being her friend since she considers herself to be a dull person. However, Ange refutes that by saying that they are opposites. Apparently Princess understands what she means and that is enough for her to accept Ange’s friendship, but Ange’s statement is confusing for both Dorothy and Beatrice, who are only listening to their conversation.

The camera positions them as being at opposite ends of the floor pattern, which only emphasizes Dorothy’s statement of them being opposites. And it seems that Ange recollects another specific memory involving a young girl – the bangs seem to indicate that she’s thinking of a young Princess. 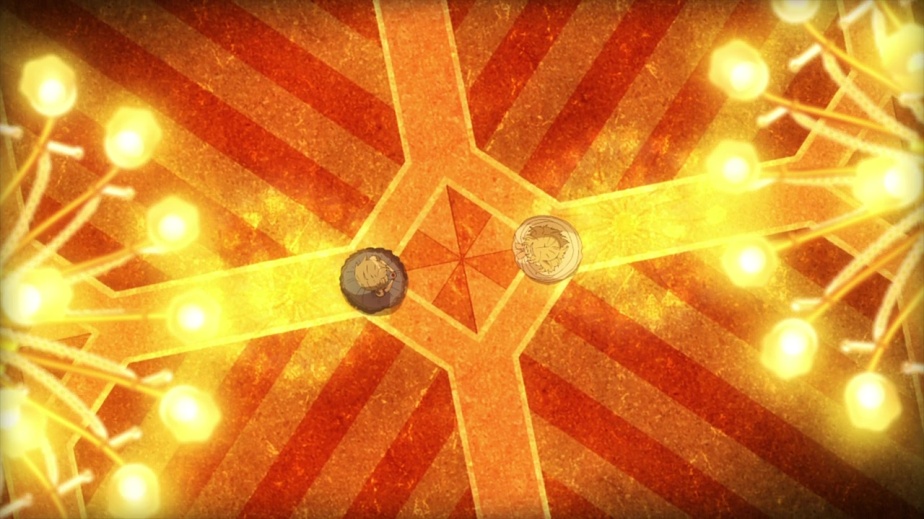 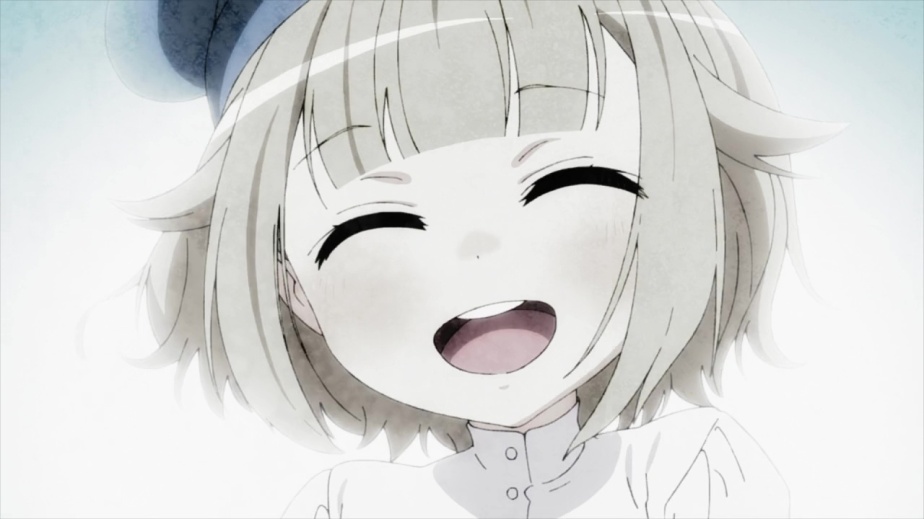 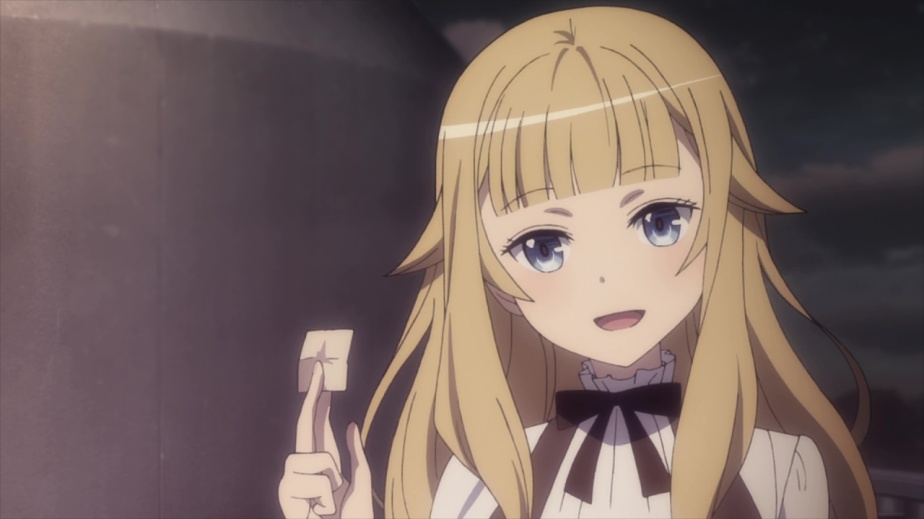 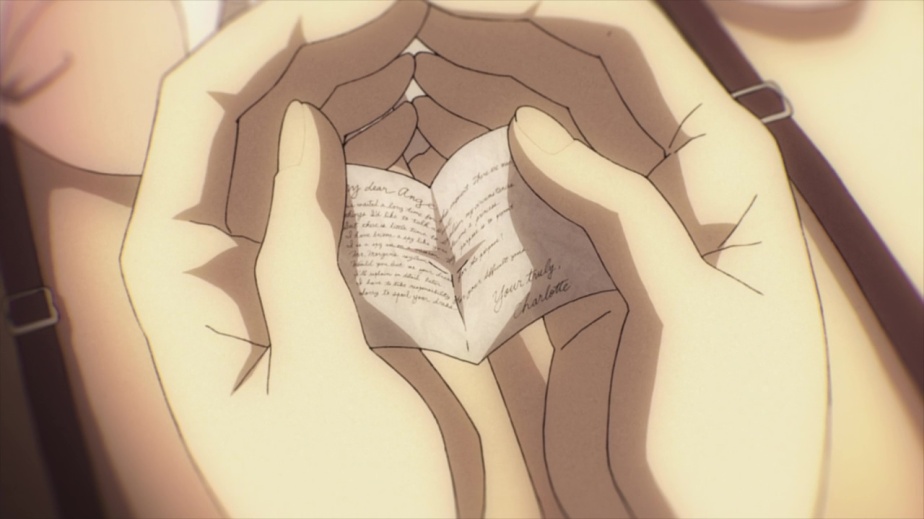 So what does this mean? At the very least, Princess and Ange knew each other 10 years ago. Perhaps they are childhood friends. Maybe they’re even relatives considering that Ange and Princess share the same colored eyes. “Ange” did say that her parents were assassinated in front of her back in episode 1. Only big shots are murdered like that, right? However, we don’t know if she was telling the truth to Eric or not.

EDIT: dywypi brought something to my attention. The Duke of Normandy is the uncle of the Princess and he calls her Charlotte. However, that’s the real name of Ange the Spy. dywypi believes that this indicates that Ange the Spy (whose real name is Charolette) and Princess (whose real name is Ange) have swapped places since the revolution. Furthermore, dywypi pointed out that a line in note reads, “I have become a spy just like you became a princess.”

All in all, dywypi’s theory does sounds strong and solid, especially considering that the name of the anime series draws heavy attention to Princess and how Ange the Spy considers herself to be Charlotte’s opposite. It also would be ironic if it’s revealed Ange is actually the Princess after she had pretended to be Princess! It seems to be all but confirmed by now.

EDITEDIT: I went on Reddit, even though I try my best to avoid the place when it comes to anime discussion, and someone with much better eyes was able to “decipher” the note.

I’ve waiting a long time for this moment. There are many things I’d like to talk about.

But there is little time to explain my circumstances (?).

I have become a spy like you became a princess.

I’m a spy on a mission, my purpose is to grant Mr. Morgan’s Asylum.

Would you lend me your dress for this purpose?

I have to take responsibility for your difficult years.

Sorry to spoil your dress.

All of this is confirmation bias, of course. We will have to wait for more episodes before anything is truly confirmed. But I’m all for this sort of small hints and details in an anime series since it makes us sit up and pay attention.

EDITEDITEDIT: the picture Princess is looking at in episode 1 is emblematic of her lie. She is not really Princess Charlotte, but she intends to keep pretending she is until she is Queen (as shown in episode 3).

EDITEDITEDITEDIT: Episode 8 revealed that the first exchange between “Ange” and “Princess” in episode 2 happened when they were children and when their positions were reversed. Their episode 2 conversation was a sort of test, in hindsight, to see if the other girl remembered.

EDITEDITEDITEDITEDIT: In the words of my episode 11 review, “Princess is now walking on an even tighter rope. She’s a commoner who’s pretending to be royalty who’s pretending to be the spy agent who assassinated and took her place. She’s actually Ange who took Charlotte’s place as a Princess but now she has to masquerade as the ‘Ange’ who killed and replaced ‘Charlotte.’ Pretty confusing if you aren’t following along!