Yuma assumes that Fujiwara and Hotaru slept with each other after walking into the room and seeing Hotaru getting dressed with Fujiwara standing nearby. Feeling upset for some reason, Yuma boldly announces that she’ll be sleeping with Takeda during dinner time and that Hotaru should be with Fujiwara. Be that as it may, Takeda senses that Yuma had Hotaru on her mind and he backs off. Takeda and Yuma end up not having sex and the two drift apart to the point that they don’t talk to each other for the rest of winter break.

After winter break, Takeda and Yuma exchange awkward greetings. After talking to her mob friends, who encourage Yuma to have a serious talk with Takeda, Yuma finds out that Fujiwara is rumored to be dating another girl. We then see Fujiwara receiving texts from someone else, which is followed by him telling a naked Hotaru to leave his room and to go home. Hotaru gets up from his bed while covering her eye.

Yuma pays Hotaru a visit and becomes worried over Hotaru’s eye. The girl claims that she fell. Afterwards, the girls head into Hotaru’s room. Yuma confronts Hotaru over her relationship with Fujiwara, which catches Hotaru off guard. She spills the beans over what she heard about Fujiwara. Hotaru takes it in stride and responds that she’s also cheating. Yuma proves to be a dense girl and asks Hotaru “Who?” Of course, Hotaru is cheating on Fujiwara with Yuma and Yuma is cheating on Takeda with Hotaru!

Yuma’s cell phone then rings – Takeda wanted to have a talk with Yuma. They try talking over the phone, but Hotaru molests Yuma and Takeda senses that she’s with someone else, which causes him to despair.

The series is trying to make the viewer feel varying levels of disgust towards almost all of the characters. I already explained my dislike of Hotaru in the previous episode review (in short, she’s manipulative, pushy, and fond of victim blaming). Fujiwara proves to be a scumbag who cheats on his girlfriend and who is implied to beat on women, so he beats out Hotaru for the worst person on the show thus far.

As for Yuma, the way she didn’t consider her “sessions” of physical intimacy with Hotaru to be cheating behind Takeda’s back speaks volumes of either her naivety or of her heteronormative mindset. Instances of “oh it’s between two girls so _____ doesn’t count” may be included in fiction often and is depressingly common in real life, but it’s rather dismissive towards lesbians and LGBTQ in general, isn’t it?

Takeda is still the nicest person in the series, by the way, and he doesn’t deserve to receive what’s happening to him.

At any rate, I can’t help but consider arguments that support this series as one that support lesbian couples to be fundamentally weak. The last few episodes have been successful at wiping away any sort of optimism while showing its true colors – NTRap is targetted towards boys who like the idea of girls kissing other girls. That being said, the drama is there and I guess prospective viewers can become hooked off that. Maybe seeing bad people do bad things are your thing. You do you. 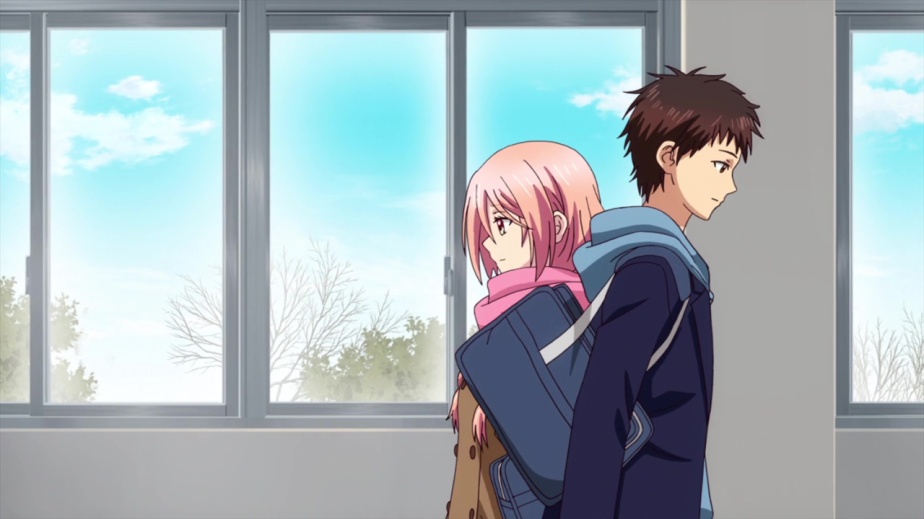