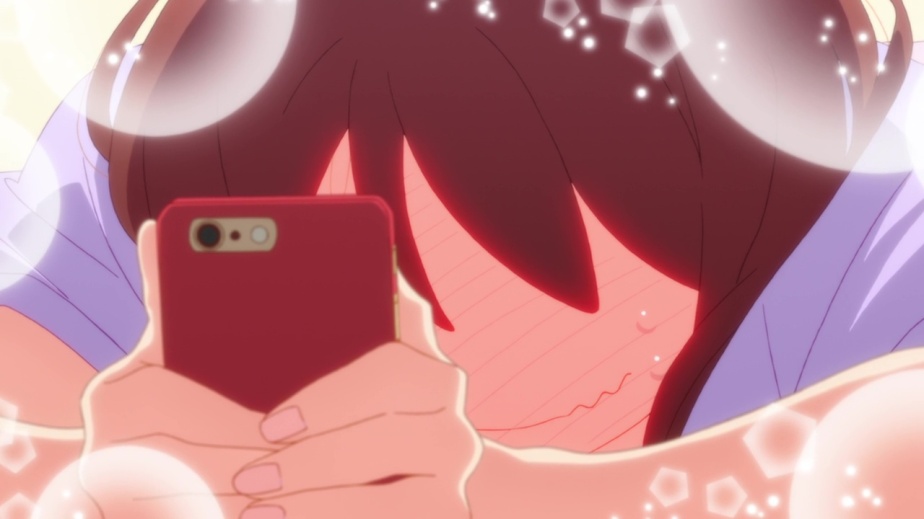 2. Kaoru is Yuuki’s childhood friend and she’s miffed that Yuuki is crushing on Satsuki (which is why he joined the Astronomy club). He seems to be of the impression that he hates her, which causes her to act much like a tsundere. Satsuki ends up walking in on Kaoru forcing a kiss on Satsuki, which leaves everyone feeling embarassed.

Not a fan of how Yuuki is so bad at reading Kaoru’s intentions and feelings, but sure. 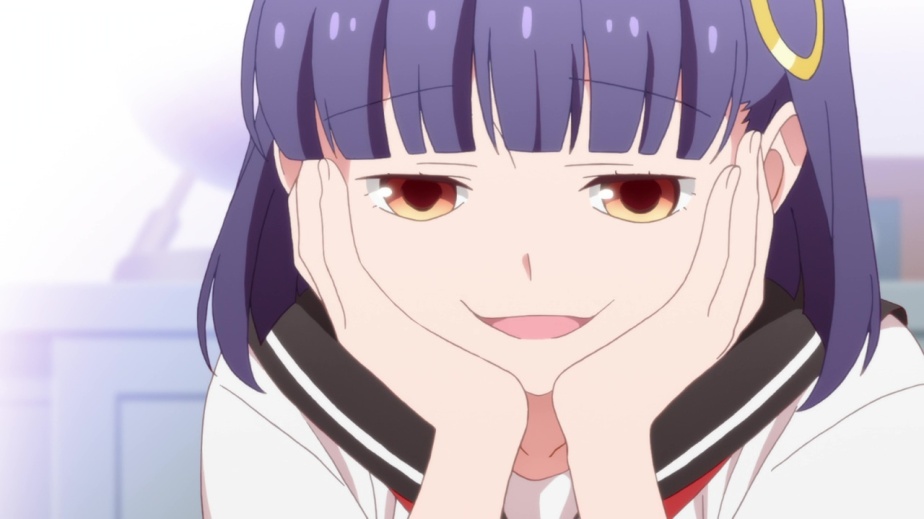 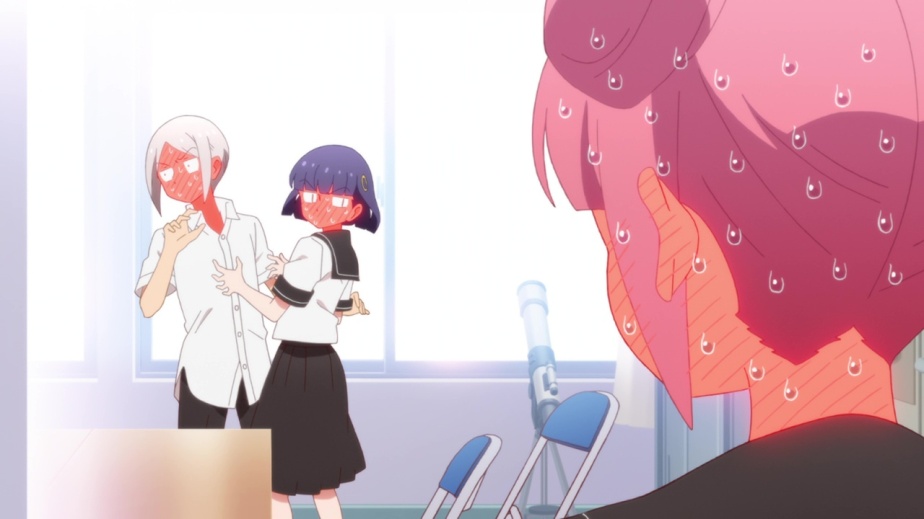 3. Despite the fact that they’re now dating, Ayaka feels like Takeru is keeping her at a distance. After some poorly phrased words from Takeru, Ayaka is led to believe that he’s dumping her which causes her to start crying. However, it turns out that Takeru was actually admitting that he wasn’t sure if it was cool to just start acting like a boyfriend right after they started dating. Ayaka glomps him out of happiness.

I really like Ayaka. She can make crying look beautiful. I’m not sure how someone can suck at communication this much, but Takeru continues to amaze me, too. Most of the male characters are bad at communication, actually. Hopefully things go well between Takeru and Ayaka from now on. 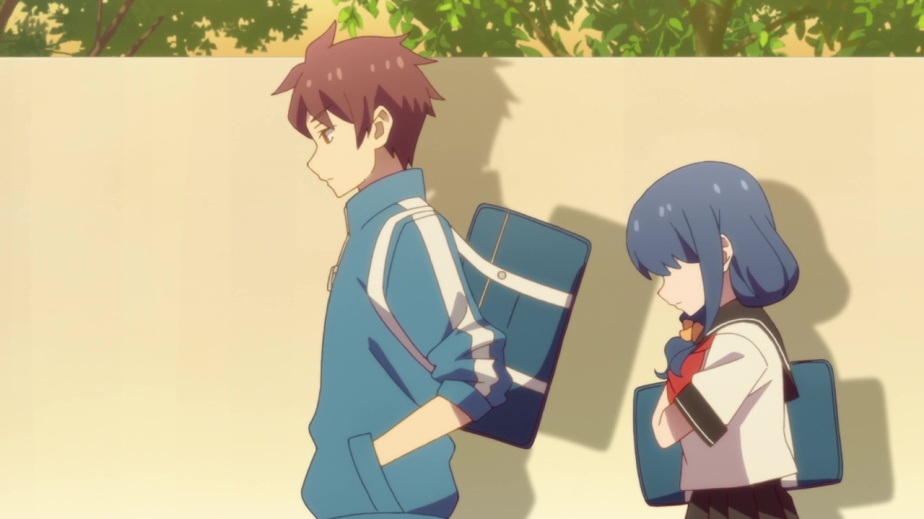 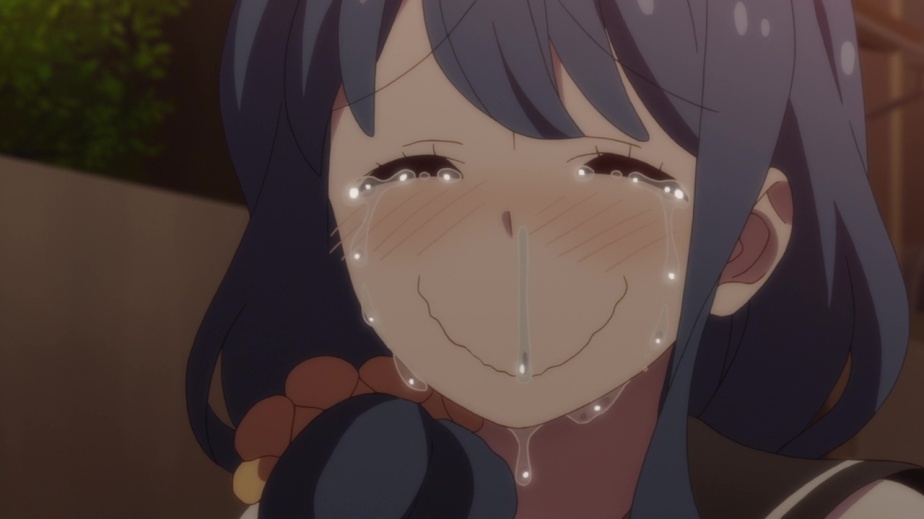 The last 30 seconds or so carry on the tradition of super embarrassing parents. Yuuki’s mom accidentially “reveals” that Kaoru has a crush on him.

The last picture was kind of cute so that’s why I included it. Yuuki was sent over by his mother to give Kaoru’s family some oranges. That’s some real childhood friend stuff right there.

The show continues to be a blast for those who enjoy romcom interactions with drama happening due to miscommunication.