True to their word, Kuro Irodoru Yomiji (the developer behind Ne no Kami and other games) made sure to include the setting from Sacrament of the Zodaic, an earlier visual novel that wasn’t quite as poignant as Ne no Kami, within both parts of Ne no Kami. It’ll be spoilers if I elaborate any further, but I always love seeing developers and creatives tie several series or stories together in order to create a larger, more vibrant world.

Originally released late December 2016, the sequel to Ne no Kami has recently been localized. Does it live up to the hype?

Lewdness: 3/3 (Lots of Lesbian Sex;  most of the ecchi scenes are actually pivotal to the plot)

Review: First and foremost, this is a sequel! You won’t know what’s going on if you haven’t played through the original! If you want to read my review for the first game, you can do so here.

Long story short, the game both excels and fails as a sequel in different ways. I know that sounds like a cop-out, but let me explain.

A lot of the previous mysteries from the first game are cleared up and nearly every “twist” had a fair degree of support via foreshadowing. However, there are still some loose ends that weren’t properly addressed. As it turns out, there’s probably going to be a part 3 or additional visual novels that take place within the same continuity since there’s a “To be Continued” ending screen! (True to their word, Kuro Irodoru Yomiji, the developer behind Ne no Kami and other games, made sure to include the setting from Sacrament of the Zodaic, an earlier visual novel that wasn’t quite as poignant as Ne no Kami, within both parts of Ne no Kami. I always love seeing developers and creatives tie several series or stories together in order to create a larger, more vibrant world). That’s all I can really say without venturing into spoilers territory.

Be that as it may, there’s one specific sequence where the story lulls to a stop because the characters are forced to study mythical history. As expected, the contents of their study session turn out to be very relevant to the story, but it doesn’t change the fact that I considered the scene itself to be rather dull. Still, there’s that foreshadowing at work again, so it was basically a necessary evil. Hope you’re into Japanese folklore! At least it follows a very amusing pool scene, so the player isn’t left bored for an extended amount of time.

The narrative proves to be confusing at times since many of the characters have intricate and clashing motivations, but that’s because the game doesn’t hold your hand and assume you’re an idiot (it does, however, include a very funny glossary that provides definitions for tangent words). You gotta put in some work, as in slow down and read and think, in order to have a sense of what’s going on. 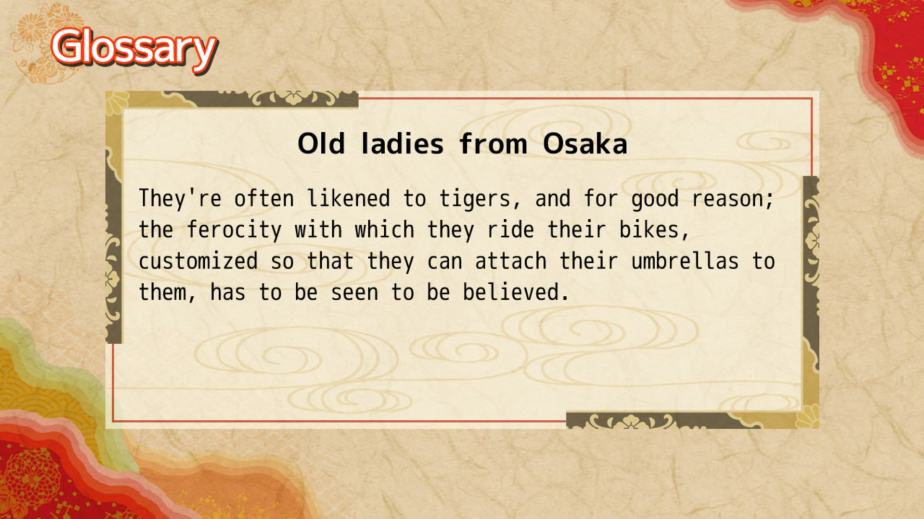 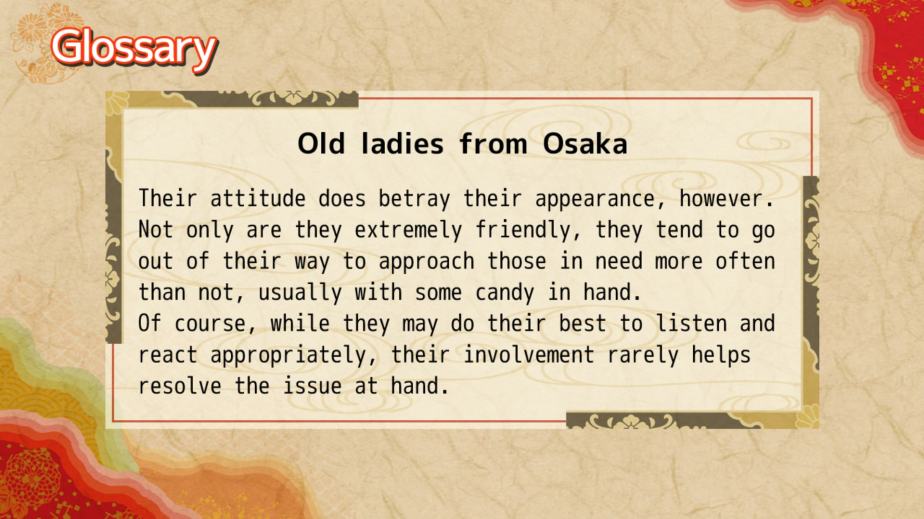 Once again, characters who aren’t part of the fabulous four main characters (Len, Uzume, Shino, and Ruka) look less than fabulous under most circumstances. But the fab four look great! The dynamic battle scene effects they demonstrated in the first game reappear and look just as sharp as they did before!

As for the voice acting, the franchise (?) continues to put out amazing work. The girls never fail at sounding cheerful, heartbroken, or plain ol’ angry. Hearing them talk among themselves and listening to them make jokes at each another’s expense was a wonderful experience, of course, but the more emotional scenes were very powerful. There was one particular letter scene that left me in tears. I really missed their snarky exchanges! 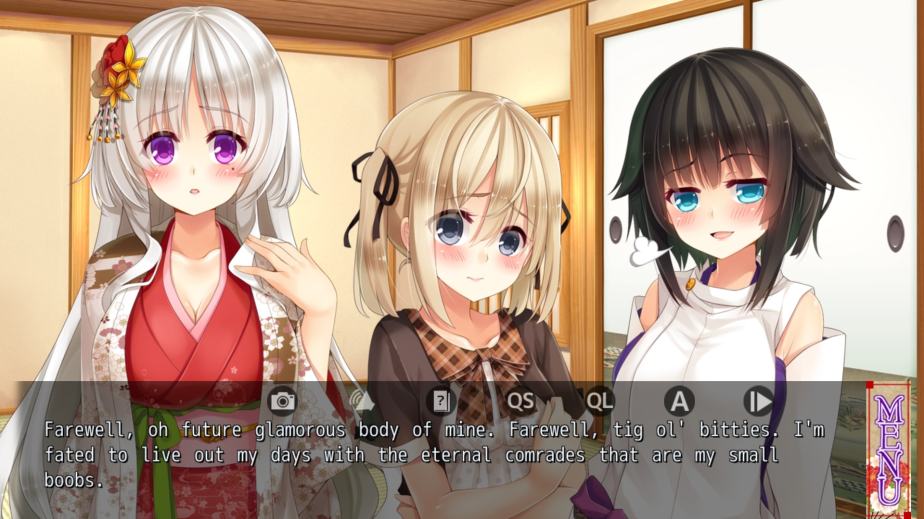 As for a feature I didn’t expect, there was this interesting program that is supposed to be allowed you to take screenshots to directly share on Twitter. The original was also updated to include this feature a few months ago! I didn’t bother setting it up so that the app would actually work, but it sounds like it could be fun for some people. Also the app theoretically prevents players from tweeting spoilers, so yay?

There are a lot of great songs, both vocal and instrumental, in this game. The music always sets the mood and I’m left feeling anxious or fired up as I click like I’m possessed in order to enjoy the story in all of its glory.

EDIT: It turns out that the Extra Scenarios will be implemented later as a stretch goal for the IGG update patch. Thanks for letting me know, Lime!

Ne no Kami Part 2, for the most part, lives up to my expectations as a sequel. The story is interesting and well-written while the characters are engaging and sincere. Furthermore, the voice acting is stellar, the two features that were in the previous game at launch still look great, and the yuri is as wonderful as always. Unfortunately, the UI is minimalistic which means there’s only a Fast Forward button (meaning there’s no Skip button to jump through chapters). The fact that the visual novel is being sold as an incomplete product, since the Extra Scenarios are listed as “Coming Soon,” also irks me. Now all we have to do is support the IGG update patch and hope we can reach the stretch goal. I can come to terms with the fact that the visual novel ends with a “To Be Determined” – it just means that I’m into the franchise.