Summary: Liones Yelistratova, who is a naive princess from a remote country, begins attending a school in Hokkaido as a transfer student. The school happens to be a specialized educational institution operated by ALCA that exists to train Logicalists, who maintain world peace. Upon enrolling into the school, Liones enters class S where she meets many classmates. She and her newfound friends are about to have a fun-filled and fulfilling school life!

Review: This series is not going to be anime of the season by any means, but it is a cute, fluffy series that featured actual yuri text. Furthermore, Hina Logi is a successful spin-off series that is more enjoyable than its “main series, Luck & Logic from 2016.

There are a few reasons why this series will struggle to receive recognition. First of all, Hina Logi will only appeal to a specific subset of anime fans (the ones who enjoy CGDCT and slice-of-life shows). There are instances where the characters do battle with one another and the scenes are actually decently animated during such moments, but that wouldn’t win over people who are apathetic to the aforementioned genres.

That being said, the battle system is rather interesting as the girls basically make contracts with Foreigners (gods, demons, creatures, machines, etc from outside worlds) and basically undergo magical girl transformations in order to access unique powers. The battles are sort of exciting since several of the girls have multiple contracts and they switch between powers (and uniforms) at will.

All of this, however, is sort of undermined by the current situation of the world. There are no more hostile Foreigners so the need for Logicalists have dropped down by a significant degree. Thus there seems to be no need for this specialized academy and no point behind the practice battles. It’s a marked changed compared to the original series, where the protagonist and his teammates were constantly at alert. With so little at stake, it can be hard to feel tension during said brawls or during instances where characters are mulling over future careers and aspirations. 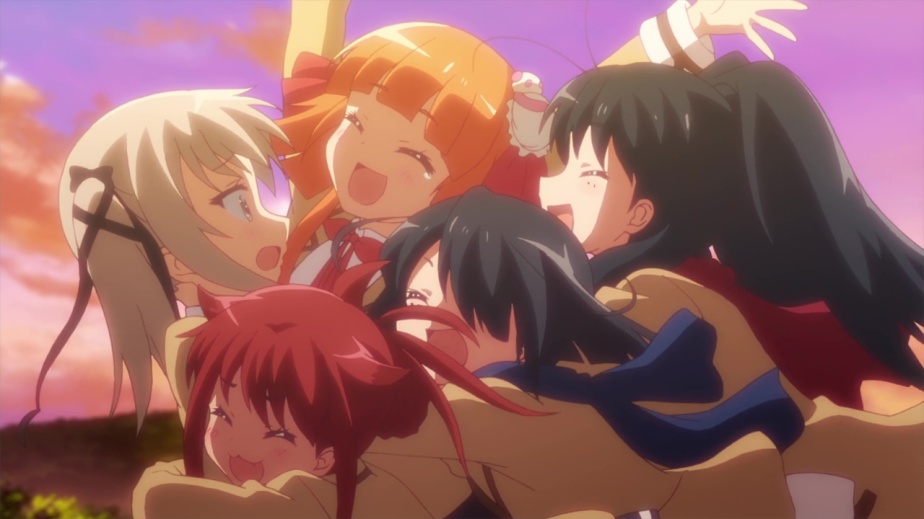 The other reason is that it’s a spin-off to a mediocre main series. The stigma remains and many people have second thoughts about Hina Logi as a result. However, I think this series is a successful spin-off because
a) it can be enjoyed without having watched Luck & Logic
b) some characters from Luck & Logic appear as cameo characters and they don’t overly complicate the plot – they’re just there as a treat for viewers who watched the original series (although I won’t defend Luck & Logic as a whole, I did like some of their characters)
c) it diverges from Luck & Logic in regards to genres and technicalities

The last point provides an incentive for different fans to check out a series. Some may not like battle, action-orientated harem series, for instance, and may be more into CGDCT shows that feature action as a sub-genre, for example. Hina Logi also is different from Luck & Logic in regards to the rules revolving around contracts with Foreigners – the original series never had any Logicalists utilize multiple contracts and Logicalists had an established time limit for their transformations, which was never an issue in Hina Logi. I also would have liked to see the Foreigners move about in the human world like how they did in Luck & Logic. Instead, they’re all …trapped in cards for the most part. It’s like they all lost a duel to Maximillion Pegasus or something. 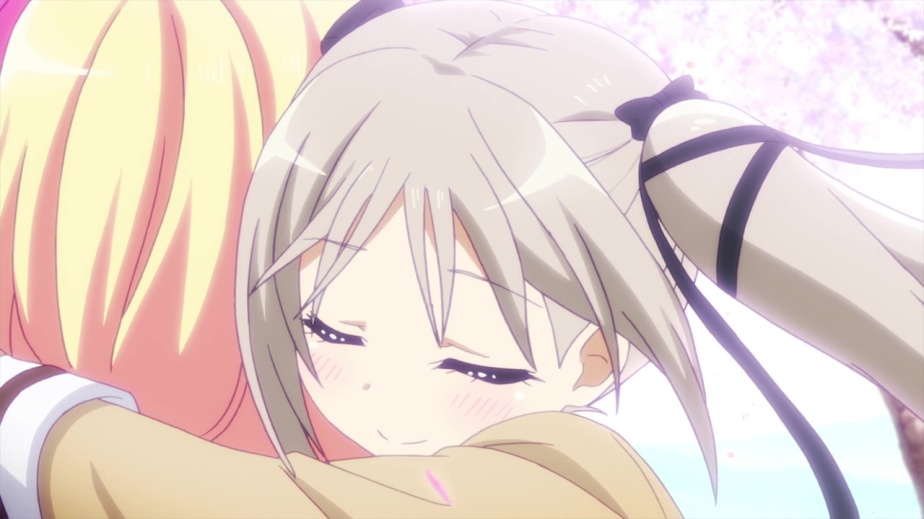 The characters are slightly one-note, but some of them do develop as the series progresses. My personal favorite was Mashiro, the red-headed (and thoughtful) inventor who frequently causes explosions.

I’m actually quite fond of the OP, which makes use of stop-motion to create interesting visuals. The ED isn’t bad but it falls short in comparison.

As for the yuri, it really kicks in towards the end of the series, but it was nevertheless present from the beginning. Episode 11 in particular is wondrous in that regard. Someone else had these wise words (which have been paraphrased) to say: “the series got better as it got gayer.” The series as a whole starts off slowly, too. Perhaps gayer is actually synonymous with better after all.

A fun series with some action and a good amount of both yuri subtext and text. It’s superior to Luck & Logic, in my opinion, but it also has a sluggish start and won’t appeal to people who care little for cute girls doing cute things. 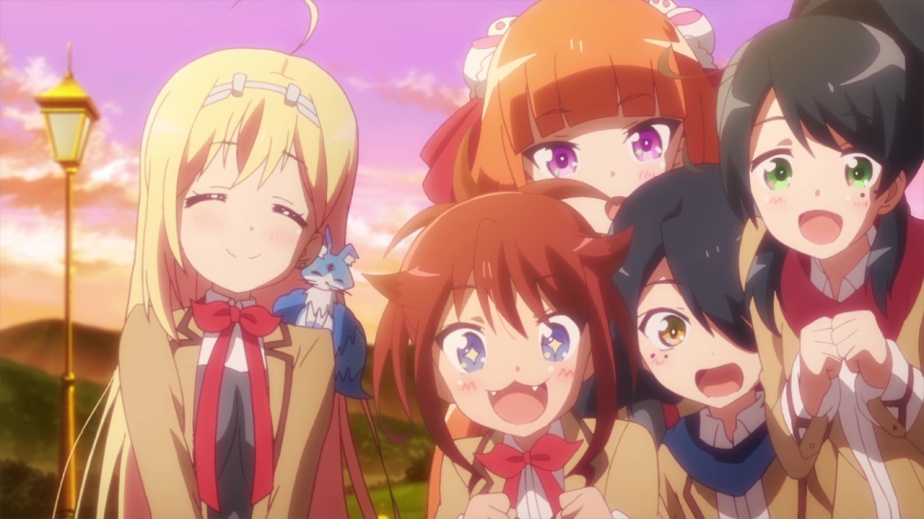