Summary: Five women are hired as travel ambassadors by a tourism agency that is situated in Manoyama, a small and declining countryside town. Will they be able to revitalize Manoyama within a year?

Review: It may not be the next Shirobako, but Sakura Quest explores some topics and themes that will surely resonate with many viewers. Alas, the first half was generally weaker than the second half and some of the solutions shown on-screen were overly tidy and inconsequential.

I’ve talked about resonance before, but I believe it’s a definite positive. If viewers can relate to the show’s messages, then their opinions of said show will likely improve and they may become more invested in the characters and in seeing how a story develops than they would otherwise. Such is the case for Sakura Quest, a series that tackles issues such as unemployment and disillusionment with the work environment. Such topics are very relevant to young adults who are uncertain of their career paths and can provide a good sense of nostalgia to individuals who are already firmly secured within the occupation. Hook, line, and sinker for such viewers, and the show delivers, for the most part.

Some aspects of the setting, however, could be considered a bit too far-fetched to happen in real life. The fact that the Tourism Board declares Manoyama as the Kingdom of Chupakabura is a bit silly, for instance. But it also establishes that Manoyama is initially trapped within the confines of an outdated and xenophobic mentality, much like a kingdom is outlined and defined by limiting borders. Thankfully, such a mindset dissipates as the series progresses.

The characters also become more developed as the episodes pile up. While the five female characters come across as being one-dimensional when they are first introduced (choice words to describe specific girls as they first appeared would be whiny, avoidant, “tropey,” etc), their personalities turn more nuanced and somber as they ponder and worry about their future prospects and careers. They also start working together as a team as they grow closer to one another. Even the Merchant Board, an entity that starts off as being against most of the Tourism Board’s activities, is never truly unreasonable and have points behind their protests. Well-written characters ahoy here!

So on the character side of things, Sakura Quest excels in general. Things are less clear-cut when it comes to the events that pushes forth and motivates characterization and character development, however. I’m of the opinion that the second half of the series is generally stronger than the first half – the first cour is made up of these two-episode set-ups that hurt viewer engagement due to predictability. After all, viewers know that the (bi)weekly problem will always be neatly resolved. Be that as it may, there’s a sense of general progress beyond the more short-term problems to the point that developments from earlier episodes are addressed again later on.

The second cour as a whole is more enjoyable simply because it’s less predictable. Part of the reason lies with the fact that the two-episode set-up format is largely abandoned, but it’s also because the girls get swept up in activities that do not directly relate to their current reason for employment (which is revitalizing Manoyama). Some may find the inclusion of such arcs to be redundant, but it’s more of a reflection of life in general, I find. Hardly anything can be achieved by following a straight path. Detours and turns have to be made to reach any sort of goal.

At any rate, there was one particular episode where things seemed rushed and one particular development happened out of nowhere. While it was close to the end of the series and had me worried that the ending would be similarly rushed, it appears my fears were misplaced except for a few things that were left unexplained.

My biggest gripe with Sakura Quest are the nature of some of the solutions to the problems that the Tourism Board regularly encounters. Said solutions are often too optimistic and impractical in the short-term. Still, it was nice seeing the girls play problem solver.

The animation as a whole was gorgeous, particularly the backgrounds. PA Works did some flexing as they brought Sakura Quest to the audience, that’s for certain.

As for the yuri, you really shouldn’t bother looking. I really had to strap on those shipping goggles tightly to see anything. PA Works is more concerned with showing working girls, anyways, so any sort of romance between female leads exists as only subtext. Here are a few instances that I noticed. 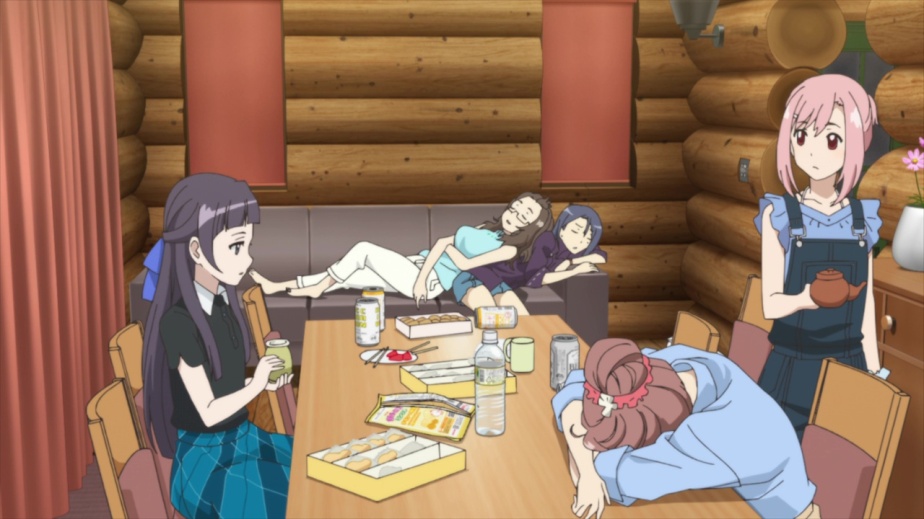 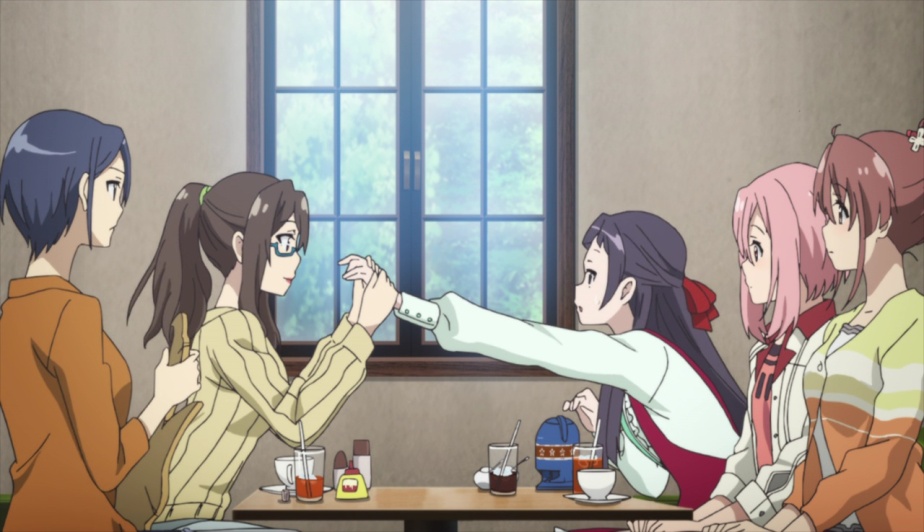 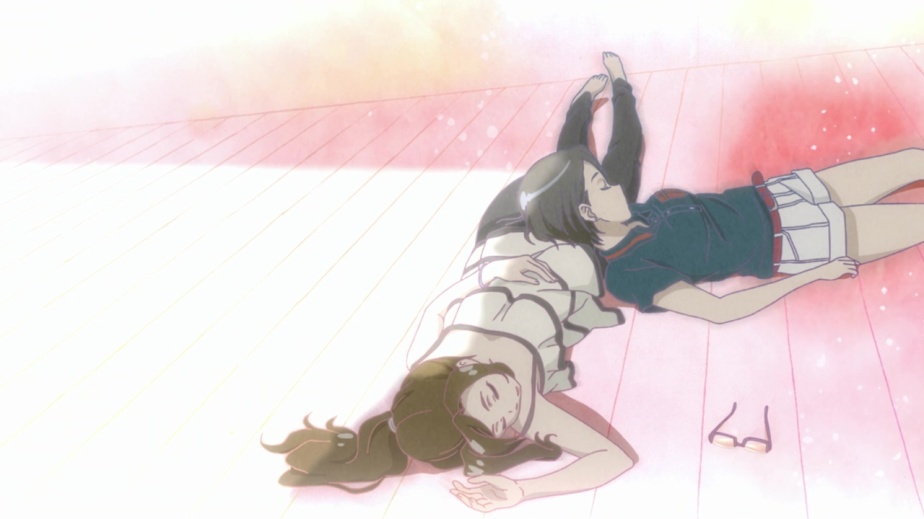 A series that has good intentions and great characterization, but lacks sincerity during certain moments. All in all, I still enjoyed watching the show, but things really improved after the first cour.