We all know about the infamous beach episode that tends to pop up in all sorts of anime series. But what about the summer festival episode?

1. The geta will malfunction

Woe be to any female who decides to wear traditional Japanese footwear to a summer festival. It’s basically guaranteed that the geta, which sort of resembles clogs or flip-flops, will cause her foot to chafe due to the attached fabric thong. If she manages to avoid having her foot rubbed raw via friction, then the fabric thong itself will inevitably become undone and will make wearing the geta impossible.

Someone needs to do something about these poorly-made anime geta!

2. Someone will get dragged by the hand

It’s a way for the male/female/tomboy/top to show assertion in front of the female/male/girly girl/bottom.

Expect this to be accompanied by the “leader” saying lines such as, “Let’s go,” “Let’s stick together to avoid getting lost in the crowd,” and “You move too slowly.”

3. Someone will purchase and wear a mask

Reasons may vary, but the common ones include the wearer feeling the need to hide his or her identity or feeling that the mask has a cool design.

4. Someone will be carried

Common variants include the princess/bridal carry, the piggyback ride, or riding on someone else’s shoulders. Luckily enough, the 7th episode of Konohana Kitan features all three.

The reason behind someone becoming a beast of burden usually involves the faulty geta (feet should not be the body part that is getting rubbed raw, but it seems like the geta producers don’t care!) or the last event to be discussed in this post. 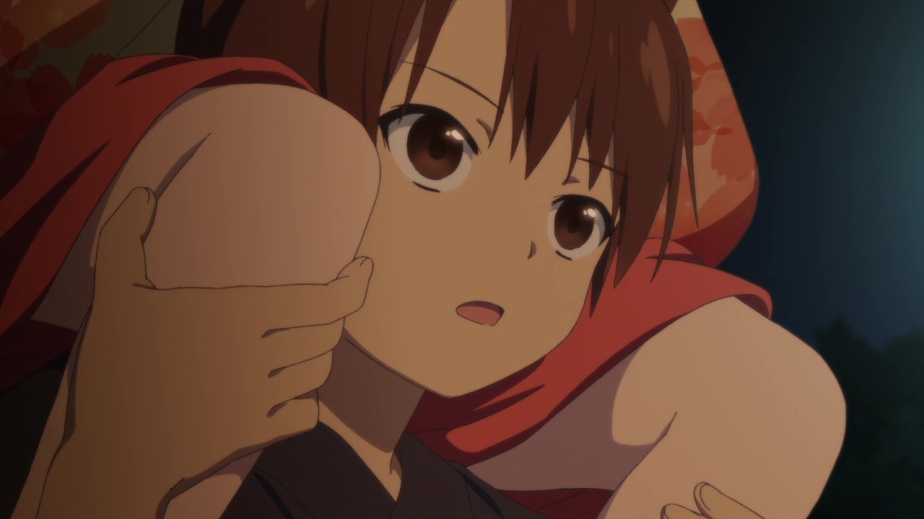 5. And there will be fireworks

As implied in event #4, sometimes the shorter character will ride the shoulders of the taller individual so both characters can enjoy the fireworks.

These airborne explosions are a fitting end to the general summer festival activities, which are just as transient and magical as these yearly ephemeral events.