I’m running out of ideas so I’m just going to talk about some of my favorite moments in the 2017 anime I’ve watched. Ten in total across two separate lists. Summer 2017 as a whole sort of gets neglected, sorry.

I also don’t know how to talk about these scenes without including spoilers.

So read at your own risk.

I’m being upfront (and annoying) here since I don’t want people to get upset over how I didn’t give a good enough warning before I start talking about stuff that’s wracked with spoilers.

Okay, that should be good enough. Here we go!

10. With a little from my friends – Urara Meirochou episode 9 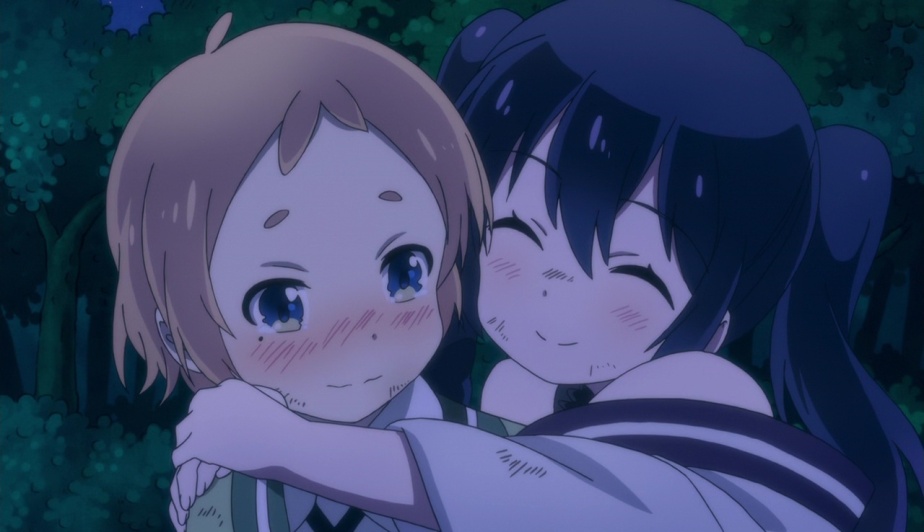 Okay, Nino wasn’t actually in any danger since this was all a test devised by Kon’s mother. But seeing her friends come together to reassure and protect the shy girl is simply heartwarming. Nino should believe in herself more!

In a similar vein, seeing Chiya comfort Kon, who was scared that she might have lost her powers on accident, is just another great, fluffy moment. Even if Chiya was unsure if she can deliver on the baseless promises she was making, Kon still felt safe and happy listening to Chiya. Said moment also serves as a great moment of shiptease, which is definitely a bonus!

This definitely isn’t the prettiest segment of Frame Arms Girl. CGI often reveals its flaws when the characters are shown dancing (yet they’re the go-to when it comes to dancing anime girls). 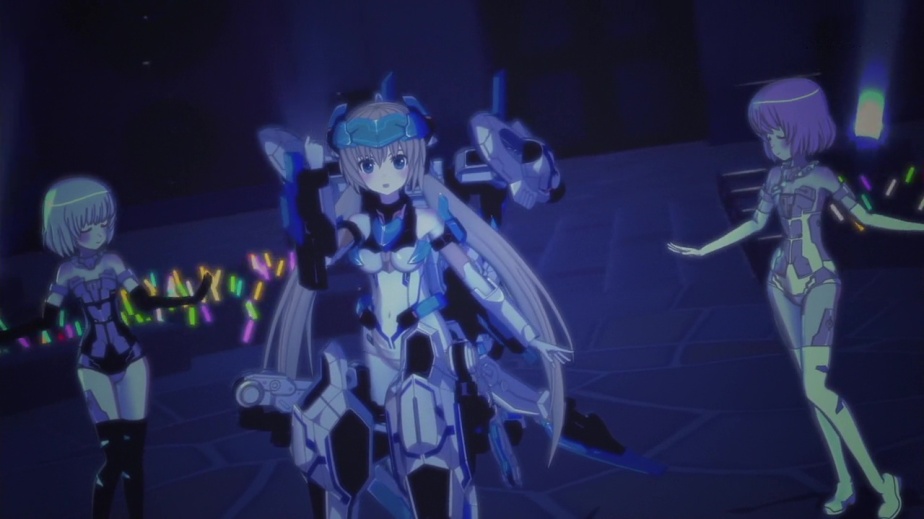 But what I like about this part is that the girls are coming together to end their time on a positive note. Seeing Gourai’s relationship with Ao has pushed the frame arms girls to want their own special relationship, which means they’ll be moving out of Ao’s house. So instead of a sad farewell, the girls sing and dance songs which also serve to end the series on a happier note. 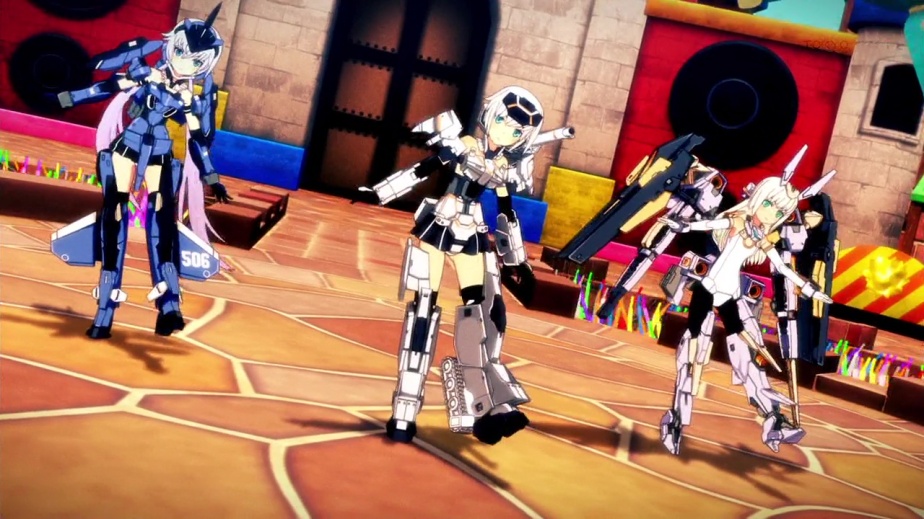 7. Cuddlin’ at the kotatsu – Kobayashi-san chi no Maid Dragon episode 12 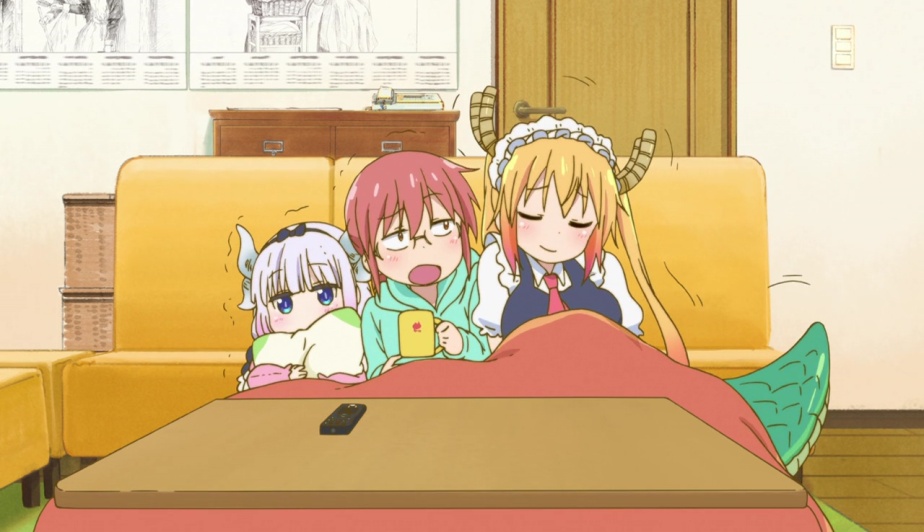 Okay, trying to be thematic is way too difficult. No more song names!

Kanna, Kobayashi, and Tohru definitely look like a family here. Don’t worry if you feel this warm and fuzzy feeling in your chest. It’s a natural reaction.

This only makes the sequences in episode 13 that much more sad after Tohru is forced to go back home. Kobayashi looks lost. Kanna is silently enduring being alone. Before she knew it, Kobayashi started to really depend on Tohru. Alas… 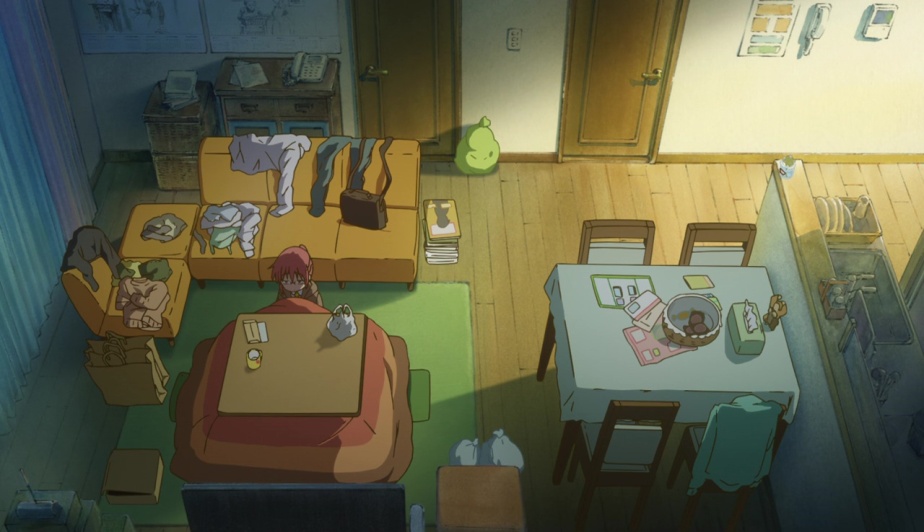 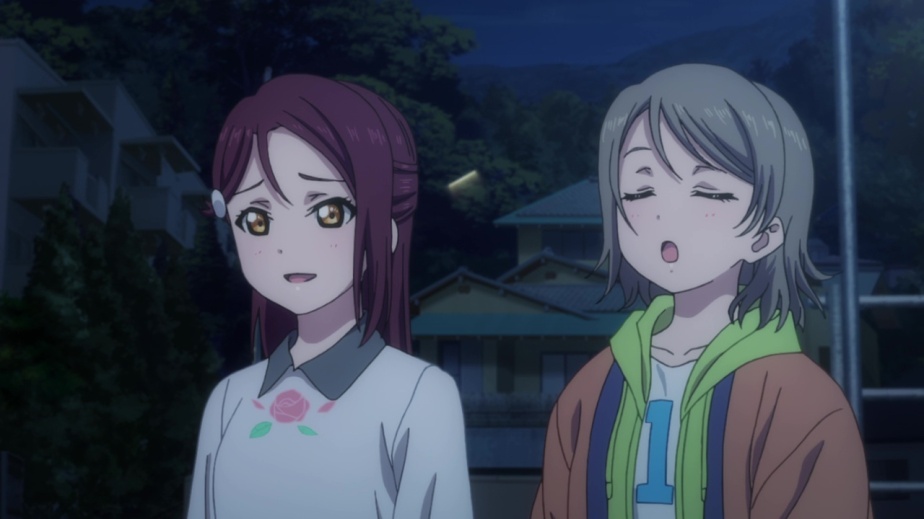 A huge part of Love Live! Sunshine!! involves Chika (and the others to a lesser extent) trying to shine radiantly. It’s especially important for the leader of Aqours who has never been especially motivated to see things to the end. Even Chika’s mom was initially worried she’ll quit being an idol if things got hard, just like what she did for all the other passions and pasttimes she took up in the past.

At any rate, Chika considers herself to be average. To be normal. She believes herself to be no one special compared to the other members. But she forgot that her determination and her cheer is what brings Aqours together in the first place. So seeing this scene, where the happy-go-lucky Chika is depressed about her inability to land a difficult maneuverer for their next concert only for everyone to encourage her and reassure her that she’s worth something, is quite emotionally stirring.

It’s also nice for her to receive some in-universe support since some IRL fans like to hate on Chika for almost ruining Aqours by inviting the other students to join back in S1. Granted, it wasn’t a smart move, but hating on her is a bit…

That’s all for part one. Stay tuned for part two tomorrow!