Summary: In a post-apocalyptic world, Chito and Yuuri ride their beloved Kettenkrad motorbike and aimlessly wander the ruins of the world they once knew. They spend their days in search of food and fuel for their vehicle. The feelings and experiences the two girls share give them something to live for as they attempt to survive in such a bleak and hopeless world…

Review: Say it with me: 2017 was a rough year. And what’s the remedy for a rough year? Some would say materialistic vices, others will say physical intimacies. Well, I’m here proposing that a healing show like Shoujo Shuumatsu Ryokou will do just fine. 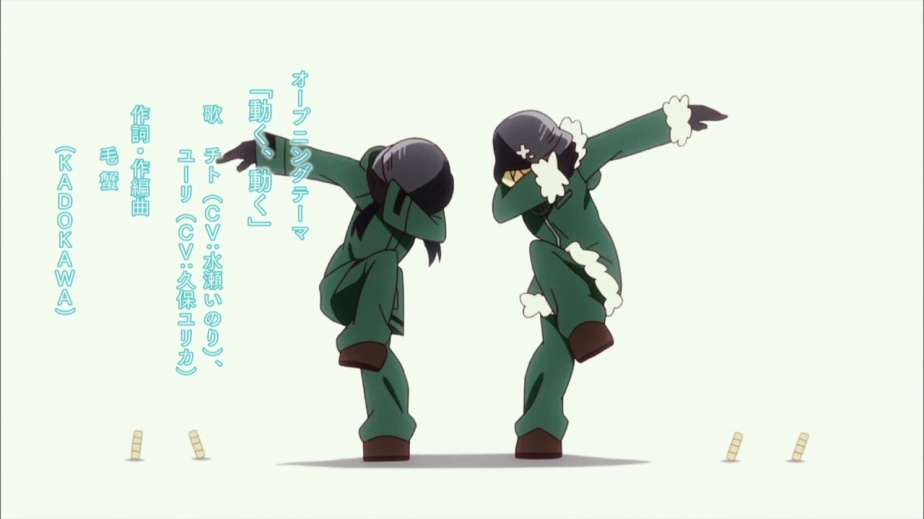 What most people will immediately notice is how the cutesy character design clashes against the grim, darkened backdrop and background. These moeblobs are roughing it in a world setting that is decidedly unwelcoming and bleak, for it is clear that their world has been destroyed by war and all that is left (for the most part) are ruined buildings and non-perishable goods. For some people, this jarring contrast negatively affects their enjoyment of Shoujo Shuumatsu Ryokou.

But to me, that is part of the essence of the show and is what it’s trying to convey. Even when things are hopeless and you’re in a situation where you don’t necessarily belong or deserve to be in, you shouldn’t call it quits. You have to press on and remain determined to live. In Yuuri’s words, you should be “comfortable with hopelessness.” Several of the characters the pair run into either lose their purpose in life, fail at their purpose in life, or are about to lose their purpose in life. Yet none of these characters decided to quit and chose to hang on instead even though everything does indeed seem hopeless. It’s a great message. 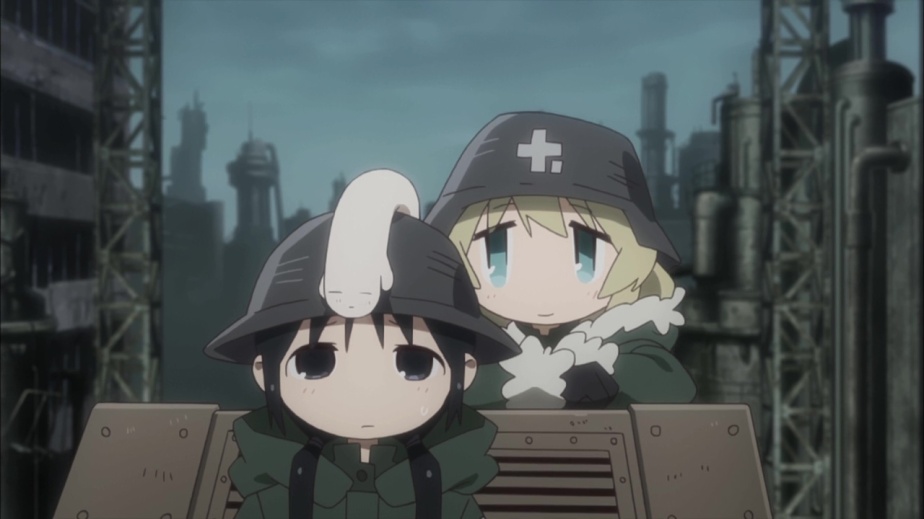 Which brings me to the next point. Although the girls could have potentially gotten preachy as they mused about the important questions that we all take for granted in our civilized worlds and societies, they never did. Perhaps it’s due to how they never really come to an agreement and unanimously decide that things must be like this or that due to how the girls are total opposites in terms of mindset. Perhaps it’s because the girls are inherently charming since their interactions come across as being genuine and realistic. In any case, just watching these two goofballs interact with each other is calming and relaxing, even though nothing really happens in the series as a whole. 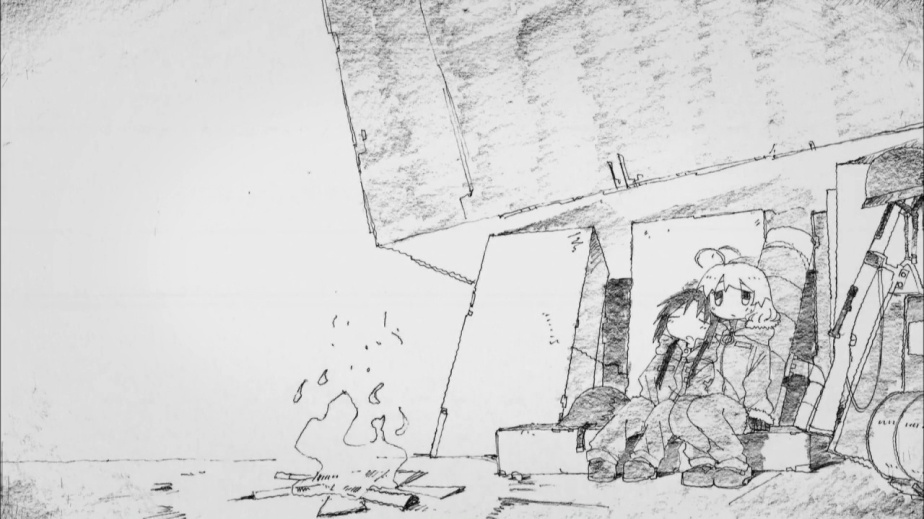 Still, the girls strive to find comfort in the small things. The world they live in differs greatly from ours in terms of appearance, but they (re)discover concepts and beliefs that we all end up taking for granted in our modern societies. Perhaps we also need to rediscover these things, as well. I believe we can learn a lot from these girls by appreciating what we have like they do.

I wish I had words to actually describe how much I love the OST.

As for the yuri, it’s very clear that the two girls care for each other. Other than that, it’s all up for interpretation.

Not much happens in this series and that’s okay. Sometimes we need that lull in life to get through the tough times.

I think most people will find the series to be enjoyable, but I can understand how some viewers may find Shoujo Shuumatsu Ryokou to be boring or how it fails to really generate strong emotion as the series unfolds. Nevertheless, I think you should at least consider giving the series a shot. 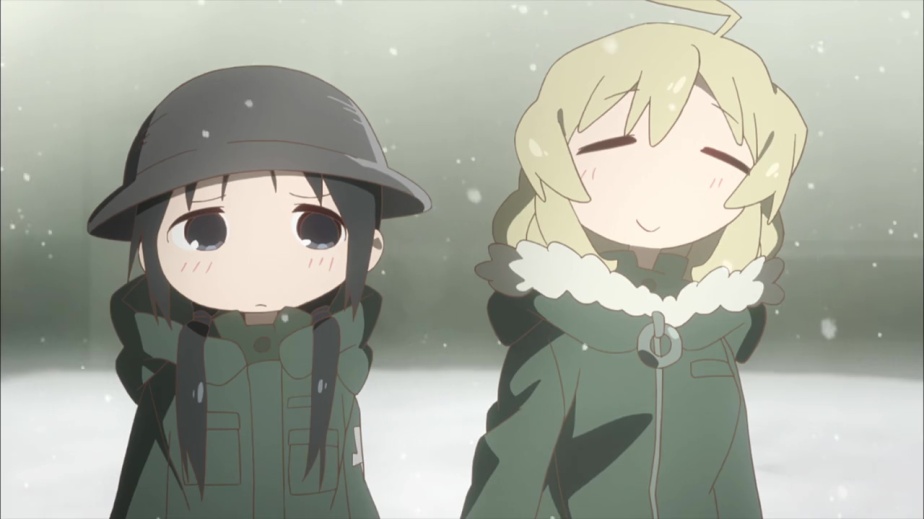