Karakai Jouzu no Takagi-san (episode 5) – this is a series about a boy. A boy who can do nothing but watch his life go down the drain because of his infatuation with a girl who’s always several steps ahead of him. Karakai Jouzu no Takagi-san vividly demonstrates the consequences which would befall someone who lacks self-control as well as the resolve to say, “No.” Heed this weekly warning and pay attention in class.

Sora yori mo Tooi Basho (episode 6) – some much-appreciated characterization happened for Hinata (and, to a lesser extent, Shirase). It turns out that Hinata dislikes it when others are considerate of her feelings and circumstances, which causes her to become upset when Shirase tries to delay their flight because of Hinata’s missing passport. However, by insisting that the others should go on without her and that she’ll catch up, Hinata is in turn being considerate of the others and ends up coming across as some goody-goody martyr.

Furthermore, Hinata assumes that Shirase only cares about Antarctica above all else. While it may be a dream she’s always wanted to achieve, Shirase actually really cares about her friends and is offended by Hinata’s misjudgment of her character (the viewers, in turn, just continue to become more and more charmed with Shirase. Wait, is that just me?)

The pairings for the rooms were interesting since each “team” consisted of an idealist and a pragmatist. The positions for Mari and Yuzuki are very easy to spot, of course. I would say eccentric and childish Hinata is more of pragmatist compared to Shirase, who still holds hope that her mother is at Antarctica.

As usual, the last few seconds of the episode seem quite foreboding. 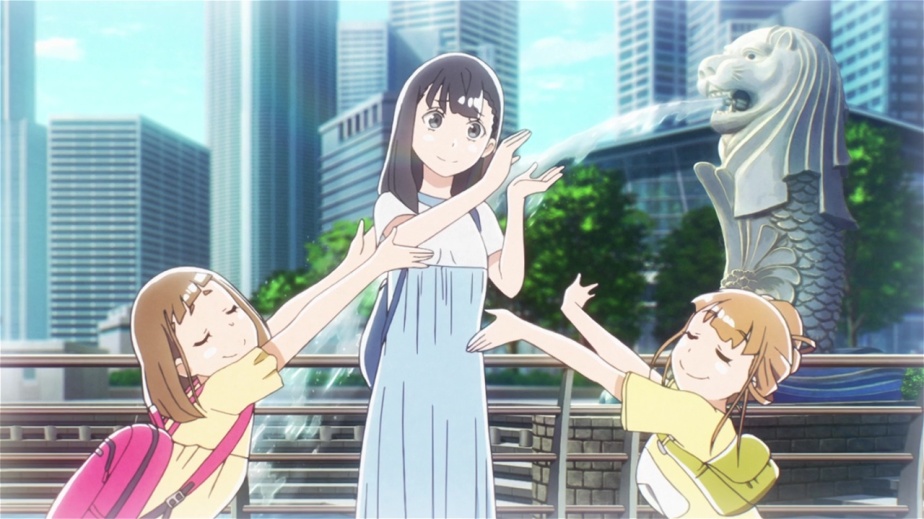 Koi wa Ameagari no You ni (episode 5) – Akira’s conduct in this episode was less than charming for me. I understand that Yuto forced her to eavesdrop, but her possessiveness towards the manager, who was happy to actually have pleasant conversation with his employees, was more petty than cute.

With that being said, Masami has changed. Contrary to the large amount of books in his study and apartment, which makes him appear studious, he’s actually closer to being desperate since he yearns to be liked. He has lost his earlier mental composure and is truly like a middle-aged boy as seen in how he blushes around Akira now.  He also no longer writes down notes concerning what his employees think about him.

Very interesting to note that Ryousuke didn’t try to strike up chitchat with the manager unlike everyone else. Is it because he’s dedicated to the job? Because he’s never had a hamster before? Or because he doesn’t want to associate with his “rival” if it’s not required?

Märchen Mädchen (episode 5) – the entire misunderstanding between Hazuki and Shizuka will likely be resolved during the next episode since Hazuki decides that she really does want to be by Shizuka’s side despite the fact that Shizuka tried to push her away for “Hazuki’s sake.” Oh, how I hate this sort of narrative device. Rom-coms are already rampant with miscommunication. Action series should not have to resort to these tried and tired tropes to stir up dramatic tension.

On a more positive note, the Headmaster is really cool and I think she’s my favorite character.

Violet Evergarden (episode 5) – there’s definitely character progress for Violet and I’m glad to see her slowly changing. I actually found the situation between the princess and the prince to be very earnest and charming, so I don’t particularly mind how this episode more or less follows the same formula established in previous episodes. I had actually incorrectly guessed the other Doll to be Luculia. Oh, well.

The way the episode ends is both promising and foreboding. Perhaps the cycle of “Violet learns emotions and repeats how she doesn’t know what love is” can be broken with a character who has been shown to be detestable and spiteful and who knows Violet from an earlier time (compared to these well-meaning but lost strangers she’s been interacting with lately). Or perhaps her progress can be undermined and she’ll revert back to being an emotionless doll if the Colonel’s relative reveals some startling news or accusations. I guess we’ll have to see.

Yuru Camp△ (episode 6) – easygoing episode, as expected of an easygoing series about camping. Rin has yet to really “confront” her dread of interacting with Aoi and Aki/Chiaki, who are very outgoing, considering how she was against visiting the Outdoor Activities club to give Nadeshiko a gift (and ended up not having to do so since Nadeshiko was conveniently nearby). Be that as it may, she’s really soft towards and fond of Nadeshiko, which is sweet to see. 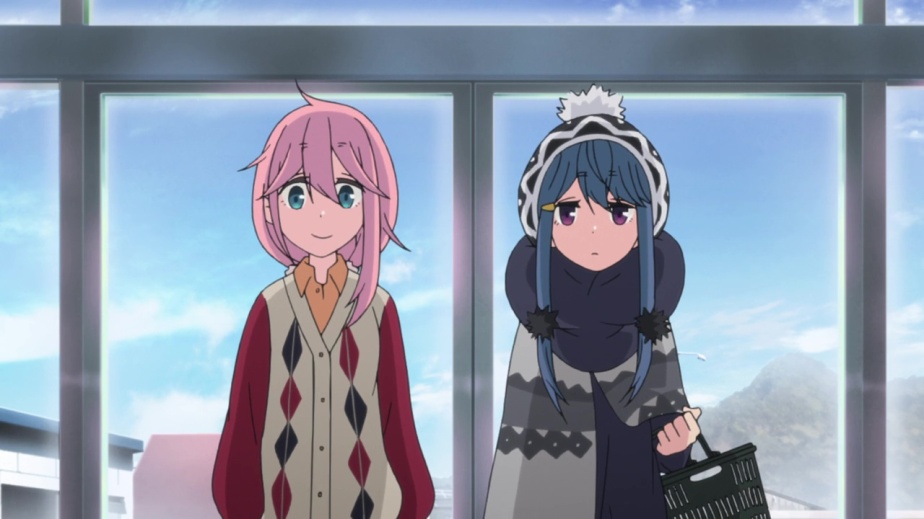 That’s all, folks! See you in Side B!