Despite the fact that much of the world is currently experiencing frigid winters, seasonal anime as a whole seemed to have unanimously decided to make this past week’s episodes revolve around swimsuits.

For this week’s article, we consulted R*** F***, a mid-twenties man who claimed to be a floundering anime blogger, and asked him to provide some input on and insight into this startling fad. From here on, he shall be referred to as R-san.

This week’s episode of Karakai Jouzu no Takagi-san (episode 7), R-san claimed, started off the week-long phenomenon by having Takagi humiliate and outmaneuver the hapless and helpless Nishikata into helping her pick out a swimsuit. She then tricked him into agreeing to accompany her to the beach on a later date, which means a beach episode will very likely occur next week.

“In other words this was all a set-up,” he muttered as he scratched his head. “We’ve been had.”

Allegedly, the first few moments in this week’s episode of Ramen Daisuki Koizumi-san (episode 8) showed Yuu and Misa heading over to play at Katase Higashi beach, but R-san admitted he had only heard about this from another source.

“Well, the series does an okay job at getting the viewer interested in ramen, but I could also just skim a website article and not have to spend over 20 minutes watching these boring characters,” R-san replied after being asked why he doesn’t watch Koizumi-san.

“I only have the utmost respect and concern for the people who are still watching Koizumi-san. Yuru Camp actually does a better job showing how delicious ramen, and food in general, can be. That’s sort of embarrassing,” said R-san as he shook his head.

Saturday brought in even more episodes involving teenagers wearing only beachwear or picking out such attire. The pistil and stamen from Plantation 13 spent most of the latest episode of DARLING in the FRANXX (episode 7) playing on the sand and in the water. Meanwhile, Hana and her friends all picked out swimsuits in Slow Start (episode 8).

Episode 8 of Sanrio Danshi supposedly had the Sanrio boys playing by the pool, but R-san again claimed to have heard about this turn of events from yet another source.

“I have no choice but to bend the knee to the people who are still following Sanrio Danshi,” he quipped as he wiped his brow with the back of his hand. “I had to stop after episode 4 in order to preserve my own mental health. You all are tough viewers!”

Upon being asked what he thought of the fact that at least 5 different seasonal anime series happened to air episodes in which characters bought or wore swimsuits within the same week, R-san paused before scratching his head again.

“I mean, it’s gotta be a coincidence, right? It’s not like all of the writers behind each series met at a bar and decided to form a collusion. That’s way too unlikely. Has that ever even happened? I’ll tell you what, though.”

“I sort of understand why Sanrio Danshi and DARLING in the FRANXX both featured these sort of episodes. It’s rather common for an anime series to throw in a beach or pool episode right after the previous episode served as the conclusion to some big conflict. That way, the beach or pool episode kind of smooths things over and demonstrates that everyone is now getting along better. That’s certainly the case with both Sanrio Danshi, or so I have been told, and DARLING in the FRANXX,” said R-san.

“Of course, this isn’t an ironclad rule and sometimes this sort of episode comes up out of nowhere and seems misplaced.” He smirks. “Don’t believe me? Go watch Gakkou Gurashii episode 9. As for the others…”

Again, he paused. R-san squinted hard and stared at nothing for a few seconds.

“Well… Takagi-san is all about a girl who’s a master at mind games and who relishes in crushing the confidence of her male classmate until he becomes hopelessly captivated with her, right?” He then laughs and admits he’s exaggerating. “In any case, Nishikata is almost always left feeling flustered by Takagi, yes? Turns out that seeing a girl his age wearing nothing but swimwear gets him incredibly embarrassed, which usually holds true for most heterosexual middle school boys. So, thematically, it works.” 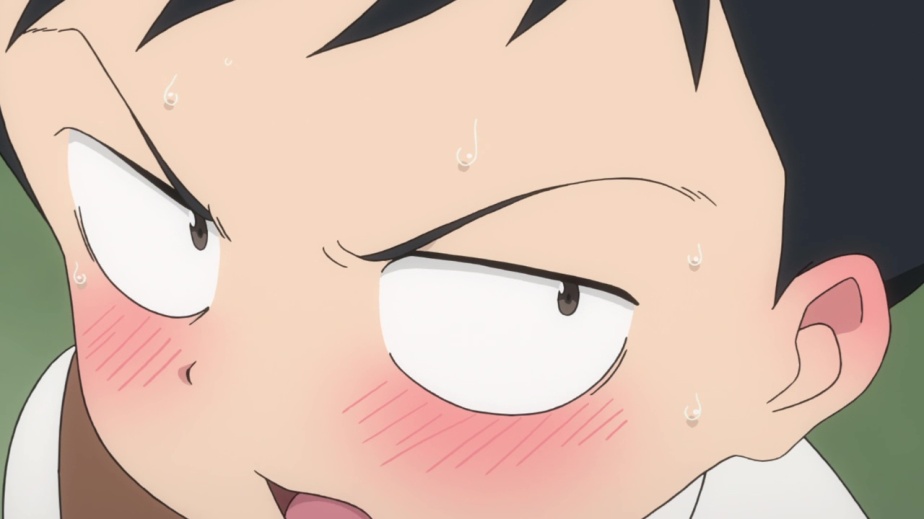 R-san blinked a few times before going on to say, “It’s just a bit strange for us viewers since they’re both so young. But I think some people sort of forget about their age when they complain about how these two lovebirds act. We were all in middle school once!”

“In regards to Koizumi-san, Yuu and Misa were the ones who went to the beach, leaving Jun alone with Koizumi. Misa was initially jealous of how Yuu was overly fixated with Koizumi, so having the two play together makes sense.” R-san paused here, crosses his arms across his chest, and nodded a few times.

“But it also allows Jun to spend some time with Koizumi and to muse about the ramen lover’s future. This is a train of thought that Misa, who considers Koizumi a rival, and Yuu, who is infatuated with Koizumi, would have never ventured into. The only one would even consider this had to be Jun, the nosy student representative.”

“As for Slow Start, I guess it’s supposed to show how the girls are getting to be close friends. The shy Hana would have balked at the idea of going with other people to shop for swimsuits if she was still the same nervous wreck from episode 1.”

“So all of these series had a reason to include these swimsuit episodes, more or less. It sort of bugs me how really easy to dismiss the iconic beach/pool episode as just a lazy way to introduce fanservice. Hard to deny it, though. There’s even a case to be made for all of these episodes in that regard, I’ll admit. But I’d like to think these episodes were the way they were beyond just fanservice.”

R-san sniffled. “Still, there really are a bit too many anime series featuring nearly naked high school students or even middle school students. It’s one of the accepted norms of anime, I guess, but it also makes it all seem a bit weird to people who aren’t into anime. But that’s okay.”

“Anime is weird. Yet we love anime all the same.” 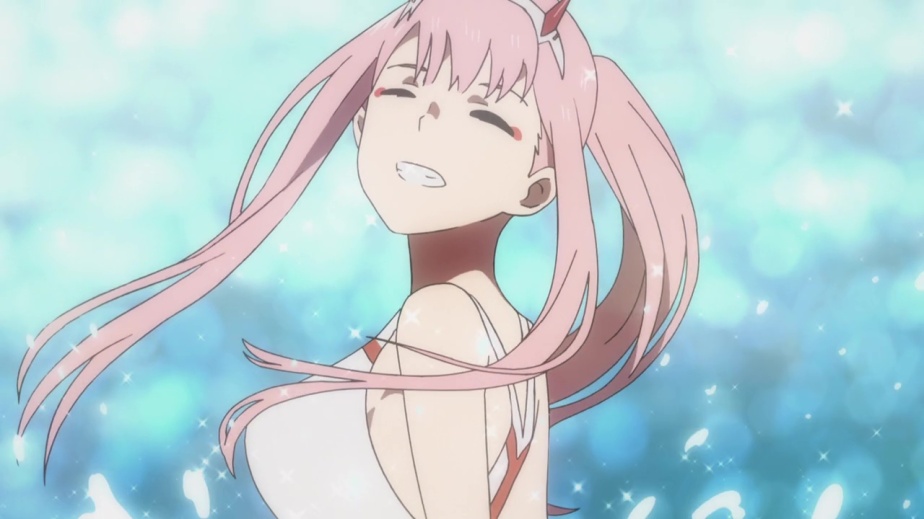 9 thoughts on “Last Week Was Swimsuit Week for Seasonal Anime”