Here’s yet another controversial list considering how there are so many inanimate objects in anime.

But one of my regular visitors, Dawnstorm, requested this list a few months ago so here it is! Thank you for leaving such thought-provoking comments!

Before we get started, I just want to remind you that this list is just my opinion and you’re definitely allowed to disagree. I’d be really surprised if someone completely agreed with my opinions, anyways. They would either be on my wavelength or they would be trying to butter me up…

The fact that Pinecone-chan had a voice was both surprising and endearing. However, it also holds Pinecone-chan back in this particular list since inanimate objects shouldn’t have voices. Well, I’ll make an exception for her this time…

Even though I care very little for Anne Happy, I have to admit it’s pretty impressive for a construction site sign to seduce a fair maiden. He’s got some moves!

Cutest girl gets the cutest weapon. Calling the FN P90 “P-chan” is a good idea, anyways. So many extra numbers and letters if you don’t. 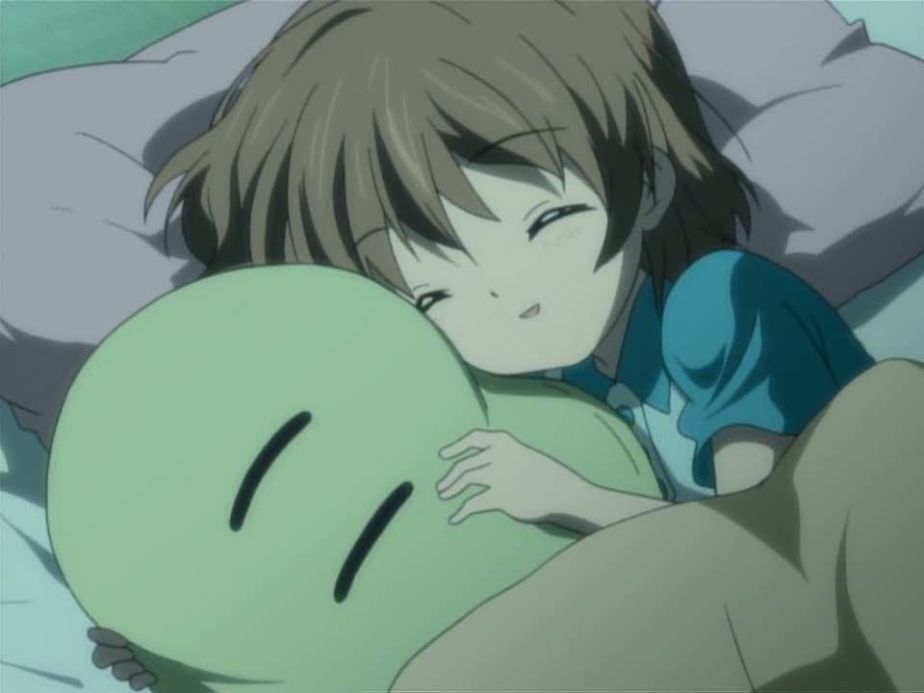 D’awwww, a little kid feels closer to her mommy by hugging her mom’s Dango plushie. It’s even got her mom’s scent. Isn’t that heartwarming?

Compared to a more recent show which had a high school girl smelling someone else’s clothes, this is a lot more wholesome. Not that the other show is anything short but great, but I digress.

What else can I say? I love how it first made an appearance back in episode 1. I love how a (magical) girl named (Hardgore) Alice quickly snagged this item when it became available. I love how it plays a big part in the final moments of this horrific war. Now that’s an inanimate object that was very much a big deal.

Thanks for reading. Please let me know your favourite inanimate objects in anime!