And here are my thoughts on the shows I’m currently watching. Alright, here we go! 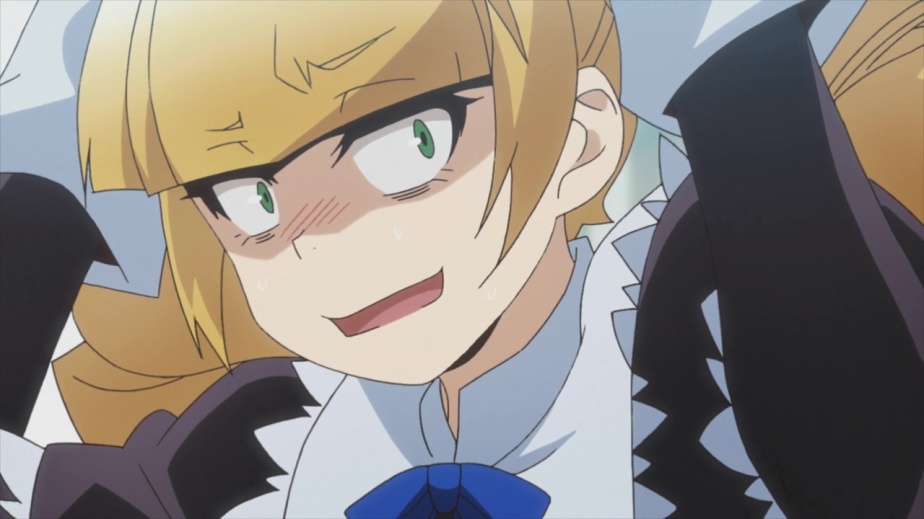 What a disaster. Aside from the first episode, every 3 minute installment has been disappointing (in varying degrees) due to lackluster delivery in regards to comedic timing and voice casting. I would recommend you avoid this series. Not even sure if I’ll follow along anymore even though it’s only a short. 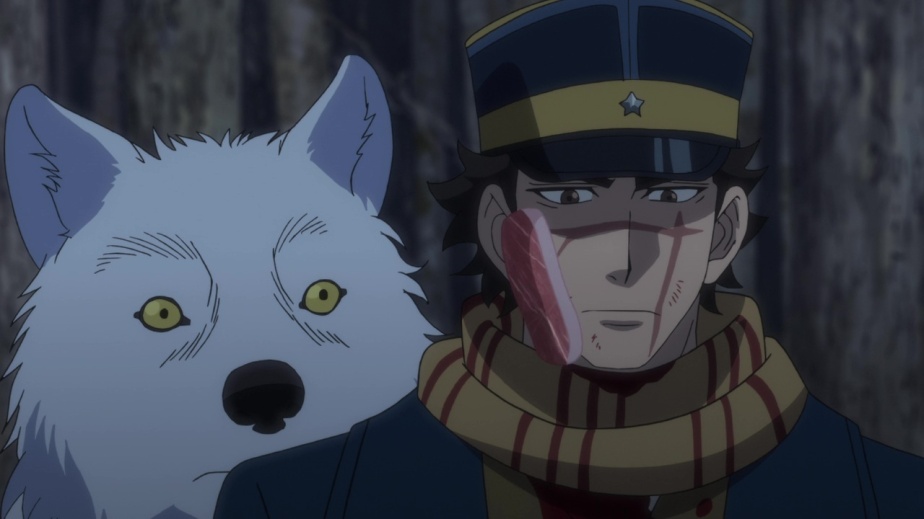 With excellent comedic moments and tension-filled dramatic scenes, Golden Kamuy makes the start of my work week just a bit brighter. Not a series for the faint of heart due to the on-screen murder and brutal sadism, admittedly. Plus the bears look embarrassingly shabby, but that’s basically the only excuse being made to dismiss the show which is a rather good sign. There’s definitely much worse seasonal shows to follow. 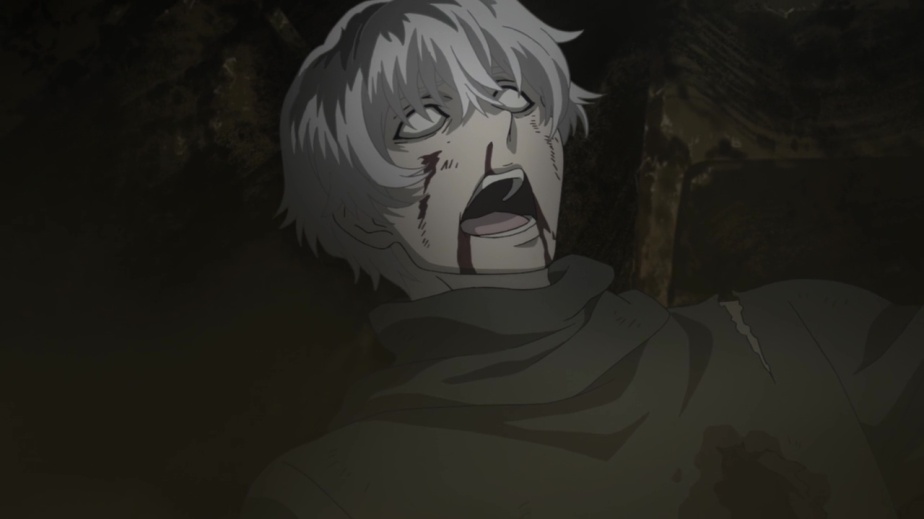 “If, for argument’s sake, you were to write a story with me in the lead role, it would certainly be… a tragedy.” – Ken Kaneki

He’s not wrong. Tokyo Ghoul:re truly is a tragedy that shouldn’t have ever happened (at least in regards to receiving an anime adaptation). With so many interesting bits of dialogue and pivotal scenes which reveal so much about main and side characters alike being cut out, the series is going through the motions and satisfying no one. 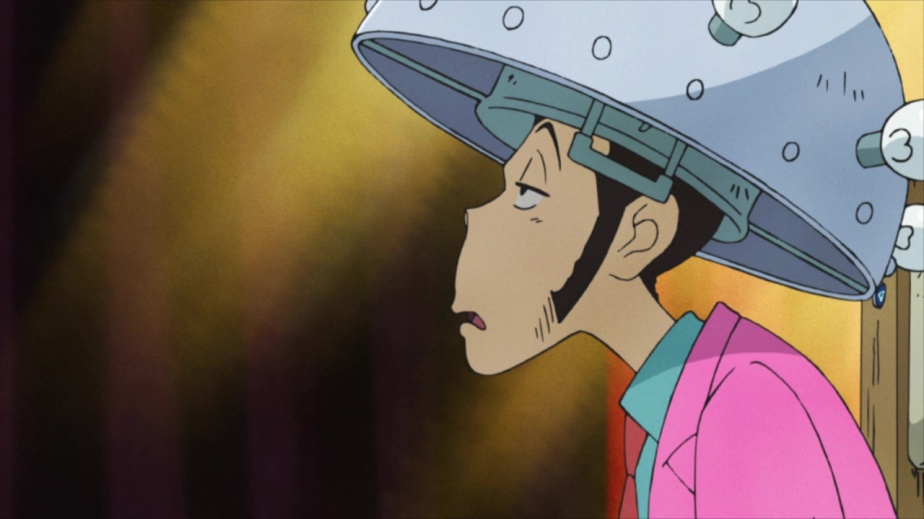 Fun show that’s good for a quick laugh. Newcomers to Lupin III can just jump right in and still enjoy the series (which is exactly what I’m doing). I was a fan of the first arc but now it seems like the series is either going to follow an episodic formula or start up yet another arc. I guess we’ll have to wait and see! 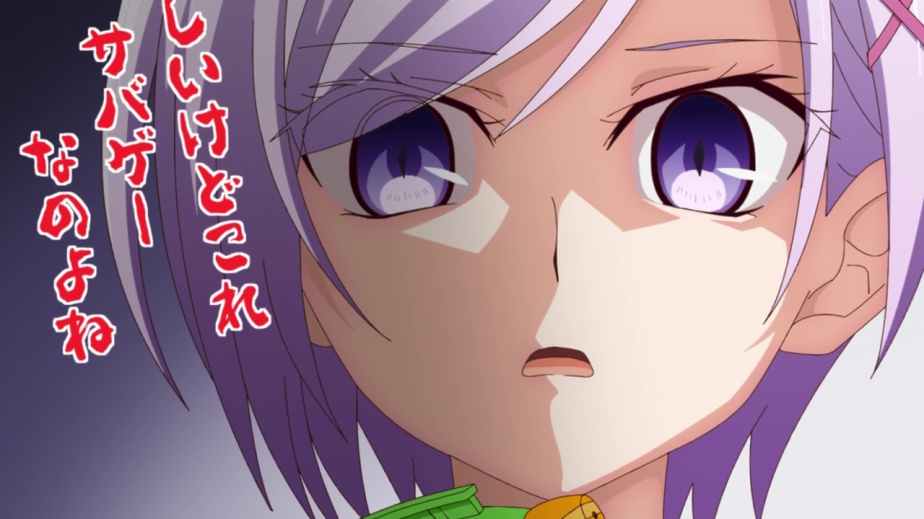 I mean, it’s definitely yuri. But it’s uncomfortable to watch due to the blatant sexualization of girls who look way too young to be in high school. I enjoy brushing my teeth more than spending the 3 minutes to watch this show, to be honest. 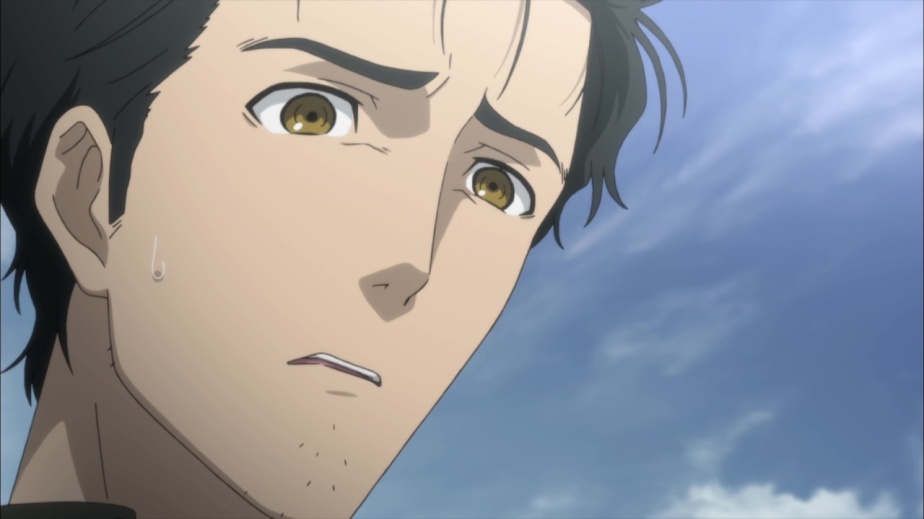 Much like Cardcaptor Sakura – Clear Card, the series is inevitably compared to the original and some viewers’ feathers are ruffled since the character chemistry and zaniness that was present in the original is missing in this “sequel.”

I hesitate to call this a sequel since what happens in this series and timeline conveys what lengths Okabe had to go to in order to reach the fairy tale happy miracle ending in the original series. We were able to see him succeed and save Kurisu in Steins;Gate. Now we get to see how far he had to go to make it happen in Steins;Gate 0. Edit: In other words, Steins;Gate 0 is more melancholic and is simply different compared to Steins;Gate. You can’t help but compare it to the original, yet you really shouldn’t. Apples and oranges. With that being said, personal preferences are certainly in effect and should be considered when it comes to discourse.

With a different studio at the helms, the series starts off being more moody and gloomy than the original and continues with such a tone for better or for worse. Given that it’s slated for 23 episodes and due to how the original was also slow to start, Steins;Gate 0 has plenty of room to “get good” according to forgetful naysayers. I guess it’ll just have to happen before said viewers lose interest.

Edit: It’s a bit embarrasing that my previous wording under this entry has led to some hurt feelings. I’m actually caught in the middle. I’m still really enjoying Steins;Gate 0 but I’m also hesitant much like I was cautious of the original series for many episodes. Call me a skeptic. Be that as it may, I was overly harsh when I just wanted to elaborate on my sentiments which were expressed in here.

A solid entry in the CGDCT sub-genre. There are various instances and moments which could be considered problematic, but every series and genre are full of those. I will say that Koyume’s feelings towards Tsubasa were handled very seriously and that most people will agree that these girls are gloriously gay. 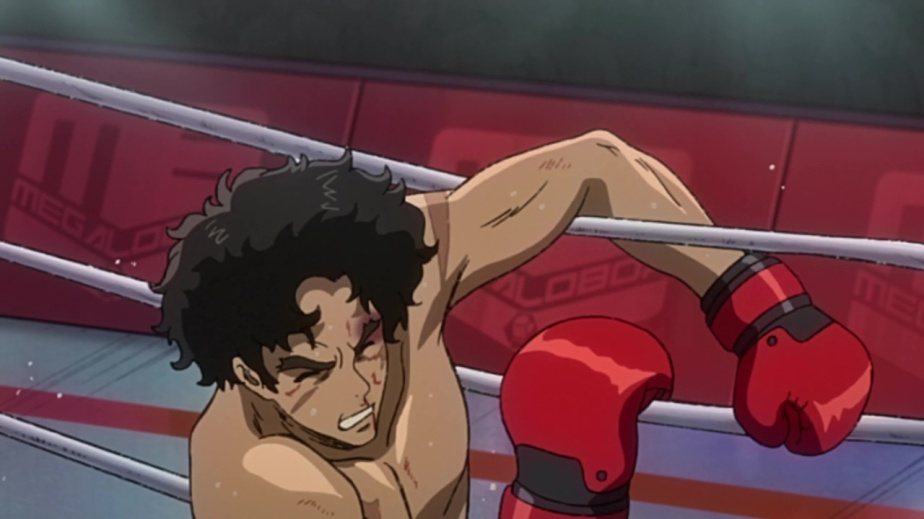 The kid has got to go.

Other than that, the boxing and story has been alright, but Gearless Joe seems slated to win every fight until he reaches the grand finals since this is a series defined by the ongoing tournament. There’s little sense of tension as a result. 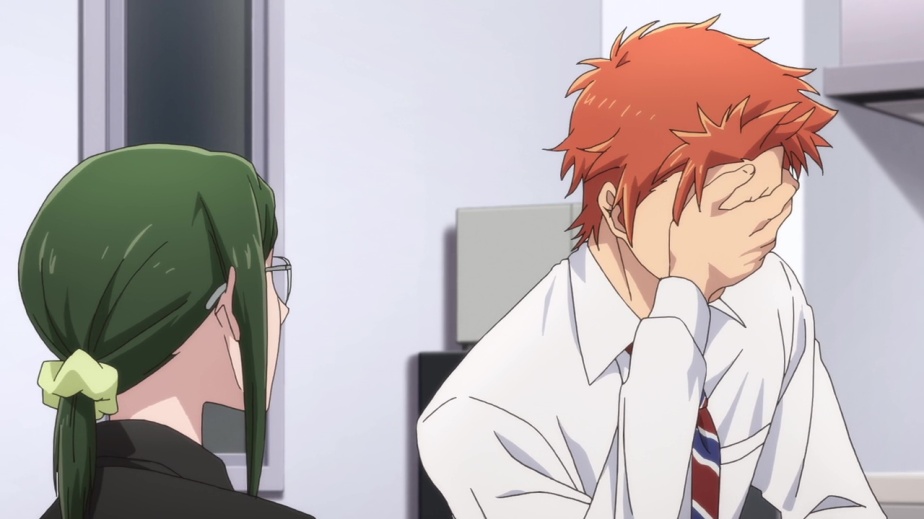 One of my favourite het rom-com series (not that I really read or watch much of these anymore) has received an anime adaptation and it’s making me happy that most people seem to be enjoying it! I’m really enjoying Wotakoi, but I’m also biased as all hell. 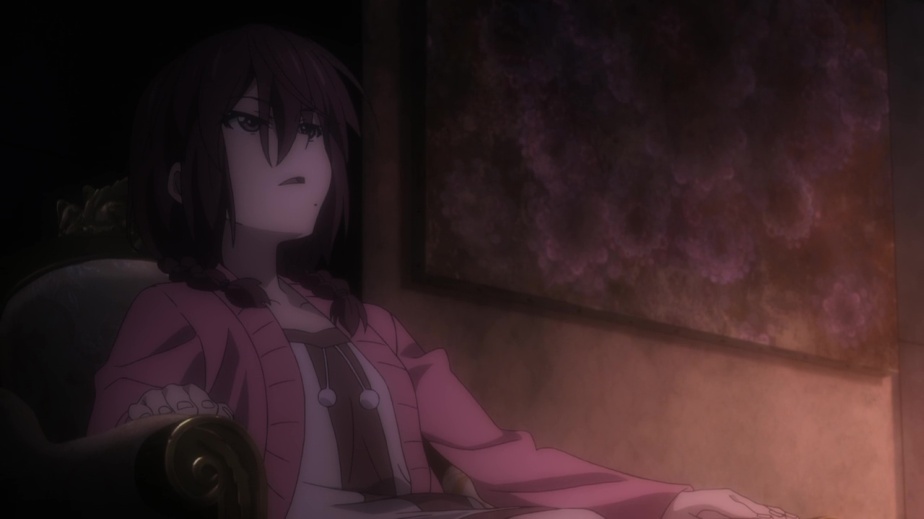 What are rules? Evidently, they’re made to be broken.

With that being said, the character drama is strong (as usual) so I guess it doesn’t really matter that the battles are difficult to become invested in (as always) since the rules are never truly explained to make unreasonable occurrences seem more plausible. 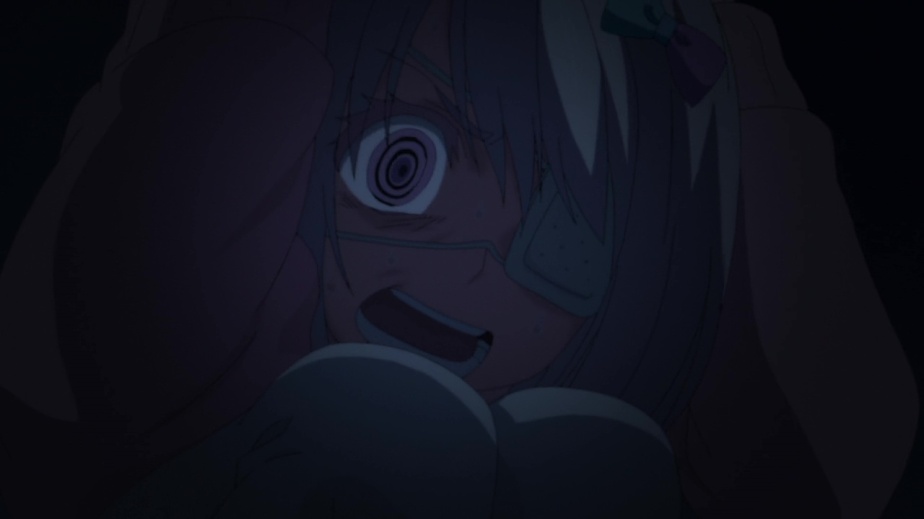 Average series at best. Overreactions abound. If you can get past the shock value in the first episode, the series is tolerable. 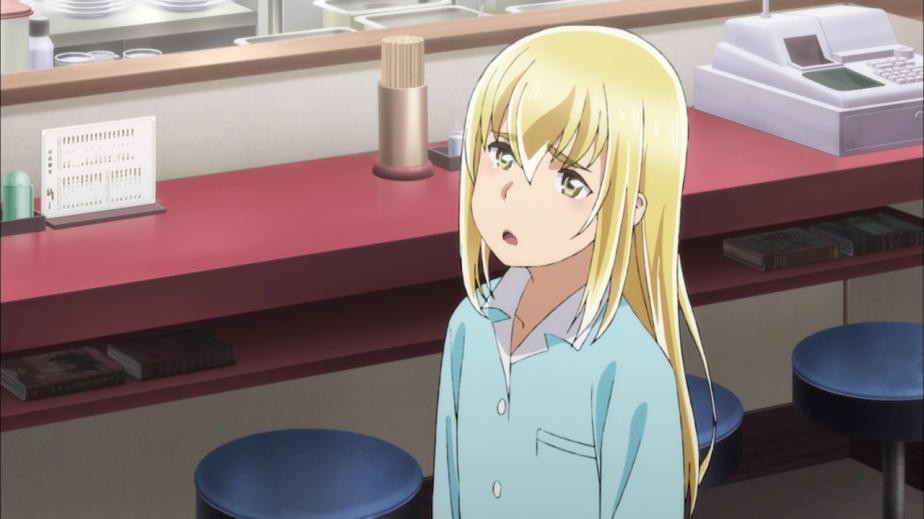 A show that knows how to make you cry with laughter and shed tears of sadness. I can think of no better comedy series to end the workweek on. 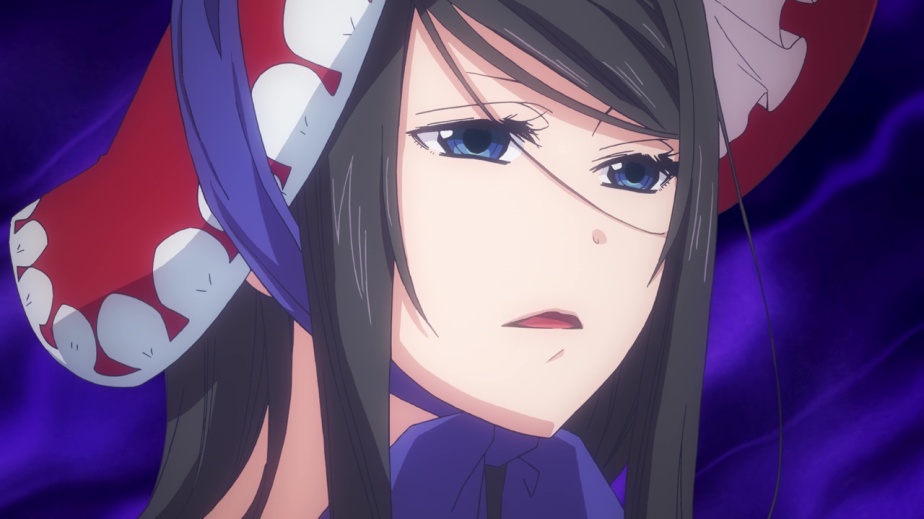 Easygoing and beautiful and fun to watch. Huge offender of hurt feelings for yuri shippers should the series follow the same path established by the manga. For now, I’m still tentatively enjoying the series, but recent events in the manga have left me worried.

Darling in the FranXX (Episode 17) 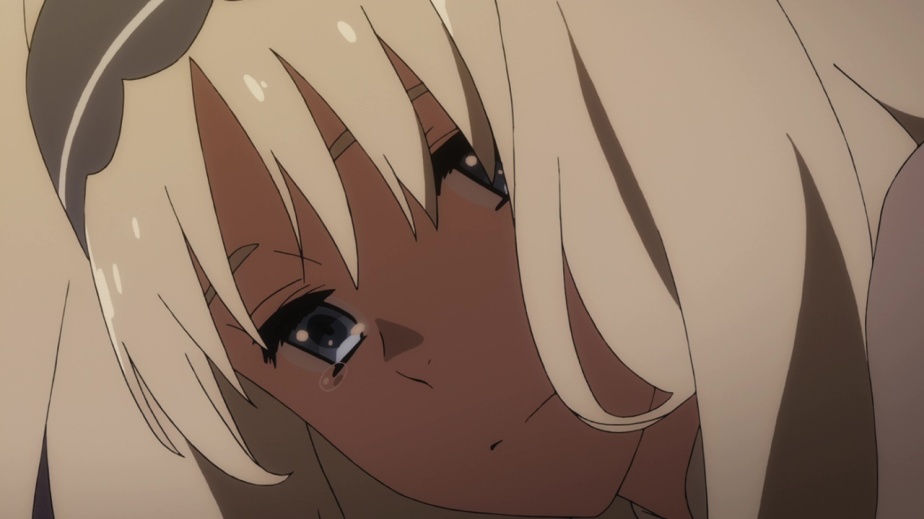 Don’t trust anyone who claims they’re still completely enjoying Darling in the FranXX. Definitely another Trigger show through and through despite the assistance from A-1. I’m embarrassed I’m still watching this. 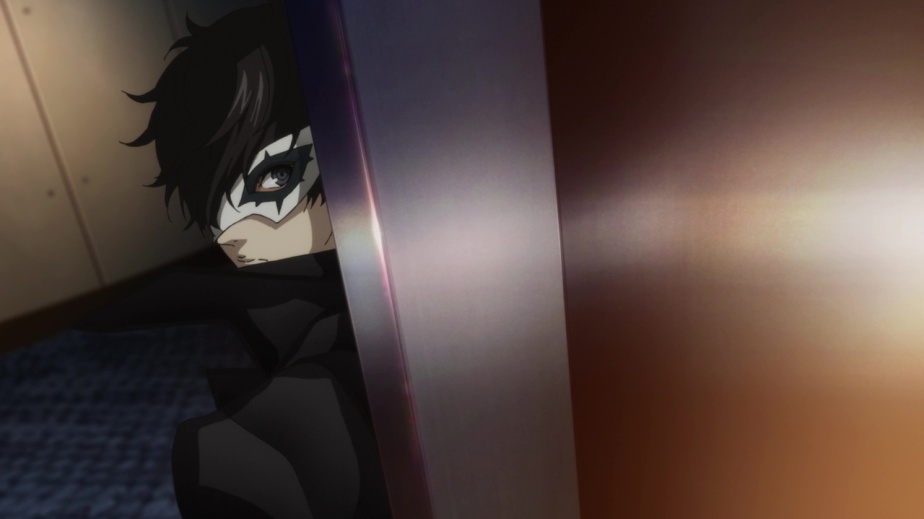 I’m on the verge of dropping this since the series seems to be cutting corners and reusing animations or sequences from the game. It might be better just to watch a let’s player tackle the game, to be honest.

Currently have the series on hold since I was falling asleep watching every episode. It was very formulaic and episodic when I stopped following along after episode 14. But since it’s going to stop at 22 episodes, I might pick it up again soon. 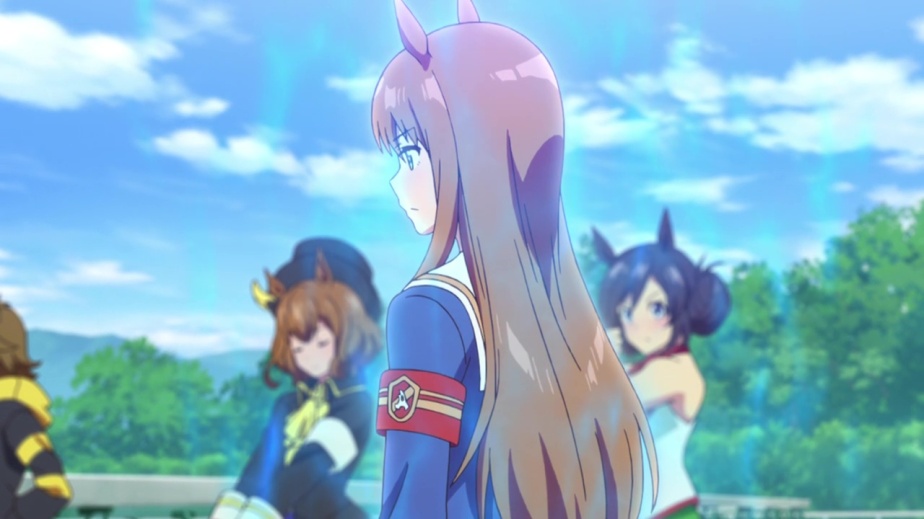 Love the series. It’s enjoyable if you don’t know about racehorses (like me) but becomes a lot more fun if you do. Probably my favourite series out of this entire season.

That’s all, folks. What do you think about the Spring 2018 anime season?