You ever instantly dislike a character only to realize that she’s not so bad after all?

It could take a few episodes to get you to change your mind. Maybe a redemption arc changes her for the better. Perhaps her backstory is laid out and you start to feel sympathetic as a result.

Personally, Nagisa from Hanebado! is such a character for me. I initially hated how she was being both rude and cruel towards everyone. Of course, her match with Ayano the previous year really affected her for the worst, but it certainly didn’t justify her lashing out at friends and teammates alike.

Be that as it may, I started to have a different opinion of Nagisa after her insecurities were teased out and her needlessly aggressive tendencies were called out. As a result, she repented and changed for the better, which has led to me to actually wanting her to win. Again, her previous behaviour simply doesn’t disappear. However, Nagisa has realized the error of her ways and is on her way to being a protagonist who some people may loathe instead of remaining a protagonist most people would likely abhor.

Well, what about the opposite?

Have you ever liked a character at first only to find them borderline abhorrent later on?

For me, Ayano from Hanebado! fits the bill. Originally, I felt truly bad for her since being seemingly abandoned by your mother has clearly changed the girl. The series starts with Ayano being reluctant to even touch badminton, a game she grew up loving because of her mother, and being quite withdrawn and unmotivated.

Things changed for the better. For a while. And then she relapses to how she was before the series began, back to the Ayano that played against Nagisa the previous year. This means Ayano has become incredibly condescending, rude, and spiteful.

Clearly, Ayano is hurting. Yet it’s hard to support her when she’s acting like such a jerk. At this point, my feelings towards Ayano and Nagisa have completely reversed. 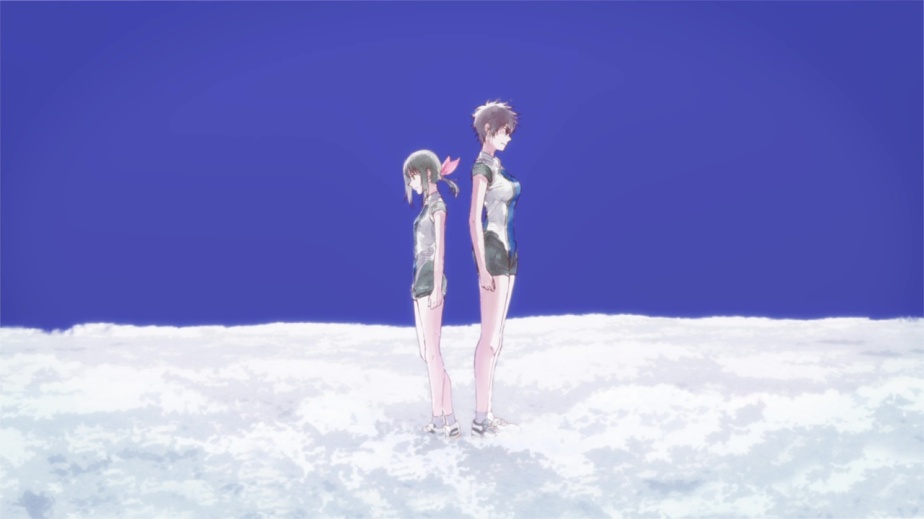 Which, in hindsight, makes sense. They’re foils of each other. Both were blessed with innate talent that can’t be earned via hard work (Nagisa is tall whereas Ayano has very quick reflexes), both are well-rounded players who also excel at one particular aspect (Nagisa has the strength to match her physique which means she has powerful smashes for offense while Ayano is incredible on defense).

Both are hindered by their own on-court strengths (Nagisa’s knees bear a lot of stress and pressure since she always jumps and smashes; Ayano’s lithe frame means she’s quick and agile, but her offense isn’t nearly as strong due to her smaller build and she is more reliant on counters). Both appear to be strong but are actually mentally weak (her tournament match with Ayano hurt Nagisa for many months; Ayano is still devastated by her mother’s disappearance even after years have passed).

That’s where the similarities end. Nagisa has been training and pushing herself very hard without taking a break. Ayano, on the other hand, has been on-and-off with training and still does not train as much even though she’s playing badminton again. Nagisa goes out of her way to cheer and comfort and support Riko. Meanwhile, Ayano loudly predicts that Nagisa is going to lose and claims that she looks like an idiot for trying.

Essentially, Nagisa has learned to look at others instead of just focusing on herself. Ayano has yet to really experience that lesson.

With their upcoming match for next episode, it seems like a redeemed villain is going to face off against a fallen hero.

Anyways, that’s my take on these two characters. What do you think of them? I would love to hear your response in the comments section. .

3 thoughts on “Hanebado! and Going Beyond First Impressions for Anime Characters”