This won’t be a complete review; it’ll be more like an earnest attempt to sound coherent and reasonable as I talk about a beloved yuri visual novel. Beware of spoilers.

END_OF_DOCUMENT_TOKEN_TO_BE_REPLACED

Hey hey hey! Sorry this one is coming out a few days late. END_OF_DOCUMENT_TOKEN_TO_BE_REPLACED

An opinion piece in which I explain my thoughts and opinions on fanservice in Yuri anime. This might be the start of another series of posts, too. We’ll see.

END_OF_DOCUMENT_TOKEN_TO_BE_REPLACED

Originally released back in 2013, The Shadows of Pygmalion was localized and was made available in English during late Februrary 2017. I actually first found out about MangaGamer’s plans for the game back in June 2016, so I’ve been waiting for Pygmalion for over six months (and I’m sure many people have been anticipating this release for much longer). Was the game worth the wait?

END_OF_DOCUMENT_TOKEN_TO_BE_REPLACED

It happens in most series where characters are finding eternal love left and right. Amidst the aftermath of broken ships and hearts, there usually are two or more individuals who aren’t romantically involved with anyone. From here, the author and / or studio has to decide something.

Should the runner-ups in romance get together?

END_OF_DOCUMENT_TOKEN_TO_BE_REPLACED

I was just curious about people’s stances about series reviews. To give some context, I’m trying to put out at least one series review a week so visitors of my blog aren’t bored of my minimal content. This week, for example, I wrote about Yuuki Yuuna. I watched it back in Dec 2015 and I still remember nearly everything that happens within said show, so I felt confident in my statements and critique. END_OF_DOCUMENT_TOKEN_TO_BE_REPLACED

It’s been a few days since I’ve posted, sorry. Long story short, I suddenly found myself busy. I’m getting back into the local SSBM scene again, so that takes up like every Monday night and every other Friday night. Is Remy Fool really having a social life again? Well, if you consider playing video games with other dudes as having a social life, then yeah! END_OF_DOCUMENT_TOKEN_TO_BE_REPLACED

Originally posted on the Dynasty Scans forum by Shynaku:

MezaYuri are going to be hosting their last Kindred Spirits on the Roof event this year on November 6. Because it’s the last event, they’re putting together a fanbook to commemorate the past four years of yuritopia building. The bad news is that this event is held in Japan, meaning the first year that Kindred Spirits had large international appeal is also the last year of the fan event. The good news is that this fanbook is being opened to foreign submissions.

The submission form for having your work included in the book is in Japanese, but an official translation of the page has been released. Follow the steps, and you might get your work published in the fanbook; what’s more, everyone who has their work accepted will be sent a print copy of the book.

I wish everyone luck in making this last hoorah as strong and memorable as possible.

Addendum: Here’s a template for the dimensions of the submissions. You can put this as a background layer you can use as reference when drawing/writing. In addition, here’s a guide for what margins are, why they’re needed, and how they’re being used here. For our purposes, treat everything inside the margins as the safe zone.

Addendum 2: If you’re unsure if your idea is going to cross the line into NSFW, you can submit a draft and request they review it before putting the time in to complete it.

tl;dr the last official event celebrating Kindred Spirits on the Roof features MezaYuri compiling a fanart book. Even though the submissions page is in Japanese, there is an official translation of said page. Foreign submissions are accepted! And if your work is included, you will be sent a print copy of the book. 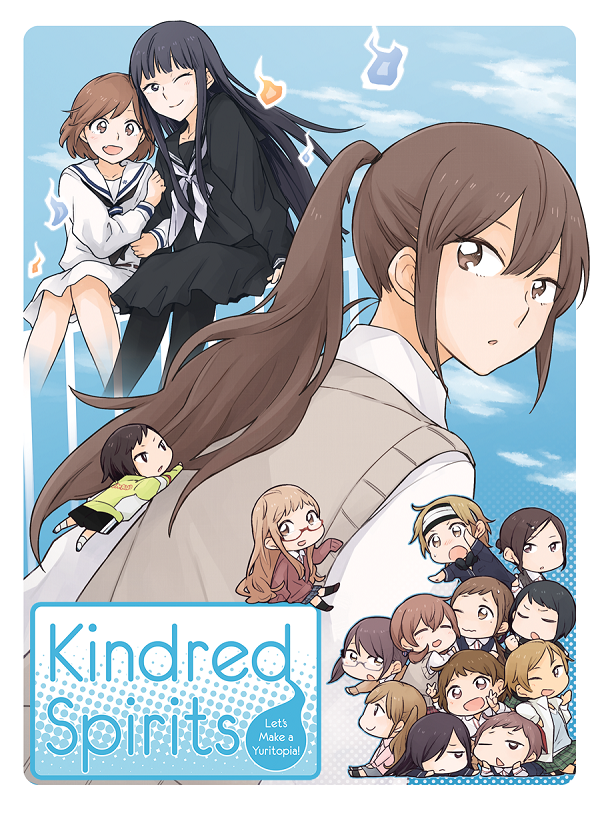