It’s coming in a week late, but here’s the quarterly Midseason Musings post!

This time around I’m going to go for a simple tier list (A, B, C) along with some bullet points. Does that make things easier to follow along? Please let me know in the comments section if that’s the case. I’m, um, streamlining this post because I’m typing this up late at night, o-ohohoho…

I also apologize for not following some of the most popular seasonal series. But others should have plenty to say about those particular shows, right? You don’t need Remy to fill you in on those~

This is, of course, all just my opinion, but everyone should know the drill by now.

To aru Majutsu no Index III

Sora to Umi no Aida

Those are the shows I’m watching.

Do you disagree or agree with my assessments? Please let me know in the comments section down below~

Thank you for reading 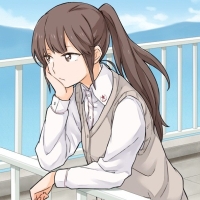