My brother’s friend once claimed that I’m a nostalgia hound.

In some ways I am rather like a dog, yes, but the important part of the term (?) is “nostalgia.” For better or for worse, the sentimental stuff truly holds a lot of power over my feelings and preferences. I would argue that this also applies to others considering how the same ol’ shows seem to get talked about ad nauseam.

Be that as it may, I’m just as guilty. The fact that Himote House is leaning so hard on these comfortable and wistful sensations from the past is what enables me to enjoy a relatively mediocre show, truth be told.

These homages primarily take place during the ED and feature the five young women (and a cat) cosplaying as characters from older, popular classic series. Their costumes also happen to change from episode to episode, which helps keep the viewers on their toes. 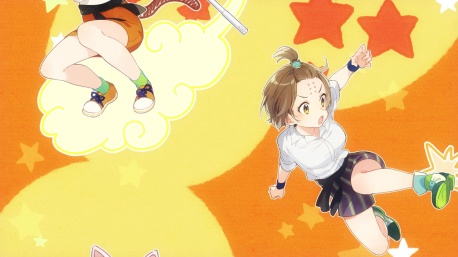 So for episode 1, the girls dressed up as characters from the series a lot of people my age grew up watching: Dragon Ball! The fact that Tae, the “protagonist” of this series, has a monkey tail while cosplaying as Goku cements it as such~ 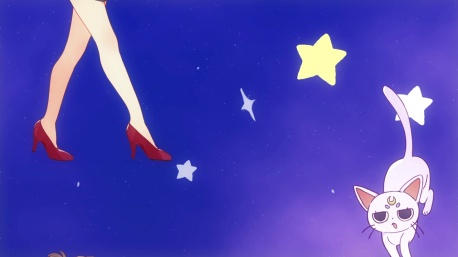 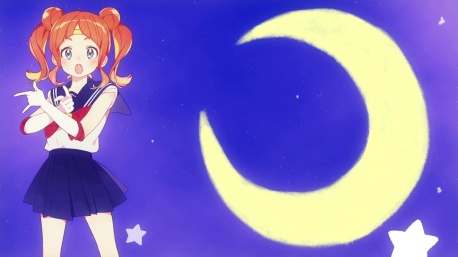 Episode follows up with another classic, Sailor Moon. They did a great job here~ 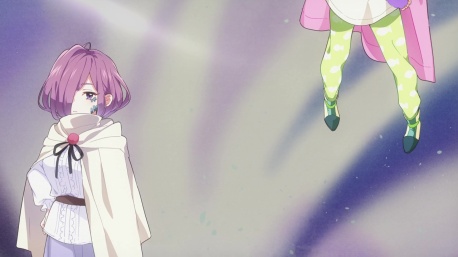 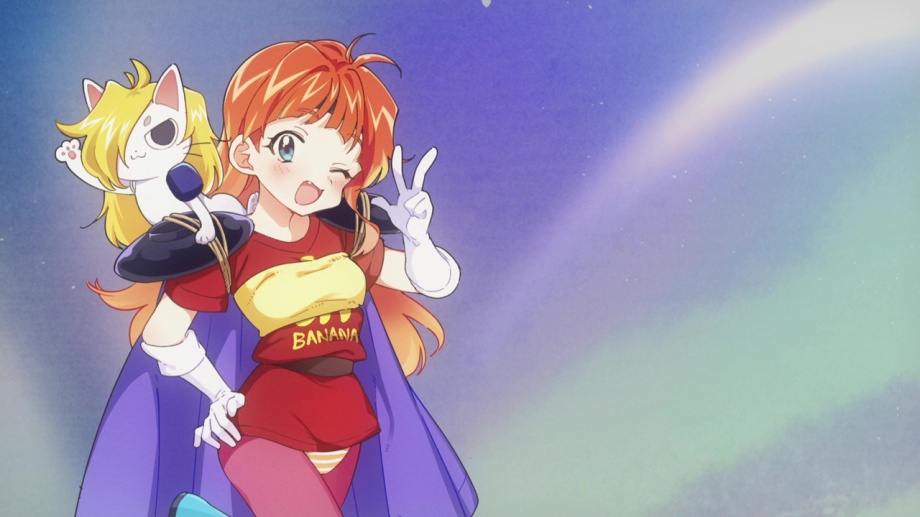 I could barely recognize this one. I only got it thanks to Enishi’s cosplay. That’s right, the girls are cosplaying as Slayers! I haven’t actually watched Slayers yet, mind you, but I have watched this video a few too many times… 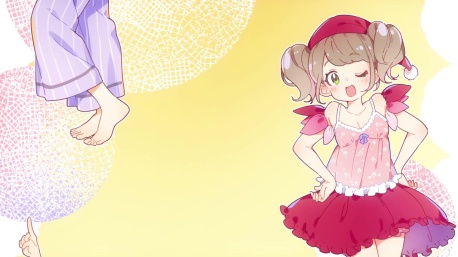 For episode 4…I admit I was thoroughly defeated. Thanks to reddit, I learned that the girls are cosplaying as characters from Ojamajo Doremi.

A poster from that same thread also pointed out something really cool. The title for each episode has a connection to the series from which the girls are paying homage.

I was embarrassingly slow to recognize the cosplay for episode 5. It took me until the very end with Tae’s excellent imitation of such an iconic pose. Yup, it’s The Melancholy of Haruhi Suzumiya.
As noted by the aforementioned reddit topic, the episode title, “My Favorite People are Far Away” (or “Daisuki na Hito ga Tooi”) is a line from Lost My Music.
Episode 6 had no cosplay. I was very sad about this when I found out. 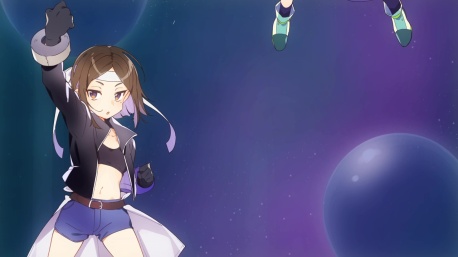 You’re going to have to get someone else who actually watched the series to tell you the link between the episode title, “A Journey Like a Prayer” and StrikerS, though.

So for episode 8, the girls cosplayed as characters from A Girl Who Leapt Through Time. I think that movie is absolutely fantastic and I’m tickled to see them pay their respects towards this classic. With that being said, it’s a bit hard to recognize until Tae’s pose at the end, haha.

The girls (and cat) dressed up as characters from Bakemonogatari in episode 9! In hindsight it makes sense that Tae is Suguru rather than Koyomi, but it sort of breaks the trend since Suguru isn’t really the main character (and it looks like Tae had cosplayed as the protagonist until this episode)

For episode 10, the girls cosplayed as characters from To aru Kagaku Railgun! I didn’t realize it until I saw Kokoro resembling Uiharu. Sadly, I didn’t realize Tokiyo is supposed to be Kiyama Harumi, who’s like one of my favourite villains ever. Some fan I am..

I’m guessing the girls dressed up as characters from Natsume Yuujinchou, but I haven’t actually watched the series in question yet… Can Karandi, Scott, or Irina confirm please?

I’m basing this assumption off the fact that Enishi looks like Nyanko-sensei. Was Natsume really after To aru Kagaku no Railgun?!

Don’t worry, I’m going to keep updating this every week~

…but I think this all stops at episode 11 given the title for episode 12 suggests that the seiyuu are going to talk about what it was like to do 12 episodes of Himote House (usually these episode titles are a reference to another series, you see). The ride was great while it lasted…

By the way, I haven’t watched any of these series before. I did watch a bit of the Dragon Ball and Sailor Moon dubs when I was young, but that doesn’t really count (as in I never actually finished either series and couldn’t really tell you anything about either show. I do know that the dubbed OP/ED for Sailor Moon was really good. SHE WAS THE ONE CALLED SAILOR MOON~).

Be that as it may, I get really nostalgic seeing these girls dress up and pay homage to these older shows even though I’ve never watched a single one of these shows. Maybe it’s because I’m getting older and I yearn for those simpler days. Perhaps it’s because I’m weird. Well, weirder than expected, I mean.

Himote House is going to get a lot of flak from those who dislike absurdist humour and shoddy 3D animation. I have to admit this show can’t even be considered to be a diamond in the rough. Still, I think Himote House does have valuable and uncommon things to offer. I wouldn’t be surprised if you find yourself growing pensive listening to the simple piano music as you come across these five girls (and a cat) pose while dressed as characters you have long forgotten or have never let go. That’s what I think, anyways.

8 thoughts on “Himote House, Homages, and You”