From the very start, the finals for the 71st Inter High School Mahjong Team Championship has meant a lot to many characters. As such, everyone has been anticipating the results for a long time. Just look at how long Saki has been serialized. It was back in February 2006. That’s twelve years! And it’s been nine years since Saki received its first anime adaptation.

So seeing the finals for the interhigh team tournament finally take place is exciting for long-time Saki fans. But we all know this. I’ll cut the crap and jump into predictions for most of the rounds.

We’re actually already three chapters into this intense round!!!

I’ll try to not spoil too much here. But since a friend requested some specific knowledge / pics pertaining to Yuuki, I’ll be a bit more relaxed when talking about our favourite taco lover.

After witnessing her middle school senpai, Hanada Kirame, play very well during the match for fifth place, Yuuki has opted to change her hairstyle to look like that of Kirame’s as a way to pray for good luck.

It’s been hinted that Hisa, who has always been observant when it comes to unnatural trends, has been controlling how Yuuki plays in order to adjust the latter’s tempo. Perhaps we’ll find out the results of Hisa’s directions and input as we watch how the god of the east round holds up against the interhigh champion, the dragon lord, and a yankee .

Speaking of which, the interhigh champion is slow to start since her special move that lets her analyze your playstyle, mindset, etc, only activates after the first round. If Yuuki gets to start as first dealer again and goes on a rampage like she had promised in the semifinals, Teru might be in trouble.

I’m personally not convinced Teru is guaranteed to do as well as she did in the seminfinals with Kuro hogging all of the dora, Yuuki going as fast as she can, and Satoha disrupting hands. As a result, Teru will likely be forced to do drastic things to increase the value of her hand, but then Yuuki’s quick play and Satoha’s meddling comes into play.

It’s very exciting to think that some players might be giving the strongest a challenge! Let’s just hope she’s not last dealer!

I had originally thought that she would just hoard the dora and be quite prone to dealing in or being very passive like she was back in the semifinals. The fans have been really hard on Kuro for her performance for many years. But I had also assumed she’ll start taking action towards the end of the round by discarding a dora, just like in the seminfinal.

However, the most recent developments have shown that I’m wrong. Wow! I won’t go into further detail here.

It’s very refreshing, however, to hear the others praise Achiga’s Dragon Lord. Just because the readers and the viewers are too mean towards Kuro doesn’t mean the other players ignore how hard she tries!

But to me, that’s her style in a nutshell. She disrupts riichi hands by calling to prevent ippatsu, she goes damaten to guarantee hits, she calls to allow others to land big hands on others. She’s a wild card, that one. And a normal player at that!

With several lukewarm / mediocre performances in a row, I hope Mako can really make an impact this time. Then again, this is the infamous sergeant round where not much ever happens…

With that being said, it’s possible that Mako might complete her favourite hand, which happens to be a yakuman: ryuuiisou or all-green. She mentioned this hand during the training camp when she tried to take her revenge on Senoo Kaori who completed a ryuuiisou due to her almighty beginner’s luck.

I’m saying this is possible because there’s a certain heat magnet playing at this table. And heat magnets aren’t interested in green tiles…

Her performance really depends on whether or not the other schools know about her tell and whether or not she has become aware of and fixed the aforementioned tell. Matsumi Yuu will probably play around her if Sumire still has her tell. I imagine Hisa has already noticed and informed Mako, too. Personally, I think Sumire is going to destroy Hao.

But I guess we’ll see.

The older Matsumi sibling outplayed Sumire several times in the semifinals and was able to soundly win against the jobber known as Izumi back in the quarterfinals, which shows that Yuu is quite adaptive against players with unique styles and players who try to abuse her own style against her (in my opinion).

I personally think Yuu will stomp all over Sumire if Sumire keeps the tell. But there’s also the possibility that Sumire might trick Yuu with a fake tell. Mahjong and mind games? It’s a more likely combination than you might think.

I really think Hao is overhyped and I personally think she’ll get destroyed by Yuu and Sumire. Mako might struggle a bit, admittedly, but she was starting to get the hang of Hao’s style in the semifinals by the end.

I think Hisa might be slightly disadvantaged or go even against Myeong-hwa Choe since she’s played out some of her tricks against the French/Korean beauty in the semifinals, but Hisa should still keep it competitive. Then again, I’m so shaky on guessing at what Choe can do…

If Hisa controls her impulses and doesn’t go for dealer repeats, then Takami should be controlled, too. Maybe.

For someone who is supposed to be sly, Ako’s playstyle is very straightforward. I imagine she’ll be dominated, as shown below, by the very sneaky Hisa. Maybe Ako coached Ako on how to avoid dealing into hell waits, but I’m not convinced. 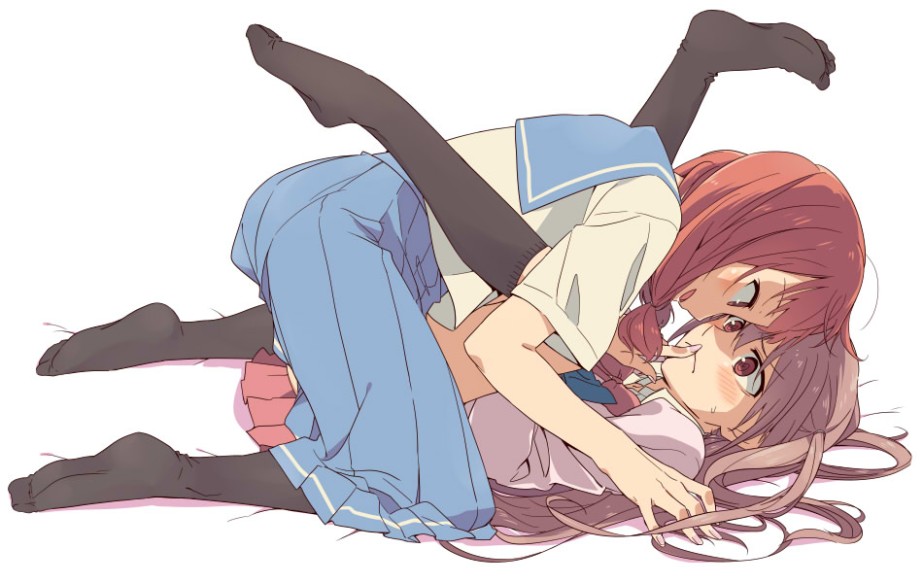 She’s a punching bag… but if the games drag on for too long, then she might be able to deal some major damage. If Takami is last dealer, then the others better end her turn quickly or else she’ll just spam daisangen all day long (might even be a tenhou+daisangen???)

Ako’s quick hands are a good counter against Takami, but she might let her greed win…

Hopefully she doesn’t get dominated by Hisa.

I’m really not sure on how Choe will fare. She’s good, but how good is she? Rinkai is so mysterious… 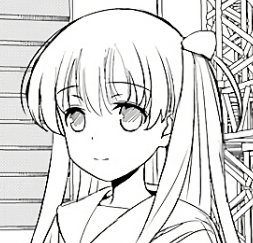 I think she’s way overrated and will get blasted by Megan again. Arata will probably do well against Nodoka, too, since she has two different styles and can switch things up. Seiko is probably going to get whooped by Nodoka, though.

All bets are off if Hisa manages to convince Nodoka to use her left hand, however. After all, Nodoka is left-handed but she draws and discards with her right due to how the people who taught her mahjong claimed it was improper. Ah, well, maybe I’m overthinking things, but Hisa really did look pensive after hearing that from Nodoka.

Would be cool if she redeemed herself, but I think Seiko is just too much of a joke… 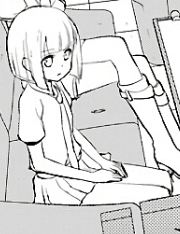 She keeps playing better and better in each round. I have high hopes for the bowling bowl queen. I’m just worried she won’t play as well now that they reached the finals, which is where Harue failed to reach. Then again, hearing Harue announce that she’ll become a pro after seeing the girls win at the interhigh got Arata really excited, so perhaps I’m overthinking things.

I like how her abilities have drawbacks and limitations. Since nothing about Megan’s skillset is absolute, however, it’s harder to predict results.

Hmmmm…I have very strong feelings about the Captain round, but I’ll save that for another blog post. Sorry!